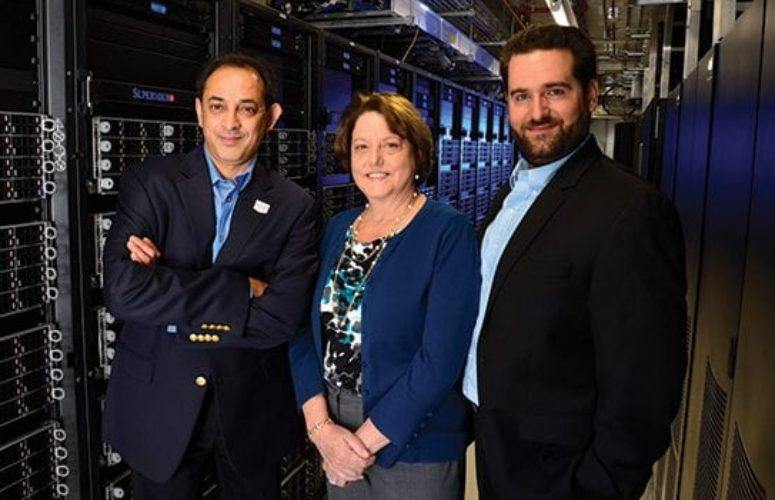 A number of New Jersey institutions of higher education are paving the way for businesses, state government and other academic colleagues to interpret, process and, overall, take advantage of the big data revolution that is upon us.

Through the New Jersey Big Data Alliance (NJBDA), advanced computing services are being delivered that will “truly enhance our innovative state … because you can’t innovate today without having access to advanced computation,” states Peggy Brennan-Tonetta, associate vice president, Rutgers Office of Economic Development and co-founder of the NJBDA.

The organization was established in 2013 when Brennan-Tonetta and Manish Parashar, director of the Rutgers Discovery Informatics Institute, were developing a business plan for the Center for Advanced Computation at the university. “We were looking at what other states were doing as far as building their advanced computing capacity. Since advanced computing is the next level of essential capability for any industry sector or academic discipline, we felt that New Jersey needed to develop a presence here besides what we were doing at Rutgers,” Brennan-Tonetta says.

An alliance was soon formed with other institutions in order to share resources, develop training courses, host workshops and symposiums and develop outreach programs to help businesses decipher big data. At press-time, nine institutions of higher education have joined the NJBDA and three more are in the process of joining.

Standing as the nerve center – or brain – of the NJBDA is Caliburn, the Rutgers University supercomputer that is identified as the second most powerful of its kind among Big Ten schools and the 8th nationally for academic institutions. In scientific terms, the computer has 140 TB of RAM memory; 218 TB of non-volatile memory; 560 nodes and 20,160 cores overall; and 677 TFlops peak processing performance.

The computer, which was operational as of January 2016, was purchased via a $10-million grant provided by the New Jersey Higher Education Leasing Fund. The name Calibur is an old English term for legendary King Arthur’s famed sword, Excalibur (Excalibur was also the name of a previous Rutgers supercomputer). The name is also a nod to the Rutgers Scarlet Knight mascot.

Rutgers, as the state’s public research institution, is sharing the powerful machine with other academic institutions. “It is a state resource and was never intended to be just for the use of Rutgers,” Brennan-Tonetta comments.

The NJBDA is planning on introducing its Industry Affiliate Program next month, where companies will be able to join and take advantage of its many resources. According to Brennan-Tonetta, this is for small to large-sized companies. However, “it is the small companies that really need the access. They don’t have the money or personnel to buy and maintain a [large advanced computing] system. Even the large companies don’t have the trained personnel to utilize these kinds of computers,” she says.

A membership fee is still being developed for program participation. Some of the many benefits the Industry Affiliate program would offer include: meeting and partnering with faculty, departments and centers at various member academic institutions; providing input in the development of curriculum for students and professionals; engaging graduate students who can assist with data-intensive business challenges; accessing data and case studies through a members only sandbox/database; participating in data sciences best practices workshops; and networking with big data industry, academic and government thought leaders, especially at the annual symposium the NJBDA holds; the most recent of which was at the New Jersey Institute of Technology.

The NJBDA is also focusing on the state’s cyberinfrastructure; the networking that connects systems together. NJEdge is managing this aspect. The organization is a non-profit technology consortium of academic and research institutions, responsible for networked information services and establishing standards for interoperability, achieving economies of scale and supporting productive use of technology across academic institutions. According to Brennan-Tonetta, “The goal is to increase bandwidth so we could get more data to flow through the network.”

In 2014, the NJBDA was formally recognized by Governor Christie and the State Legislature as “New Jersey’s Advanced Cyberinfrastructure Consortium.”

Brennan-Tonetta comments that a bill is currently in the Legislature that would allow the NJBDA to work with the state in developing a cyberinfrastructure plan. “This would entail looking at: existing networking capabilities; the different computing capabilities at the various universities; and what governments needs are. … You can only imagine how much data the government has,” she comments.

The NJBDA is essential, Brennan-Tonetta concludes. “Everything is being done by technology and data today – it doesn’t matter what industry sector you are in. This will help in terms of building New Jersey as truly an innovative state.”

‘Eds and Meds’ Growth is Key to New Jersey’s Future