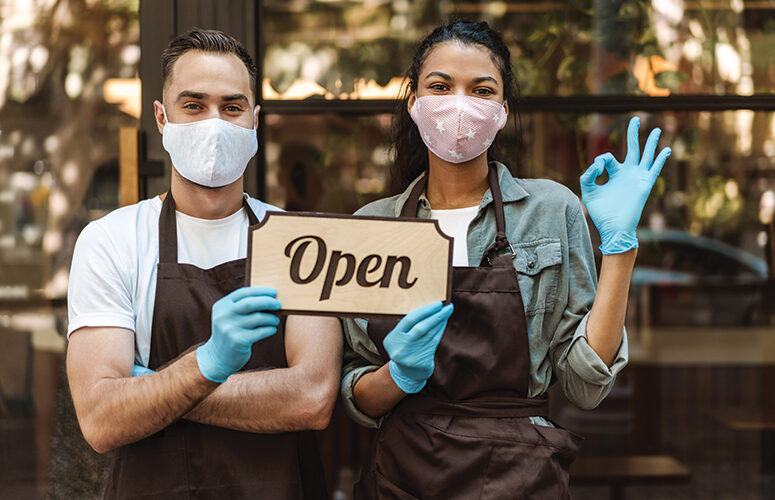 NJ Banks Boost the Economy – and Their Communities

Financial institutions are helping struggling and successful businesses alike as they simultaneously engage their communities.

New Jersey banks are bolstering businesses during the ongoing coronavirus pandemic with assistance ranging from desperately needed Paycheck Protection Program (PPP) loans and other similar measures meant to ensure companies survival, to loans for successfully growing and expanding firms. Amid this “tale of two loan types,” financial institutions are additionally aiding their communities via philanthropy.

The pandemic’s woeful start included an initial PPP in early April 2020 that consisted of funding shortages and other concerns, but when Congress added $320 billion to the PPP, monies reportedly flowed more smoothly at the end of that month. Investors Bank was among those facilitating PPP lending, and its Chairman and CEO Kevin Cummings tells New Jersey Business, “We were able to fund $340 million in 36 hours. I went from people yelling at me to thanking me for this lifeline.”

Provident Bank was also providing lifelines, such as a PPP loan to Flemington-based Waltron Bull & Roberts, a water quality instrument manufacturer and Navy partner that was beset with coronavirus-related European supply chain issues. The loan kept its employees whole.

A new, national PPP round commenced this January, but it has seen lower volume, according to multiple data points. Steve Guidette, market president, commercial lending, for New Jersey and New York at Provident Bank, explains that while his institution made 1,200 loans for more than $400 million in the first PPP rounds, the bank more recently has only needed to make approximately 700 loans for about $170 million. The U.S. Small Business Administration similarly reported 5.1 million nationwide PPP-approved loans in 2020, compared to 4.4 million nationwide PPP loans in 2021 (as of April 11).

While government changes to the PPP have resulted in smaller loan amounts in many cases, Guidette adds, “Beyond that, the volume [of loans] is reduced, which I take as a decent sign that the economy maybe isn’t as rough as people thought it was.”

Northfield Bank President and CEO Steven Klein generally concurs, saying, “Probably 60% fewer of our customers are coming back for the second round of PPP. That’s a good thing. It means they are not experiencing the same level of distress they were in the beginning [of the pandemic].”

That said, Provident Bank is offering various relief for some of its customers with either interest waived – or both principal and interest waived – in scenarios that range from “extreme” to “minor,” Guidette says, adding that such relief is reevaluated every two or three months.

And while such helpful loan deferrals are possible, banks are generally loathed to loosen credit standards, with several bankers underscoring that these standards are effectively the bedrock of the banking community.

When asked about advanced loan scoring systems typically used by larger banks, Northfield Bank’s Klein echoes some other bankers’ sentiments, saying, “I wish we could say we have algorithms, but as a community bank, we still do the traditional underwriting. [For businesses] that are having problems … we will change and be more conservative on our underwriting standards, meaning loan-to-values, and service coverage ratios on things that we think are higher risk.” He adds that Northfield Bank – like other banks – may require personal guarantees.

Overall lending today, again, is part of a broader and now familiar economic pattern that has, on the one hand, funded both struggling entertainment venues, restaurants, hotels, etc., and on the other hand, funded soaring e-commerce operations and other successful companies. Guidette cites a Provident Bank customer that manufactures “sanitization-type wipes” and has recently tripled its business.

“That is a rare exception [that represents] about 10% or 15% of our clients,” he says. “The other 85% or 90% are not having that kind of success. Some people are trying to keep their doors open and others are doing better than that; it does vary from client to client.” Another lending category is businesses that successfully pivot from offering one product to selling another, such as in the case of a salon hair care product manufacturer that now sells sanitizers.

Whatever scenario business owners find themselves in, Guidette says, “I would recommend to any client: Make sure you are talking to your banker. Good, bad or indifferent, your news today is more important: We need to know today what is going on. It’s important for us, it is important for you.”

Loans Already in the Works

But the “banks-boosting-the-economy” equation is even more complex than as described above. Investors Bank, for example, had a banner year for loans, and Cummings says part of the success was the result of closing deals that had pre-pandemic origins. A $25-million loan to a college in Massachusetts is one example.

He also says, “I think in some aspects, [new] customers are not feeling the love from their current banks. Some of the [financial institutions] – I am not throwing the larger banks under the bus or anything – but, they’re tightening their credits and it’s sort of like a flight to have quality [customers].

“For example, there might be a customer that we were trying to get for a number of years. All of a sudden, [that customer’s] bank is saying, ‘Well, instead of having a $3-million line of credit, we want to reduce it to $2 million because 2020 was a down year for you … you had less income than you had in 2019.’ … [Those customers] were looking at their pipeline and financing needs … all of a sudden … our [bank’s] calling efforts are being more fruitful and productive.”

Describing it as a “picture of the New Jersey economy,” Cummings says that Investors originated $634 million in commercial and industrial loans, $148 million in healthcare, $175 million to what is essentially various industries with new investors, $421 million in equipment finance, and $209 million in whole life insurance policies in 2020.

“It was really a strong year, and we expect 2021 to be better,” Cummings says. “When you look at our total originations, we’re over $4 billion when you include commercial real estate, business and residential.”

If banks are aiding customers financially, they are likewise building communities via overall community involvement and philanthropy, such as Investors Bank providing money to the non-profit organization Greater Trenton for small business loans. The bank helped the Summit Business District in the same way. In broader terms, Cummings says, “Over the past year, we have awarded more than $4 million in grants [through the bank’s foundation], and probably another $1 million from the bank itself.”

Provident Bank awarded 109 grants to non-profit organizations totaling $949,540 and supported areas such as “community enrichment, education and health, and youth and family organizations.”

Meanwhile, Northfield Bank’s Klein says, “We were really focused on the most immediate needs, and a lot of that – surprisingly enough – was food. We did a lot of support for food banks, not only in bank donations, but by getting the employees involved, too.” The bank has an entire foundation focused on helping different communities from New Jersey and Brooklyn to Staten Island.

While various, unfolding coronavirus pandemic scenarios are unclear in so many ways, banks will likely continue strongly lending in 2021, while they aid their communities.

Echoing a sentiment expressed by others, Provident Bank’s Guidette says, “Simply put: We have never stopped lending … we have been lending since 1839.”