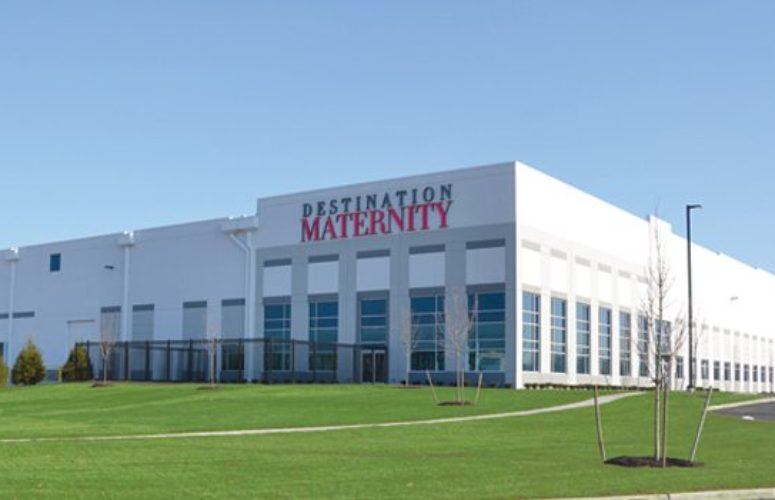 New Jersey’s industrial real estate market is on a roll, fueled by logistics in general and e-commerce in particular. Even manufacturing is making a comeback, and submarkets across the state are booming, almost without exception. Leasing is brisk, as is new construction, and institutional investors are very much in play.

Location is key, and state and local incentives are adding fuel to the fire. There are concerns about the transportation infrastructure, but in the broader picture, optimism abounds.

“It’s incredibly strong – so competitive,” says Jed Degnan, vice president-investments for the Oak Brook, Illinois-based CenterPoint Properties, which has substantial holdings in the Garden State. “The vacancy rate keeps dropping, and we’re tracking north of 50 active occupiers searching for 100,000 square feet or more  in North and Central Jersey. There just aren’t a lot of places for them to go, and that’s driving spec construction.”

“The market remains strong,” says Andrew Siemsen, senior director of Cushman & Wakefield in Edison. “We continue to see e-commerce firms active in the market, and we still have the port as a driving factor.”

Cushman & Wakefield’s research pegs the statewide vacancy rate at 8.2 percent, with 2.1 million square feet of net absorption in Q4 of 2014, bringing the year’s total to 11.7 million.

“Leasing activity continues unabated as the amount of vacant space improved to its lowest level since Q3 2008,” says Matthew Dolly, director of research for Transwestern in Parsippany. “Despite 1.4 million square feet of new delivery in Q4 2014, the vacancy rate declined to 7.8 percent from 8.2 percent the previous quarter, and 7.9 percent year-over-year.”

“We’re very bullish,” says Joseph Taylor, president and CEO of Matrix Development Group in Monroe Twp. “We’re in an aggressive drive to buy additional land. We believe in spec industrial, and the medium- and long-term prospects are very good.”

“This recovery has been top-down rather than bottom-up,” explains Alex Previdi, managing director for Transwestern. “In the past, we’ve seen smaller users – 15,000 to 20,000 square footers – come back first. This time, larger users came back into the market first, and with smaller users coming back as well, leasing velocity is back with a vengeance.”

State and local incentives for business are being given some credit for  the recovery. “I was speaking with someone heavily invested in Pennsylvania, wondering when the New Jersey incentives might be going away because they’ve had an impact on their market share,” says Taylor. For his part, Matrix has been utilizing payments in lieu of taxes (PILOTs) quite a bit. “Any town that can facilitate a PILOT has a leg up competitively.”

“I’m completely bowled over by the way the state and most municipalities are able to roll up their sleeves and work with users to get them what they need to bring the companies and the jobs to their door,” Degnan says.

Most agree, as mentioned, that logistics is leading the charge. “E-commerce has led the way,” Dolly says. “Everybody’s looking for big-box warehouses. We’ve got a low vacancy rate, which would probably be lower if you took space that’s old and antiquated and needs to be redeveloped out of the equation.”

Matrix’s Taylor confirms that larger deals are “largely Internet-based retail. There are larger users up and down the Turnpike utilizing modern, high-bay warehouses with lots of truck parking.”

It’s all about proximity to market. In the past, the trend was to locate “incredibly large distribution centers in certain areas,” Previdi says. Such centers are still being built, of course, “but what we’re seeing now is many distributors bringing their centers closer to the population.”

James Whitesell of Whitesell Construction Co., Delran, agrees: “We’re going to see more in-fill style businesses, with some of the bigger companies looking to not only have big-box buildings to handle fulfillment, but also going into some submarkets with smaller buildings so they can be more nimble in reaching customers.

“There’s definitely a lot of third-party logistics (3PL) and logistics-style companies looking for space,” he says. “It’s all part of the process of getting deliveries to customers faster. The whole supply chain of products from retailers is being handled by 3PL companies.”

“It’s a bone of contention,” McGuinness confirms. “New Jersey established a reputation years ago for having a wonderful transportation infrastructure, and while the ‘bones’ are still good, it’s deteriorated. We don’t have anywhere near the capacity we need, and it’s time to pay the piper. This current robustness isn’t going to last forever if we’re not maintaining the roads and rail.”

The Turnpike widening in Central and South Jersey is helpful. Taylor terms it “a major event in the distribution business in New Jersey. But we’re concerned about the Transportation Trust Fund.”

With all this talk about logistics, what about manufacturing? As reported in New Jersey Business, it’s making a comeback in the Garden State. Is it having an impact on industrial real estate?

“I see a comeback in terms of its impact,” Siemsen says, noting that it involves “certain sectors” of manufacturing.

Montagano also sees “a certain amount of demand coming out of the manufacturing sector, but it isn’t as significant as these other deals, so we just don’t hear about it as much. It tends to be smaller scale in size.”

“The interesting thing we’re seeing is that it is very high-end specialized manufacturing, which a manufacturer might have tried to do someplace else and realized they weren’t getting the high-quality product they needed,” Previdi says. “So they’re bringing it back here – New Jersey has a highly skilled workforce.”

Overall, in terms of how the various submarkets are doing, “the Meadowlands has always been a strong market,” Previdi says. “The one thing you can’t change is location, which drives many, if not most, transactions, and the Meadowlands’ location is just dynamic.

“While many users might prefer a building that may be more modern, or have a better ratio of loading, they realize, at the end of the day, that to service their clients, whether they be in New York City or somewhere else, they really need to be in the Meadowlands,” he says. The port submarket, just to the south, is also seeing “an incredible amount of demand, pushing rental rates,” he adds.

A little further to the south, Transwestern’s Dolly takes a look at Central New Jersey and, specifically, the Turnpike 8A market. “Exit 8A has grown from a much smaller market in the ‘90s to a 58-million-square-foot market with just a 6 percent vacancy rate. The widening of the Turnpike between Exits 6 and 9, and with Amazon being there as well … that’s setting the tone for more development.

“People are trying to find land down there to develop, and it’s easy to imagine that companies would even be looking further south,” he says. “7A and 8 could become hotter markets as well, mirroring how Exit 8A has grown over the past 15 years.”

“8A remains strong based on the institutional characteristics of the product there,” Siemsen says. “It works for regional and national distribution companies.”

And for South Jersey, the market is “clearly in an expansion mode,” NGKF’s Montagano says. “We’re beyond recovery and into the expansion part of the economic cycle. We’re seeing a lot of spec construction, and a lot of confidence among the development community.”

He pegs the 2014 year-end vacancy rate for the Greater Philadelphia marketplace, including Burlington, Camden and Gloucester counties, at 9.2 percent. Asking rents are generally in the $4.25 to $4.75 range, with the higher number for build-to-suits. Some properties, based on the tenant improvement budget, “are going above $5 per square foot.”

According to Whitesell, “the Burlington County submarket is doing quite well. We’re seeing a lot of development.” He points to The Haines Center, his company’s 800-acre property in Burlington and Florence townships, where two build-to-suit for lease projects have recently been completed – the previously mentioned Burlington Coat and Destination Maternity projects.

“Northern Burlington County has been very attractive for big-box logistics users because of its location and proximity to the Turnpike and Pennsylvania, and the commuter rail line,” he says.

And as far as new construction overall statewide, “there’s definitely an uptick,” Siemsen says, “including in the area of the port and Exit 12 of the Turnpike, where we’re seeing a lot of higher-ceiling buildings. It’s still a speculative market in terms of new construction.”

Matrix, meanwhile, just completed a 550,000-square-foot facility fronting the Turnpike in South Brunswick, according to Taylor. This follows two spec buildings the company completed last year at Exit 7A that were quickly leased up to Vulcan Tire (180,000 square feet), and La-Z-Boy (220,000). “We’re working on two different acquisitions, each of which could support about one million square feet of additional spec,” he says.

Montagano points to four major buildings under construction, slated for a 2015 delivery. Liberty Property Trust is under construction on 633,000 square feet in Florence; Clarion is working on two buildings, 178,000 and 477,000 square feet in Burlington Twp.; and Liberty is also working on a 210,000-square-foot spec building in Gloucester County’s Commodore Business Center.

What kind of demand will those properties see? One hint: “Liberty completed a 240,000-square-foot spec building in the Pureland marketplace last year – and leased it to Amazon before it was finished,” Montagano notes.

One possible deterrent to some new construction, particularly build-to-suits, is that “there are such constraints on large blocks of land,” Taylor says. “It is difficult to keep parcels flexible for subdivision for different types of users, which is one of the reasons we’re moving more and more in spec building.

“The fact that interest rates are so low allows you to build and finance your construction at a reasonable price,” he says. “We’ve seen this in the past, where the costs of construction are going up faster than the cost of money to build it. So, from an overall economic perspective, it makes sense to go ahead and build it in today’s values even if you’re not leasing it until tomorrow or the next day.”

For the product that has been built, what’s the outlook in terms of investment, particularly the institutional variety? “The investment sale market is red-hot,” Montagano says. “Capitalization rates are incredibly low, especially for single-tenant, net-leased industrial buildings. There’s probably more money chasing it now than there has ever been. That’s driving cap rates down.”

“There are new buyers in New Jersey every single month,” says CenterPoint’s Degnan. It’s very competitive, and everyone’s money is green. Everyone is an all-cash buyer. Everyone closes in 30 days, no one has contingencies, and what you find is that all the big national and international institutional owners are in the New Jersey market vying for the same product.”

“With the cap rate compression, the numbers you hear about on these deals are kind of staggering,” Previdi says.

And with demand so high, “that keeps us all building, and building the right product because of the institutional players in the market,” Taylor says.

What’s ahead for 2015 and beyond? “We’re looking for 2015 to be a banner year – the demand for industrial space right now is probably as high as it has ever been,” Montagano says. “I would say the only thing that would slow it down is the ability to not only get these spec buildings completed, but to get other buildings approved and out of the ground because there’s clearly a lack of class A industrial space available on the market right now.

“We did a survey of anything 100,000 square feet or better available in the South Jersey market now and counted five buildings,” he says.

The various projects previously mentioned should help correct that problem, and Whitesell says that as far as 2015, “we’re off to a good start. Cushman & Wakefield’s Siemsen agrees: “I’m optimistic that the economy’s getting better, and that should help the industrial markets to continue to remain strong,” he concludes.