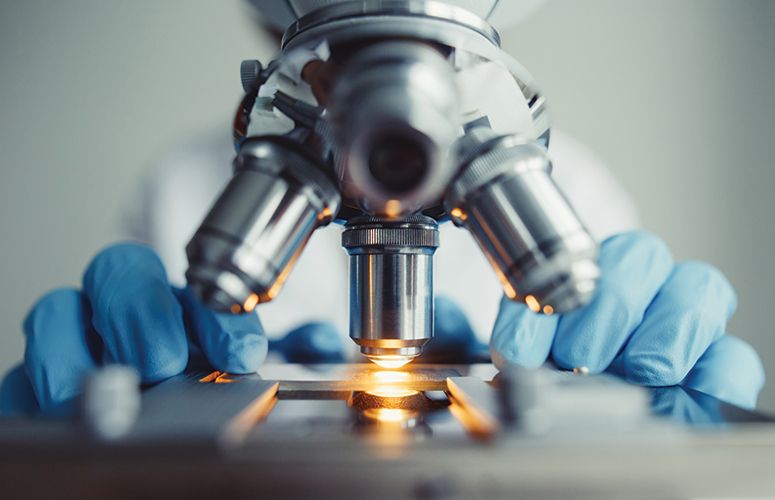 New Jersey Has All the Ingredients to Grow an Innovation Economy

From an unmatched talent pool to a wide variety of initiatives, the state is an innovation lightning rod.

Throughout history, New Jersey has become synonymous with innovation – and rightfully so. The state was the workplace of Thomas Alva Edison – universally lauded as the greatest inventor ever. It is the birthplace of the transistor, band aid and motion picture camera, to name just a few examples. The state is also home to nine-time Nobel Prize winner Nokia Bell Labs, which is currently working on the next generation of internet technology.

“We have the most scientists and engineers per square mile in the world,” says Anthony Cicatiello, president of the Research & Development Council of New Jersey.

This rich history planted the seeds for innovative industries such as biotechnology, telecommunications, healthcare, pharmaceuticals and more, to grow into the high tech hubs, clusters and chests that we see within the state’s borders today. And yet, this growth is just beginning.

It takes more than just historical roots to maintain the innovative momentum that the state was able to spark throughout its history, so why else has New Jersey become such a hotbed for high-tech breakthroughs and inventions?

“New Jersey has the infrastructure needed for a company to thrive. It has an incredible pool of STEM talent, access to capital in the New York region, major airports to travel locally and internationally, an exceptional location near government regulators in Washington DC, and a superior electrical power grid required for the next generation of companies,” says Cicatiello, adding that the state is also a great place for a high-tech company’s employees and their families to live, with the second highest regarded K-12 public education system in the country.

Dedication to an ‘Innovation Economy’

Last October, Gov. Phil Murphy unveiled his economic development strategic plan, with the goal of putting innovation and diversity at the forefront of the state’s economy – in other words, building a dynamic, 21st century innovation economy.

Brian Sabina, New Jersey Economic Development Authority (EDA) senior vice president, office of economic transformation, says the EDA defines the innovation economy as the focus sectors that drive the number – and quality – of jobs over the next 5 to 10 years. These sectors include areas such as biotech, clean energy, advanced manufacturing, advanced transportation logistics, the revolution in non-retail food and beverage, cybersecurity and more.

“The innovation economy includes both the startup world as well as mid-sized and larger companies that are making investments in new discoveries, business models and things that are being disruptive,” Sabina says.

“An innovation economy is driven by a vibrant innovation ecosystem sustained by a state’s public, private and academic sectors,” says Dean Paranicas, president and CEO of the Healthcare Institute of New Jersey. “As we’ve seen elsewhere in California, Massachusetts and North Carolina, public and private research universities – bolstered by their state governments – are the hubs that support the research and development needs of innovator industries, with their companies setting up shop nearby on the spokes.”

Paranicas says that New Jersey’s challenge is to stimulate these sectors to further collaborate to create synergies that support a thriving innovation economy.

“This will entail capitalizing on our existing strengths – an innovation legacy spanning more than a century in chemicals, the life sciences, telecommunications and food processing – as well as developing new ones, to complement an enhanced academic environment and a skilled workforce,” he says.

New Jersey has also long been touted as one of the most diverse states in the country and Sabina sees this diversity as a defining characteristic of the state’s innovation ecosystem moving forward.

“More and more, you are seeing innovative companies focus on diversity. [They are looking at how] to build a diverse workforce in terms of the makeup of their staff to the perspectives they have. New Jersey has the most diverse technical workforce in the country,” he explains.

“New Jersey is an innovation hub – it has the talent pool that can produce the next generation of research breakthroughs and, in the last year, we have started to see the development of policies and programs that support a competitive innovation economy,” Cicatiello says.

One such example is ResearchwithNJ.com, a free portal collecting scholarly output from five of the state’s powerful research universities to facilitate collaborations with innovator industries. The portal showcases the state’s expertise in STEM fields, and includes the professional profiles of some 3,500 academic researchers from the New Jersey Institute of Technology, Princeton University, Rowan University, Rutgers University and Stevens Institute of Technology.

“Critical to leveraging the research pipeline in New Jersey is industry-academic partnerships. The ResearchwithNJ portal gives companies, both in and out of New Jersey, seamless access to the talent and research priorities at the major research universities. This access will provide immense opportunities for the creation of partnerships that result in future innovations for decades to come,” Cicatiello says.

“This state has the potential to lead the nation in creating the technological breakthroughs of the next generation … developing products and services that will change our world,” James Barrood, president and CEO of the New Jersey Technology Council, adds.

One issue New Jersey currently faces is a lack of venture capital investment in the state.

The New Jersey Innovation Evergreen Fund, recently announced by Governor Murphy, will aim to dramatically increase the amount of venture capital investment here, providing approximately $500 million in capital to startups. Through the fund, the state will competitively auction state tax credits to existing corporations looking to contribute to the innovation economy, raising approximately $250 million over five years. The state will then co-invest the auction proceeds, alongside at least $250 million in funds from venture capital firms into high-tech startups that agree to locate in New Jersey.

Kathleen Coviello, vice president of technology and life sciences investments at the EDA, says the fund will look to coalesce a community of investors, making them readily available and easily accessible for entrepreneurs.

“We hear from companies in other states and other countries on a regular basis that are considering establishing a United States presence, and New Jersey is always on the list – and we frequently ‘win the day,’” Debbie Hart, president and CEO of BioNJ, says.

However, she also points out the need to be realistic about the fact that New Jersey is not a low-cost state, and that the structural budget deficit presents challenges every day. She adds that while businesses are indeed coming into the state, it is imperative to not only keep the businesses the state has, but also ensure that it acknowledges and cultivates opportunities that are being left on the table.

“The cost of living in New Jersey can cause business executives to hesitate before making a decision about expanding here or whether or not to move to another location,” Cicatiello says. “We have to be sensitive to the flexibility that companies have today in location and relocation.”

The key is getting the right message out to the innovation community about New Jersey and its high quality assets.

“We are in a competitive environment and we need to remain cost conscious for a business and its employees to live here,” Cicatiello continues. “But, without a doubt, we have a product that will work for them. New Jersey’s innovation stakeholders need to work together to tell the story of New Jersey and its assets to showcase the value of innovating in the Garden State.”

“At the end of the day, we are all committed to making New Jersey an even better place to be for its citizens and for businesses – we just need to get alignment on our ideas and how to get there,” Hart concludes.