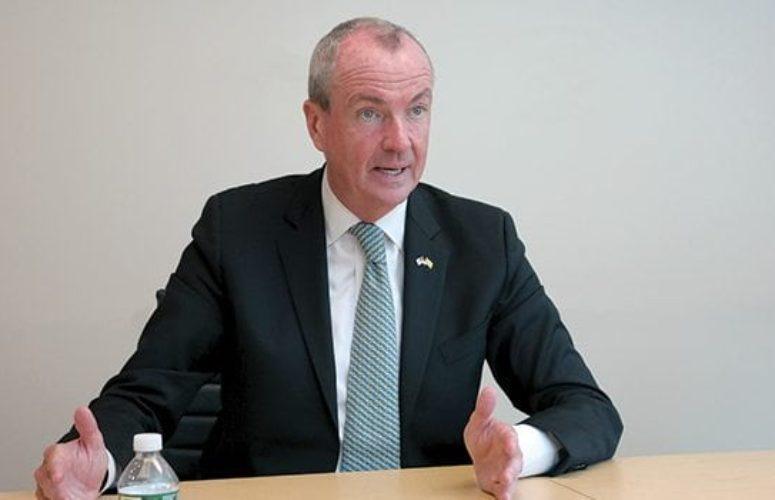 Governor-elect Phil Murphy being interviewed by New Jersey Business this past August.

On January 16th, Phil Murphy will be sworn in as the 56th governor of the State of New Jersey. He won the November 7 election against Republican candidate Lt. Governor Kim Guadagno by receiving 1,203,110 votes compared to Guadagno’s 899,583 (56 percent vs 42 percent).

It was an election that Jim McQueeny – a longtime communications professional, head of Winning Strategies Public Relations, senior council to Murphy’s campaign, and advisor to the new administration’s transition team – called different in that Murphy never wavered from a 15 point lead he held against Guadagno throughout the campaign.

The reason for this, he explained, can be seen through quick tracking polls that were defined by “word clouds,” the biggest of which were: Change, Christie and Trump.

At the New Jersey Business & Industry Association’s 2018 Impact Symposium, held last month, McQueeny described Murphy as a progressive who made many campaign promises, and even though he will face budget realities, coupled with the impact of pending federal tax reform when he takes office, he will “move to redeem those promises at the front end of his administration.”

Speaking at the New Jersey League of Municipalities’ annual conference, held this past November 16, just nine days after the election, Murphy told the audience he wants to find common ground on public policy areas in order to move the state forward.

Growing the economy and creating good jobs and new opportunities for business, he said, is his No. 1 priority. In making the economy fair, he is asking the wealthy and the biggest corporations to pay their fair share. “This is not class warfare. It is equity, and the payoff will be a state where the middle class regains its footing and the economy thrives for everyone,” he said.

The governor-elect’s transition team, at press time, is a diverse group of more than 500 people. This will match his administration, which he said will be “a team that matches the diversity and talent of the state.”

His first cabinet pick was naming Sheila Oliver, Murphy’s running mate as Lt. Governor, as head of the Department of Community Affairs. His pick for attorney general is Bergen County prosecutor Gurbir Grewal. Assemblywoman Elizabeth Muoio was nominated as treasurer. Former Passaic County freeholder Tahesha Way was picked as secretary of state. Peter Cammarano will be his chief of staff (he served in the same capacity under Governor Codey), and Matt Platkin, a lawyer who was policy director during the campaign, will be Murphy’s chief counsel.

Of his administration, Murphy said, “We are going to do our homework and ask a lot of questions. We will make decisions after careful due diligence … facts and science will matter again. We will give 110 percent to rebuild our state from the bottom up and the middle out.”

Make the Most of Your NJBIA Membership in 2018