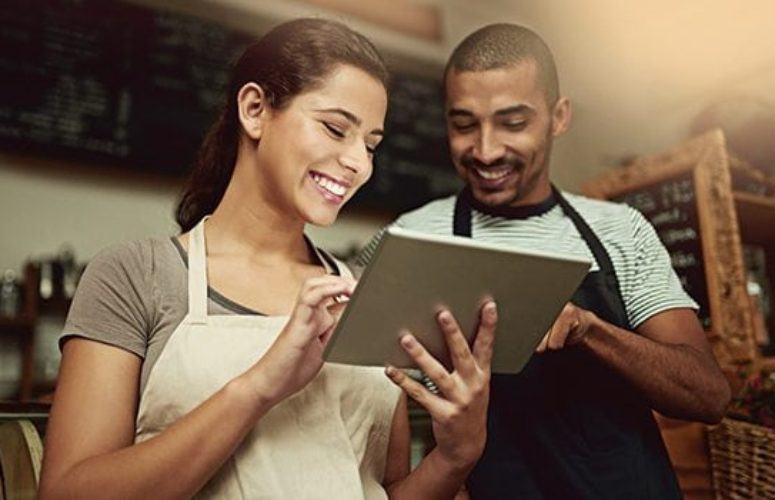 All companies face challenges, but some are unique to women- and minority-owned firms.

Businesses owned by women and by Hispanics, Asians, African Americans and other minorities face the same economic and workforce challenges that other proprietors do: there are high taxes and slow payment by clients; some are still dealing with the sluggish recovery from the Great Recession; while others are having trouble attracting or keeping qualified workers. But many women- and minority-owned businesses tend to be small and they can face additional challenges in trying to compete with, or get contracts from, larger companies. Still, many have found ways to succeed on their own, and others rely on getting help from the diverse chambers of commerce around the state.

The most recent statistics on business ownership from the US Census Bureau are dated, since they are from the 2012 Survey of Business Owners conducted every five years. Still, they give an idea of the business landscape in the state. They show that New Jersey had 237,242 minority-owned businesses and 252,944 women-owned firms, with 101,003 of those owned by minority women. They made up nearly half of the state’s almost 800,000 firms with paid employees and sole proprietorships that year. Three in 10 businesses were owned by African Americans, Hispanics, Asians and those of other races and ethnicities, while almost a third of all firms were headed by a woman.

More recent Census data from 2014 on firms with paid workers showed 22 percent of about 184,000 businesses were minority-owned and 18 percent were owned by women – 12 percent by non-Hispanic white women and 6 percent by minority women.

Those numbers and percentages had, for the most part, been increasing for women and minority owners, while the total number of firms owned by whites declined between 2007 and 2012, according to a report from the US Small Business Administration’s Office of Advocacy.

And the numbers seem to be rising again, at least for some types of businesses.

“Numbers don’t lie. There are now more than 116,000 Latino-owned businesses in New Jersey contributing approximately $20 billion towards the state’s economy. As such, it is clear [that] the business climate for our membership is extremely positive,” says Jazlyn Carvajal, executive director of the Statewide Hispanic Chamber of Commerce of New Jersey. “Our greatest undertaking is, and has always been, providing the requisite education, training and opportunities to ensure that our members grow their businesses.”

The Hispanic chamber was formed in 1989 with a goal to foster, mentor and train Hispanic business owners. It also works to encourage mutually beneficial ties with the public and private sectors, serve as an active and visible advocate in the political process and actively promote trade within the state, nationally and internationally.

Carvajal says one of the chamber’s most effective programs is the Hispanic Entrepreneurship Training Program, which provides free small business development and operational training for both new entrepreneurs and existing business owners. It is a partnership between the SHCCNJ, the County of Hudson and the Hudson County Community College-Center for Business & Industry. The program received an operating support grant from the Center for Hispanic Policy, Research and Development within US State Department. Classes are taught by bilingual subject matter experts. Additionally, the program provides experts who individually coach existing businesses.

Getting contracts from government or larger companies can be a struggle for small businesses of all types. While some opportunities exist to give women and minorities a leg up on contracting, they are not enough and are difficult to negotiate, several owners say.

“Being a Woman and Minority Owned business has helped open doors through some EOE (Equal Opportunity Employer) programs,” says Chaya Pamula, an Indian immigrant and co-founder, president and CEO of PamTen Inc., a technology services company based in Princeton with branches in Canada and India. We work with many clients of all sizes. But, one of the challenges we face is working with the government.”

“The RFP process is extremely laborious,” says Prasad Tenjerla, co-founder with Pamula of PamTen and its COO. “Being a small business, it has been a real challenge to find the right people to respond to these requests thoroughly and in a timely manner. It’s been necessary, and beneficial, to stay in touch with organizations like the SBDC (Small Business Development Centers) and remain engaged with them so we can get the most current information to properly proceed.”

“I really don’t think there are many set asides,” says Cara Marcano, whose Reporte Hispano is a small Princeton-based full-service digital media company that includes a newspaper and news website, as well as provides a host of other services such as translations and human resources consulting. “We really need to have a conversation about this. I want to make sure women-owned businesses are getting government contracts.”

She also says large corporations “should be practicing diversity in procurement” to help smaller minority- and women-owned businesses.

Pamula and Tenjerla agree that dealing with corporations is a challenge.

“You register under their supplier diversity programs, but there is little or no response or interaction from the company,” Pamula says. “It sometimes creates a chicken-and-egg process, where they ask for the experience to get the project, but to get the experience, you need the project.”

This is another area in which chambers of commerce try to help.

She says there are many benefits to working with minority firms. In addition to supporting diversity, these firms typically are: strongly committed and dedicated to their work and their clients; have a high level of skills and provide services responsive to clients’ needs; and are hard-working. One job the chamber takes seriously is spreading that message.

Some businesses, particularly those related to construction, have been hurt by general economic trends.

“In New Jersey, we have seen a slowdown in the infrastructure area since 2010,” says Andrew Leung, president of Yu and Associates, an Elmwood Park consulting engineering firm providing site and civil, planning, geotechnical and environmental services. “Unlike New York state and New York City, where there are major improvements in transportation related infrastructure, very minimal activities occurred in New Jersey. Many major large scale New Jersey Department of Transportation and New Jersey Turnpike Authority design projects are on hold,” except for those by the Port Authority of New York and New Jersey.

Celebrating its 25th year, YU is a Minority Business Enterprise and is certified as a Small and Disadvantaged Business Enterprise (SBE/DBE) with numerous state and local agencies. Because of its smaller size, YU is finding it a challenge to attract and keep a qualified workforce.

“There is a shortage of mid-level to mid-high level experienced professionals, particularly engineers,” Yu says. “This may partly be due to the relatively low number of college students enrolling in construction related engineering about 10 to 15 years ago when the .com and IT businesses were attracting many of the younger people. Firms in the same line of business have been trying to take experienced staff from each other, making it difficult for many to maintain the needed qualified and experienced staff. This has become a hardship, particularly for smaller firms that have put in significant efforts in staff training – both time and money.”

Yu says it has also become challenging to attract entry level workers due to changes in the H-1B visa, which allows employers to temporarily employ foreign workers in specialty occupations.

Despite problems with the visa system, minority business owners have no complaints about the Trump administration’s handling of immigration issues.

Marcano says there does not seem to be a major change in policy yet, noting the Obama administration was aggressive in detaining and deporting undocumented immigrants.

PamTen’s owners say that they “strongly object” to illegal immigration.

“There should be a better way to implement these procedures, including educating everyone involved in the process,” they say, referring to both immigrants and employers. “The rules and regulations have impacted those who want to come here legally and through the proper channels. There needs to be a balance.”

On the other hand, all say it is important to have a diverse workforce.

“We have proven, through our numbers and strength in community, that diversity and inclusion are indelibly the fabric to which all success will be predicated on in the future,” Carvajal says. “A diverse workforce and small business community that reflects the citizenry as a whole and provides different and new ideas is at the center of all growth models.”

John E. Harmon, Sr., founder, president and CEO of the African American Chamber of Commerce of New Jersey, says one problem hampering businesses is that the state no longer has any goals for minority- and women-owned businesses. This is something his organization is discussing with the Christie administration. He says the state should conduct a disparity study to determine whether minority- and women-owned businesses have equal access to contracting opportunities with the state.

“One of the biggest challenges for our members is getting more of New Jersey’s corporations and mayors to view African American businesses from an economic value imperative and to seek ways to be more inclusive in opportunities,” says Harmon, the former chairman of the National Black Chamber of Commerce. He adds that “if the private sector saw the public sector embracing” the practice of meeting MWBE goals for contracting, they would follow suit. He also suggests that government incentivize the use of businesses in urban communities, similar to the way companies recruit foreign talent through the H-1B visa program.

There are benefits to working with minority-owned firms.

“By leveraging diversity you potentially expose your organization to talent that can bring innovation, increased efficiencies, access to diverse markets and a diverse customer base, cost savings, increase profitability and a strengthening of New Jersey’s competitiveness,” he says.

The NJ LGBT Chamber of Commerce acts as other chambers do in creating opportunities for business growth and advancement for its members. But it also supports members “in their efforts of finding the right solutions to prevailing issues, such as finding employment, seeking legal advice for discrimination or [assistance] in relocating to this great state,” says co-president Tamara A. Fleming.

She says discrimination remains a concern among owners, although the landscape has improved.

“In my opinion, things are getting better, although there are numerous articles where LGBT business owners report a loss in sales when a prospect declines to work with them because he or she is gay,” Fleming says. “There is still a lot of work to do. … Our New Jersey chamber is an affiliate of the national chamber (NGLCC) and we’re all working to advocate for LGBT business equality. We have seen and will continue to see more progress in this area locally and internationally with continued efforts to leverage equality for all.”

Fleming says client and businesses should work with LGBT business owners because they are, like any entrepreneurs, hard-workers who want to provide the best service for customers and make a living to provide for their families.

“Businesses choosing not to do business with LGBT companies really miss out on talent, expertise and much more by being closed minded and judgmental,” she adds.

Just as there are certifications for minority- and woman-owned businesses, an LGBTBE certification can give businesses owned by members who are gay, lesbian, bisexual and transgender a boost.

The Expanding Leadership Roles of Women at New Jersey Banks