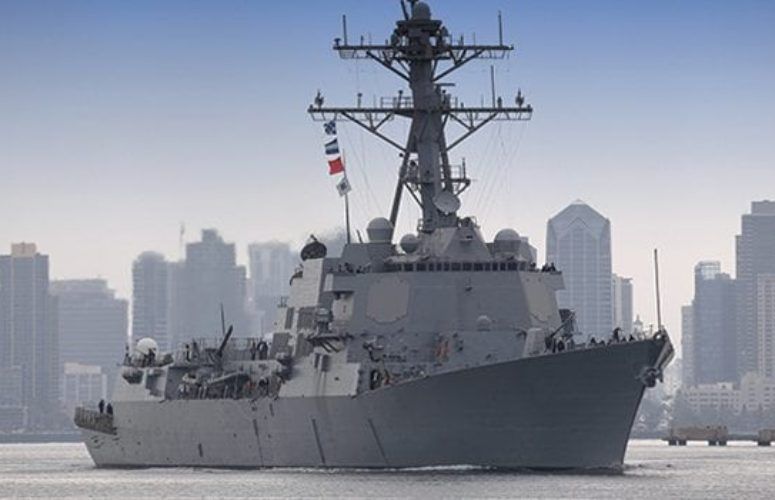 Companies reveal how the best defense is a good offense.

New Jerseyans are no strangers to battlefields, home or abroad, and the historic battlefields dotting the landscape throughout New Jersey serve as a daily reminder of the sacrifices made here on Garden State soil.

As tensions continue to rise in places like North Korea, Syria, Iran and Afghanistan – once again, New Jersey is being called on, and literally counted on, to do its part to defend our nation and our allies.

The state’s military defense industry has a proud history spanning more than a century. That distinguished tradition continues to this day.

Harris Corporation, now reported to be the largest defense contractor in Northern New Jersey, and one of the largest in the entire state, operates both its Harris Electronic Systems and Space and Intelligence Systems businesses from its more than 1-million-square-foot office, laboratory and manufacturing facility located in Clifton. From this location, it supports all branches of the US Armed Forces, in addition to 1,200-plus employees. Harris spends roughly $30 million yearly with New Jersey suppliers alone.

Some highlights of the Harris Corp. resume include work on its Airborne Electronic Warfare techniques being used to protect our military air crews by using sensors for enhanced situational awareness as well as boosting their abilities to jam signals being used against them while in flight. Their electronic intelligence-gathering systems help aviators to detect, understand and avoid threats at every level of engagement.

The Harris team has also built the GPS (Global Positioning System) navigation technology of more than 70 satellite payloads that have been on every US GPS satellite ever launched, without a single mission failure due to its equipment. It is also currently developing and integrating the satellite navigation payloads for the next generation of GPS known as GPS III. Harris Corp. now supports government and commercial customers in more than 100 countries, reporting approximately $6 billion in annual revenues.

Along these (technological) lines, Lockheed Martin is currently emitting radar beams into space from its South Jersey facility in Moorestown. It is part of its ongoing Space Fence system testing that will be used in an exponentially larger facility that Lockheed is building for the Air Force. Based in the South Pacific, it has an estimated price tag of $1 billion.

Scheduled to be operational in 2018, Space Fence will provide the ability for the Air Force to detect, track and accurately measure objects in space, primarily in low-orbit earth. In addition to foreign objects, it will be used to detect debris created by collisions of satellites or other objects that could then pose a threat to other orbiting satellites or even the international space station.

Lockheed Martin has also recently announced the “launch” of its latest evolution of its Aegis Combat System, used to detect, track, launch a missile and successfully intercept a Medium Range Ballistic Missile target, a program supported by its Rotary and Mission Systems (RMS), which is also engaged in Lockheed’s Long Range Discrimination Radar program.

Lockheed Martin’s Moorestown facility is part of the corporation’s Rotary and Mission Systems (RMS) business area. RMS’ portfolio features more than 1,000 programs, including helicopters, integrated air and missile defense, littoral warfare, undersea warfare, radar, electronic warfare, cyber solutions, training and logistics systems. The business area supports the US Air Force, US Army, US Coast Guard, US Marine Corps, US Navy and Missile Defense Agency, as well as intelligence, civil, commercial and international military customers. The Moorestown facility has more than 3,000 employees and is comprised of a few satellite campuses, including a new facility in Camden with more than 300 employees.

An integral part of Lockheed Martin’s abilities to create its parts/products lies in the hands of companies like Montville-based Marotta Controls, a key supplier of components that make up these very parts. Other major players and government entities also call on Marotta to supply their needs, from Boeing to Northrup Grumman and AIRBUS to SPACEX and even NASA, to name just a handful.

Established in 1943, Marotta Controls Co. is a consistently growing, privately held small business with government and commercial clients as well. The firm, which holds some 200 patents and 75 years of experience, is a third-generation family owned business started in the basement of the founder’s home in Boonton, where Patrick T. Marotta began machining component parts. The firm now operates from a 115,000-square-foot facility expected to expand to 150,000 square feet by 2020.

Recent indicators that the defense industry has and will continue to remain robust include a recently proposed plan by President Trump to institute a 10 percent hike (the largest since President Reagan) to the military budget, which translates to a $54-billion increase.