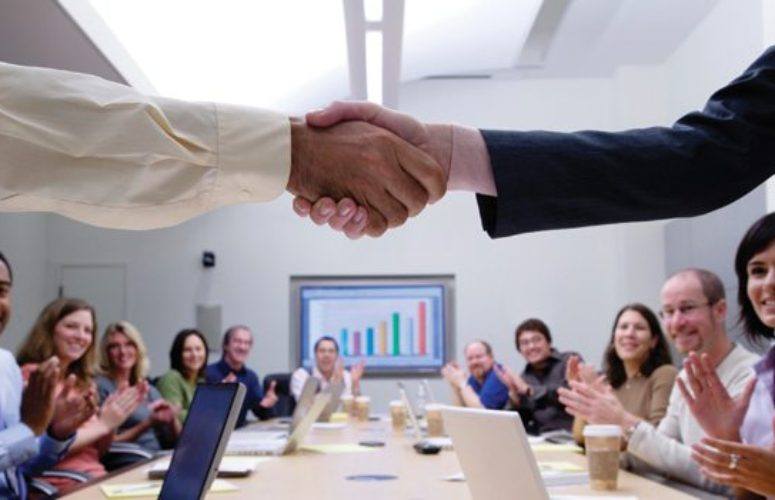 A Mergers and Acquisitions Resurgence

M&A activity in New Jersey is expected to continue as buyers and sellers feel confident about the economy.

Leaner companies, market confidence, lower interest rates, efficiency and “the return of the strategic acquirer” have rekindled merger and acquisition activities now, the most vigorous since 2007. Add to the mix the thousands of business owners in the Baby Boomer segment looking to monetize their companies: Every day, 10,000 Baby Boomers turn 65 years old, a trend to continue beyond the next decade, according to the Pew Research Center. Those Baby Boomers seeking exit strategies from their privately-held ventures are bringing terrific opportunities to the M&A marketplace.

Generally, mergers and acquisitions are similar in theory, but differ in this way:

For both transaction types, “a resurgence in M&A activity is upon us and expected to continue,” claims a spokesperson for Goldman Sachs, in a video statement: The first half of 2014 saw M&A transaction volumes increase 70 percent year-over-year. In just the second half of 2014, deal volumes exceeded $1 trillion. It’s the first time since 2007 that M&A activities have reached this level. “The biggest driver to this recovery is the return of the strategic acquirer,” according to the statement. “Companies in their respective industries are using M&A as a strategic imperative to complement their stand-alone strategies.” At last, they are “feeling better about the outlook, and CEO and board confidence is back.”

John LaPilusa, CPA and partner with O’Connor Davies LLP of Cranford  – itself the result of a friendly merger that expanded tax, accounting and consulting services, including business valuation and international tax support – elaborates on New Jersey’s M&A resurgence: “Overall, there is more confidence in the marketplace today,” he reports. “The financial crisis seems to be behind us. During the recession, companies became leaner and meaner in order to create healthier balance sheets; they now have large cash reserves as a result of profitability during those years, putting them in a good position to buy. Additionally, if a buyer needs to borrow, today’s interest rates are low, and financing terms are attractive. On the sell side, most notable is the large segment of Baby Boomers owning small, privately-held companies that now wishes to monetize what probably is their greatest asset. They’re looking for an exit strategy and that fits right into today’s M&A equation.”

Despite this revival, New Jersey’s M&A activities still lag compared to its counterparts, asserts Marina Solo, counsel at K&L Gates in Newark. Solo’s less optimistic view of the state’s M&A movement is consistent, she declares, with New Jersey’s comparatively tepid economic recovery “despite significant efforts by the Christie administration to provide tax and other financial incentives to keep current business residents in the state, and to attract out-of-state companies to New Jersey. But New Jersey’s business tax burden is still very heavy, much heavier than in other states. Its business laws are numerous and hard to navigate. Likewise, the cost of labor is significantly higher, as is typical for coastal states.”

Even so, Solo points to local M&A movement: “Pharma has been very active, and I have encountered several transactions within the food industry and department stores. Real estate is starting to turn around as credit becomes more available. Unfortunately, some of these transactions are not aimed at expansion instruments, but as cost-cutting mechanisms that reduce overhead by laying off the workforce.”

Between the two basic types of M&A transactions, strategic mergers are moving along more briskly than financial acquisitions here in New Jersey, states Scott Borsack, an attorney and partner at Lawrenceville-based Szaferman Lakind Blumstein & Blader, P.C. Interestingly, these strategic ventures are more evident primarily within the small business segment: “Businesses employing about 25 to 100 employees or with revenues averaging $15 million have been more comfortable than others with the prospect of expansion. Over the past two years, many of these smaller New Jersey firms have acquired similar businesses that are not necessarily enjoying the same benefits of a rebound. Acquirers have pursued these opportunities to strengthen their positions in the marketplace,” Borsack says. “On the financial acquisition side, the players primarily have been the private equity funds, but many are not willing right now to learn a new business from the ground up.”

When pursuing a merger or acquisition, buyers often overlook the participants’ company cultures, a costly oversight in the long term, notes James Bartolomei, CPA and principal in charge of Hill, Barth & King’s Lawrenceville office. “For example, in a strategic merger, if your customer service and internal culture is much stronger than the target’s, you’ll likely retain the target’s key employees and customers, and you’ll be elevating that target’s culture. But be careful when it goes the other way,” Bartolomei cautions: “Most managers can’t admit that their culture is substandard. You must be honest with yourself, because as an acquirer, if you’re not delivering the ‘wow’ factor, such as terrific customer service, if you’re more about rules and regulations and less about the ‘wow’, there will be a defection of customers and employees, and the transaction will grow less valuable. So, go out and find a great company, but first look in the mirror: If your culture is not as good as your target’s, you’re going to have problems.”

Culture also applies to HR, IT and other internal plans and processes, LaPilusa adds: “The entire M&A transaction can be impacted by which companies’ procedures survive, freeze or terminate. For example, are our health insurance plans comparable? If not, whose do we follow? What are the ultimate costs of downgrading individual coverage or upgrading across the board? Whose retirement plan is stronger? What about IT: Can you combine IT assets and still avoid pitfalls such as cyber security and data conflicts? When one company has stronger IT qualifications, there are future capital expenditures that must be considered and negotiated into the purchase price.”

Tax planning is another crucial consideration. Jason Navarino, a partner at Riker Danzig of Morristown and Trenton, emphasizes the significance of M&A tax structures. “Taxes are an area that should be dismantled by both buyers and sellers, early and often, throughout the deal process,” Navarino declares. “Accurate tax planning saves a lot of money over the long term, while the reverse can be very costly. For example, besides the business taxes to be paid, how does the deal fit in with the buyers’ and sellers’ personal tax situations and estate planning? Both federal and state tax consequences also must be considered: New Jersey taxes are weighty and complex, with many traps for those unwary of the laws. In addition, many of today’s deals, even in the middle market, have a cross-border element, whether it’s a foreign investor on either side or foreign operations of the target company. So both parties must carefully address federal, state and international tax concerns at the start and throughout negotiations.”

Specific Roles of the Lawyer and CPA

Adds Navarino, “Accountants and lawyers should work together in structuring an M&A transaction: Each brings a different perspective and skill set to the table, and plays a crucial role in bringing a deal to effective fruition. This shared input benefits both buyer and seller.

“Lawyers wear many hats,” Navarino adds: “We advise clients on everything from the basic deal process to complex regulatory and tax issues that need to be resolved. We frequently act as quarterbacks that assemble the team of advisors, not just the accountants and lenders, but also the law experts that specialize in tax, employee benefits, intellectual property, real estate, environmental law, government relations and more. We offer straight-up business advice to clients; identify how to best structure the deal; and calculate the most favorable tax options. For example, a buyer may want a short-term tax deduction while the seller wants capital gains treatment. We negotiate terms; draft the documents; prepare regulatory filings; coordinate closings; and more, all while assuring that clients are well informed and making the best decisions throughout the process.”

Many targets are first-time sellers lacking the depth and breadth of experience required for an M&A. They, in particular, require the guidance of an attorney who can help them avoid some fatal mistakes. For example, a target might begin talks with an acquirer without understanding the potential buyer’s position in the marketplace: “The target may disclose confidential information without knowing the acquirer is connected to a major competitor who now gets a free look under the hood,” notes Borsack. “Within certain industries, simply revealing where the target buys its raw materials and at what price can provide damaging competitive information. Some targets battle for years to regain lost market share, a serious situation that could have been avoided with upfront professional advice.”

One of the first steps in pursuing an M&A is to engage the acquirer in a confidentiality or non-disclosure agreement, which is essential for protecting the information revealed in initial and subsequent discussions, Borsack explains. Serious buyers and their attorneys then produce a non-binding letter of intent that outlines the terms, price agreed and other details of the potential agreement. The buyer and seller then conduct a due diligence investigation that dives deeper into the details of each company and its marketplace. “Any problems with tax returns and inventory statements, balance sheet challenges and other potential difficulties will emerge during the due diligence stage – even issues the target didn’t know it had. So, long before even the letter of intent, sellers need to identify any issues that might devalue or prevent a sale.”

Most M&A transactions involve substantial amounts of money as well as non-monetary obligations and risks for both parties, Solo reports. “When buyers and sellers agree to a deal, they tend to focus on the key pieces and pay less attention to smaller aspects of the deal such as the representations and warranties the parties are being asked to make, or their post-closing obligations. Clients must be counselled through every aspect of the M&A document to make sure they understand the meaning of each provision and potential consequences in the event of a breach or default by either party.”

Ideally, the CPA’s role in minimizing client risk should start early-on, Bartolomei explains. In fact, sellers should start optimizing their companies four or five years in advance in order to yield the best results, he says. This strategy is especially important for the thousands of Baby Boomers now considering an exit, but not wishing to wait years to monetize. “Most buyers look back at several years of a target’s performance,” Bartolomei says. “If they see a recent spike in profits, but underperformance in prior years, the deal won’t generate top value. So, long before a transaction gets underway, we help sellers perform business valuations to determine what their businesses currently are worth, and then guide them in understanding and leveraging the metrics that drive the best value. We help clients strip out waste, strengthen the bottom line and assure their equity ownership structures are most conducive to a sale.