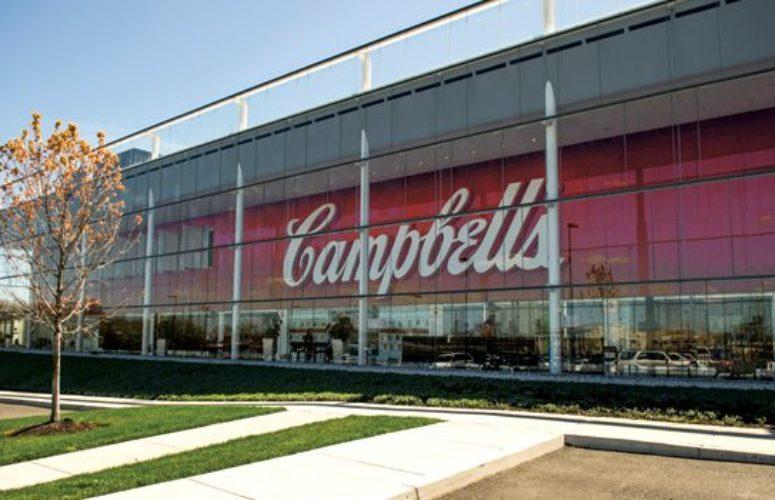 Discover how the industry is “making it.”

The manufacturing category has been broadened as well, from the 1950s and 1960s makers of heavy-duty products, to modern-day assemblers and makers of life sciences drugs, food and household goods. But make no mistake, manufacturing, however it is now defined, is still an important part of the Garden State’s economic landscape.

“Manufacturing represents about 8 percent of gross state product and employs well over 200,000 people,” says Cliff Lindholm, co-chair of NJBIA’s Manufacturing Network and president of Falstrom Co., a Passaic-based contract manufacturer for the defense industry. “It also provides a multiplier effect. Every dollar spent on manufactured goods generates $1.50 in residual services and spending.”

John Kennedy of the New Jersey Manufacturing Extension Program (NJMEP), a non-profit outreach organization whose database lists nearly 11,000 manufacturers in the state, pegs the total jobs number closer to 330,000. “And for every one manufacturing job, it creates four other jobs – engineering, transportation, logistics, maintenance and services. Multiply that basic number by four and see what you get. No other industry is even close to that.”

Kennedy concurs that manufacturing is in the range of 8 to 10 percent of the state’s economy, bringing in $40 billion. He terms it a “foundation” for other sectors. “Retail? Somebody had to manufacture all of those clothes,” he notes.

Alan Haveson, president of the New Jersey Technology & Manufacturing Association (NJTMA) agrees that manufacturing is “absolutely essential,” but worries about the “negative perception” many have of it. “What don’t people understand about the importance of manufacturing?” he asks.

Of course, some industrial giants still exist – note Phillips 66’s Bayway Refinery, spread over 1,350 acres in Linden, creator of 1,400 direct and as many as 25,000 indirect jobs. By any standard, the processor of transportation fuels – to the tune of 285,000 barrels per day of feedstock – is a throwback in terms of volume. But Phillips has also implemented projects over the last decade that have drastically cut emissions and improved its energy efficiency by 10 percent.

On today’s landscape in New Jersey, however, “we find that about 70 percent of manufacturers [employ] 30 people or less,” says Kennedy. “We’re seeing smaller companies that are much more nimble, much more automated and much more high-tech.”

Agreeing that technology is helping operations run more smoothly, Lindholm also sees New Jersey manufacturers becoming “more vocal about what they need to be competitive with manufacturers from other parts of the country, or even the world.

“I also see manufacturers looking to make sure they keep their workforce trained and certified with various quality programs, such as ISO and AS 9100. That allows them to compete on a global basis,” he says.

One example of how companies are adapting is Hamburg-based Ames Corp., a supplier of elastomeric design solutions that has taken a creative approach to manufacturing technologies. Its Design Solutions Center is charged with the task of exploring new materials and processes.

Another example of a company that has evolved with the times is General Pencil in Jersey City. Dating back to and making pencils since the 1880s and operated by the Weissenborn family for four generations, the company saw an industry whose giants “went to China,” notes patriarch James Weissenborn. The company was then able to buy the equipment of these fleeing manufacturers at auction and was able to upgrade at very little cost.

And while the company still makes pencils, Weissenborn, his daughter Katie Weissenborn Vanoncini and granddaughter Kirsten Barrett Wojtowicz have repositioned General Pencil as a maker of everything from charcoal, to pastels and art pencils – over 500 different products related to art materials distributed throughout the US and exported to 17 countries.

And there is very little waste: The sawdust the company generates at its 50-employee, century-old brick building on Fleet Street in Jersey City is shipped to Somerset, Kentucky and recycled into Duraflame fire logs.

“We are self-contained, totally vertically integrated from concept to shipping product out the door,” says Weissenborn. “The basis for our strategy is how a pencil company survives in a world of screens and keyboards in the 21st century.”

In terms of key sectors within manufacturing, the pharmaceutical industry, despite developments that reflect otherwise, “still has a way above average concentration in New Jersey,” says Dr. James Hughes, dean of the Bloustein School at Rutgers. “The key benchmark is New Jersey accounts for 2.9 percent of the nation’s employment, and should have roughly 2.9 percent of any industry, if we’re average.”

It’s actually a bad-news/good-news scenario. In a metric based on pharmaceutical and medical manufacturing that includes production line and related activities, pharmaceutical employment in the US, according to Hughes, went from 207,200 in 1990 to 284,800 in 2014. New Jersey had 41,900 jobs in 1990, or 20.2 percent of the nation – “an enormous concentration,” he notes. In 2014, the number was down to 25,400, “a pretty big decline.” The good news: “It still represents 8.9 percent of the nation – triple our expected share.”

Mergers and acquisitions have taken their toll, of course, because they reduce head count. Another reason is that the pharmaceutical model “has changed from small molecule to big molecule, from chemical-based pharmaceutical to biology, life science-based,” he explains. The results have been a lot of moves toward Cambridge, Massachusetts and the San Francisco Bay Area of California “because companies want to be near centers of academic excellence in the life sciences. Only recently has the merger of Rutgers and UMDNJ gotten us back on the playing field.”

Finally, while a company typically moves an acquired company to its home base, there have been examples where the acquisition of “more nimble competitors” has resulted in the opposite. Examples cited by Hughes include Roche, which bought Genentech and moved its entire Nutley operation to the latter’s California location in search of “a nimble, different, less bureaucratic business culture.” And while Sanofi kept its US headquarters in Bridgewater, it moved all of its research operations to Cambridge, Massachusetts when it bought Genzyme Corp. The results of these moves trickles down through the entire pharmaceutical/medical manufacturing structure, from production to related activities.

On a positive note, “we do have a lot of young life science companies because of the pharmaceutical talent we had here that may have been laid off,” Hughes says. “So we have a good labor pool.”

Food processing is another key player on New Jersey’s manufacturing landscape. Proximity to market is important, especially in the case of perishables, so major players tend to have their manufacturing operations widely spread. Campbell’s Soup Co., for example, while based in Camden, manufactures in 12 states from coast to coast. Its sole New Jersey manufacturing operation is Ecce Panis, a bread company acquired in 2009, which employs 100 in East Brunswick, according to Thomas Hushen, Campbell’s manager of external affairs.

The company has, of course, invested more than $132 million in expanding its Camden headquarters, which also houses its R&D department, a pilot plant and consumer test kitchen.

“We are building on our strength as a maker of soup while expanding into new categories and segments like packaged fresh foods in the retail perimeter and organic simple meals for children, and faster-growing international markets like China and Indonesia,” Hushen says.

General Mills is another player in the food sector – its Vineland plant, in operation for more than 75 years, employs 400 making soups and meal products, according to plant manager Becky Crane. “We’re always innovating and collaborating both internally and with our R&D team from Minneapolis,” she says. “It’s our job to develop new ideas that drive value for our consumers and reduce waste in operations.

“Much of our investment in recent years has focused on driving efficiencies, such as reducing energy usage and costs,” Crane says. One example: A new water recycling system that saves the plant an estimated 56 million gallons of water annually, a 15 percent reduction. Indeed, it’s an upgrade that contributed to General Mills garnering an NJBIA Environmental Quality Award.

A couple of recent moves have further entrenched food processing, in New Jersey. One was Goya Foods new 900,000-square-foot headquarters and industrial facility on 40 acres in Jersey City in 2014. The company also fully renovated its 240,000-square-foot facility in Secaucus, with a new rice packaging line that produces 600 bags of rice mixes per minute, six times faster than previous production.

And Streit’s Matzo Factory is vacating its factory on Manhattan’s Lower East Side. The likely destination: A second company factory in Moonachie that produces other products will be outfitted to produce baked matzos. The move affects 50 jobs.

“New Jersey has a tremendous amount of opportunity in the food business,” says Linda Doherty, president of The New Jersey Food Council. “It is a corridor state, and this allows food processors to flourish. The food business feeds almost 9 million New Jerseyans a day, so keeping this business local is great for our economy, jobs, agricultural community and local purchasing.

“The Food Council’s membership is growing, and the larger food processors and the New Jersey Food Processors Association are tapping into the start-up to mid-size part of the food chain,” she says. “We are also fortunate to have a vibrant Food Innovation Center serving as an incubator. The state is concentrating on supporting food processing opportunities as this economy continues to grow and create good-paying jobs in New Jersey.”

What’s the larger economic impact fostered by food processing in New Jersey? According to a report by the National Growers Association, independent grocers in the state employ roughly 52,000 people, generate $4.2 billion in sales, pay $1.8 billion in wages and generate $1.7 billion in taxes.

In Weissenborn’s view, “the business climate for manufacturing in New Jersey has improved.” He credits the state and the administration of Gov. Chris Christie for streamlining regulations and for other initiatives. “The state came in and helped us train and cross-train our people,” a factor that’s key because “there are not a lot of jobs left in the metro area for the factory worker.” In other words, folks have to be trained to do other things related to manufacturing.

Recently, Lindholm attended a state-sponsored Manufacturing Skills Council meeting. “It was a unique opportunity to meet with the Lieutenant Governor and other state officials to discuss ways that the state can support manufacturing by creating programs that will provide opportunities for people to gain skills and training. The focus was on ways to ensure that a skilled and trained workforce is available for manufacturers in New Jersey,” he says.

Haveson would like to see even more. “The effort to improve the state of manufacturing in New Jersey is going to take a lot of effort on the part of a lot of people. We need even more government effort.”

Another issue is “getting the message out” about manufacturing. “We don’t talk about ourselves enough,” Kennedy says. “That is something that’s critical to what we’re doing, because if we don’t find the young people to come into the industry who want to ‘design stuff,’ who want to build ‘cool things,’ we’re going to be in trouble.”

“The opportunities for manufacturing in New Jersey – for machine tools, for example – are absolutely great,” Haveson concludes. “What we don’t have are people who recognize that working with their hands, working in a machine shop, is an absolutely great career. One of our missions is to bring an awareness to parents and other people of the importance of the manufacturing industry and the products it provides.”

Workforce Development is a Collaborative Effort