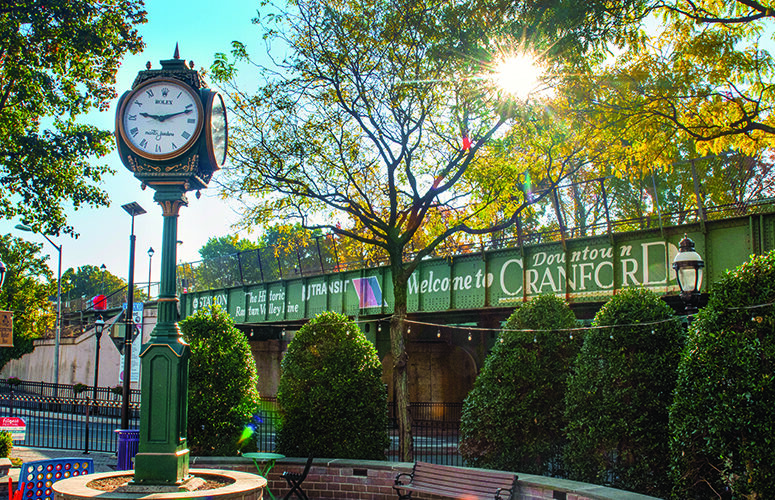 Downtown Cranford has a diverse restaurant scene with styles spanning Italian, Greek, Middle Eastern, Asian and more. There is even a local brewery and spots for coffee and bubble tea. It has a wide range of retail and speciality stores including boutiques, gift shops, baking supplies, framing and jewelry.

One can catch a movie at the Cranford Theater, stop in for art classes at Fire Me Up! Studio or ArteVino, or take baking and cooking classes at Sweet n’ Fancy Emporium or Little Fox Kitchen! The town also offers the Downtown Cranford gift card, which can be used at 100+ stores. The card can be ordered through the Downtown Management Corp office or online at www.downtowncranfordgiftcard.com. Whatever your needs are, you can find it in Downtown Cranford.

This past year, a film crew descended on the downtown to shoot scenes for the upcoming motion picture “Bros,” starring Billy Eichner. Additionally, scenes from the movies “Far From Heaven,” “Garden State,” and “Guess Who” were also shot here.

Scenes shot here: HBO’s “The Plot Against America” series, the Nickelodeon series “The Adventures of Pete & Pete,” plus a number of commercials.