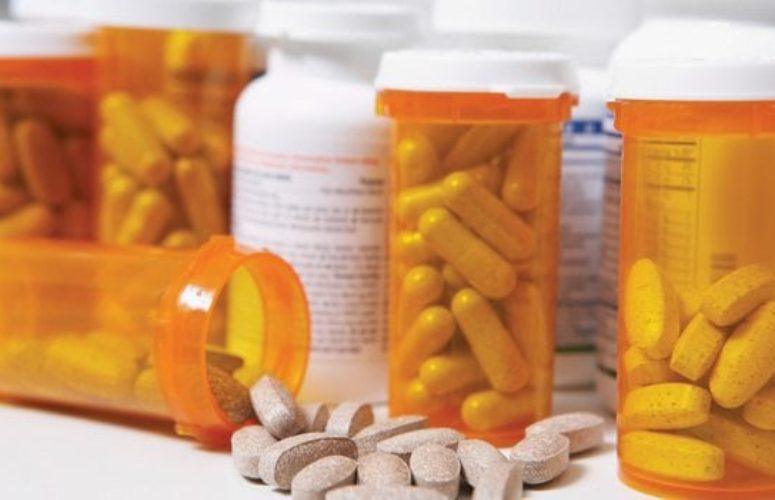 State’s biotechnology and pharmaceutical leaders are positive about the future.

The life sciences industry could be on the brink of another golden age of innovation as it transforms its R&D to speed discovery of new medicines.

It comes on the heels of the recession’s ill effects over five years, a wave of patent expirations on best-selling medications and increases in the number of lower-priced generic medicines.

However, despite these challenges, the life sciences have continued to deliver life-enhancing and life-saving medicines and continue to contribute significantly to the economic growth of the nation.

“It’s a very auspicious time in the life sciences,” says Dean J. Paranicas, president and CEO of HealthCare Institute of New Jersey (HINJ), whose members are pharma and medtech firms. “There are a lot of advances, products in the pipeline and a stronger Food & Drug Administration (FDA)” to expedite the drug review process.

Nationwide, PhRMA’s member companies spent an estimated $51.1 billion on R&D in 2013. Biopharmaceutical companies invest far more heavily in R&D than do other manufacturers, according to a Battelle report. In New Jersey alone, a total of 1,067 medicines are making their way through companies’ pipelines.

Last year, the FDA approved 27 novel new drugs or new molecular entities (NMEs), but more important than the quantity “is their significance … in advancing medical care and the health of patients.” One-third of the approvals were “first-in-class,” i.e., innovative drugs that use a new and unique mechanism of action for treating a medical condition.

Another one-third was approved to treat rare or “orphan” diseases that affect 200,000 or fewer Americans “who often have few or no drug treatment options,” continued the FDA. The 27 drugs included ones to treat diabetes and multiple sclerosis as well as COPD and pulmonary hypertension. Several were anti-cancer medicines.

The FDA noted that it had met its Prescription User Fee Act (PDUFA) goal dates for 100 percent of the NMEs approved in 2013, and that 89 percent of them were approved on the first cycle of review.

“When you look at that level of concentration, which we maintain is unique in the world,” Paranicas says, “you’re talking about a major presence in the state with huge economic implications.” HINJ’s 2013 economic impact report found that the state had $26.6 billion in total economic activity in 2012, an increase of 9.9 percent over 2010, with strong growth shown across multiple categories.

Behind these numbers is “a vibrant NJ innovation ecosystem,” Paranicas says, who likes to call the state’s recent economic development initiatives a “reboot.” “The state has recognized the need to strengthen many programs that pre-existed and to look for ways to make them even better.”

The restructuring of higher education in New Jersey is high on the list of major steps forward, he says, referring to the integration of Rutgers with UMDNJ. Other government initiatives include revisions to the corporate income tax structure, improvements in business incentives and the doubling of the R&D tax credit.

Debbie Hart, president of BioNJ, is generally “bullish” on the future of the state’s biotech industry and continues to view the state as the “Medicine Chest of the World.” “When you look at the number of drug approvals last year, one-third of them came from here,” says Hart. “New Jersey is truly a leader in the life sciences.”

Of the 27 drugs that the FDA approved in 2013, eight came from NJ’s biotech companies. They include: Bayer’s Adempas for pulmonary hypertension and Xofigo for late-stage prostate cancer; J&J’s Janssen’s Imbruvica for mantle cell lymphoma and Invokana for type 2 diabetes and Olysio for chronic hepatitis C virus infection; Valeant’s Luzu, a topical treatment for tinea pedis; Shionogi’s Osphena for moderate to severe dyspareunia; and Celgene’s Pomalyst for multiple myeloma.

A ninth product was approved in 2014, which is Celgene’s Otezla to treat psoriatic arthritis.

“Biotech is one industry growing in New Jersey,” Hart continues. “We’ve seen growth each and every single year even during the recession. Companies relocate here from another state, country, spin out of an existing company or out of one of our universities.” She considers the presence of a supportive government to be an asset.

In the most recent BioNJ survey, conducted by Ernst & Young, state biotechs grew in number to 340 from 300 for an increase of 13 percent during the 2010 to 2012 period. The number of biotechs has now risen to more than 350, Hart believes.

Several biotechs that have expanded and added jobs during the past year are the following: Celgene, NPS Pharmaceuticals, PTC Therapeutics, Soligenix and Celldex.

The main areas of research in New Jersey are oncology followed by autoimmune/inflammatory diseases, the survey found.

Prevailing strategies of Big Pharma involve acquisitions of smaller companies as well as risk-sharing through product licensing and drug development partnerships. Rather than mega-mergers, drug companies are looking for deals that increase sales.

“Whether it’s through acquisition or collaboration with biotech companies, Big Pharma is looking for innovation and biotech can be a path for them,” Hart says.

Hart mentioned two recent merger and acquisition deals involving Forest Laboratories in which the company acquired Aptalis Pharma one month, and the next month was itself acquired by Actavis.

“Finding money has always been the No. 1 concern of biotech companies,” Hart says. “It’s always a challenge. It takes 10 to 15 years and over a billion dollars to bring one drug to market. It’s a pretty big ticket, but critically important because patients can’t wait.”

Another strategy for biotech firms is to go public. In 2013, a record-setting 55 biotech companies completed initial public offerings (IPOs) nationwide and six of them were in New Jersey. They included: Cancer Genetics, Optotec, PTC Therapeutics, Regado Biosciences, Omthera Pharmaceuticals and Aerie Pharmaceuticals. In 2014, Agile Therapeutics also filed an IPO.

Venture capital investment in the industry has been constrained during the past few years. “However, we’re seeing sort of a comeback in venture capital now,” Hart says. Regardless, she adds, the continuing conventional wisdom is that the companies with strong science and good management teams do get funded.

The year 2013 was characterized by the implementation of strategies designed to further companies’ product innovation capabilities.

In October, 2013, Bayer HealthCare opened its new US headquarters on a 94-acre campus in Whippany, within Hanover Township, consolidating its four former sites in Morristown, Montville, Wayne and Tarrytown, New York. The move brings together 2,400 employees thereby establishing the firm’s footprint on the East Coast with the prospect of further US investment, the company says.

Bayer launched five new prescription drugs in the US last year in therapeutic areas ranging from oncology to women’s healthcare to cardiovascular. An NJBIA “New Good Neighbor Award” has been presented to Bayer for its new headquarters (see page 67).

Novartis expanded on its 230-acre East Hanover campus, which is its US headquarters for pharmaceuticals. It has an R&D center. It also houses the North American headquarters for its oncology unit. Other New Jersey sites include Novartis Consumer Health in Parsippany, and the generics unit, Sandoz, in Princeton.

Novartis ranks as the largest drug firm in the world with global sales of $50.6 billion in 2013, climbing 1.9 percent over the prior year, IMS Health says.

In 2013, the company received 13 approvals of new drugs around the world. Its R&D investments in pharmaceuticals in the US amounted to $7.2 billion, or 22 percent of pharmaceuticals net sales, demonstrating a “commitment to innovation,” notes the company.

Eisai Co., Ltd, a Japanese firm, and parent of Woodcliff Lake-based Eisai, Inc., has allotted 20 percent of its 2013 global net sales to R&D activities, demonstrating increased emphasis in that area. Eisai’s US R&D operations are in New Jersey as well as other states, and the key areas of focus are neurology and oncology.

Eisai recently launched two new medications, i.e., Belviq for chronic weight management in adults who are obese and Fycompael for the treatment of partial-onset seizures in certain epilepsy patients.

Analysts speculate that companies are swapping assets so each can specialize in what they excel, thereby driving profits to compensate for the ongoing rounds of patent expiries taking place on best-selling drugs. One industry source called it an “industry overhaul” and forecast other big deals to come.

Novartis comments that it values New Jersey’s position as “a hub for medical innovation.” The state’s numerous colleges and universities and thousands of life sciences companies attract some of the top scientists and talent, “making it a strategic location for Novartis.”

Clearly, the state remains in place as the “Medicine Chest of the World.” “Investing in R&D is at the heart of what we do,” HINJ’s Paranicas says.