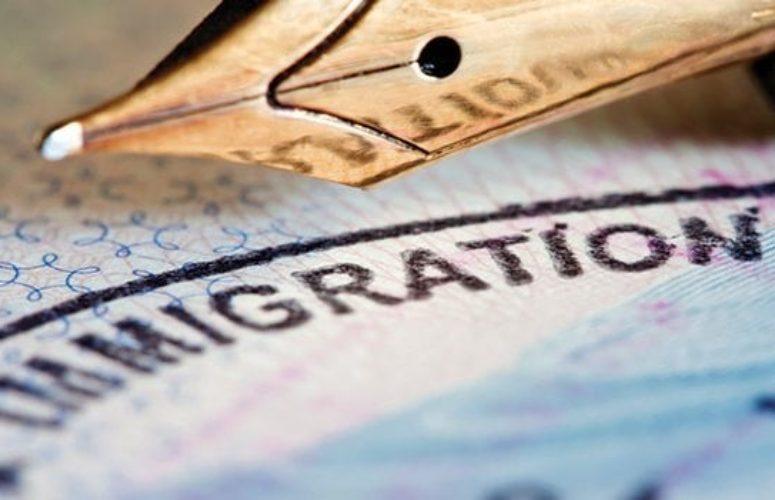 Attorneys discuss treading the fine lines of these major issues.

The benefits of workforce diversity are well known by now: The viewpoints and experiences of different cultures and races bring much to the table when it comes to marketing, product development, teamwork, morale and the bottom line, to name a few benefits.

Developing a diverse workforce, however, is complicated. In terms of hiring, employee reviews and promotion processes, for example, managers and human resources personnel must be color-blind and gender neutral, solely looking at a candidate’s merits and work experiences.

Additionally, the national debate on immigration issues has escalated across the country, spearheaded by Trump administration initiatives in the name of national security. As this impacts diversity issues, businesses that already employ legal immigrants and members of minority groups are seeking more diversity training to thwart any anticipated workplace discrimination.

New Jersey’s Law Against Discrimination (NJLAD), which was passed in 1945 and was amended numerous times since then, is among the strongest anti-discrimination laws in the country, and is even more protective than Title VII of the federal Civil Rights Act of 1964, which prohibits employers from discriminating against employees on the basis of sex, race, color, national origin, and religion.

According to John Schmidt, a labor employment attorney, partner and shareholder at the law firm of Lindabury, McCormick, Estabrook & Cooper, P.C, “The New Jersey LAD is much broader than the provisions of Title VII because the latter really deals with race and sexual discrimination. On the federal level, there is a separate statute for age discrimination and a separate statute for disability discrimination, as an example. In fact, since the mid-to-late 1980s, most plaintiff attorneys have decided it is to their advantage to bring claims under the NJLAD.”

For employment purposes, the NJLAD prohibits discrimination against: gender identity; military service; genetic information; disability, marital or domestic partnership or civil union status; plus age, race, creed, natural origin, color and sex. So, to be protected under the NJLAD, it is fair to say one just has to be alive.

According to Scott Ohnegian, chair of the labor and employment law group at Riker, Danzig, Scherer, Hyland & Perretti, the first steps in helping a company develop an anti-harassment/anti-discrimination policy is discovering what it already has in place.

“Step one is to identify conducts that are prohibited,” he says. “What was once called a sexual harassment policy is now a ‘fair employment practices policy,’ because it should cover all situations and all the different statutes under state and federal laws.

“The policy should also contain a complaint procedure so people who feel they have been mistreated know what avenues to pursue to make sure the employer looks into the alleged inappropriate conduct. It is important that the employee is given alternative paths to complain because, in your classic situation, the supervisor is mistreating the subordinate … or it can be someone in human resources, for example,” Ohnegian explains.

Having a good policy is not enough. According to Dina M. Mastellone, chair of the human resource training & audit programs group and a partner in the employment law & litigation and education law practice groups at Genova Burns, adherence to policy boils down to “training, training and more training!”

“The Equal Employment Opportunity Commission (EEOC) released a study that said anti-harassment training should be conducted and reinforced by employers on a regular basis,” she says. “At a minimum, this training should occur every two years, from top to bottom within the company.”  She explains that the training – according to the report – significantly reduces harassment and discrimination claims. The training should also incorporate diversity and sensitivity in the workplace, she adds.

It is important for businesses to understand that policies, training, reporting mechanisms and even the posting of state and federal guidelines in common areas all help guard against businesses being held liable in harassment or discrimination cases.

According to Thomas B. Wassel, an attorney at Cullen & Dykman who practices labor, employment and immigration law, “If the company has a policy against discrimination that it enforces, as well as an investigation procedure that it carries out when an issue arises, it may be able to avoid any sort of legal liability from an alleged victim who tries to sue the company for discrimination.”

Many companies proudly proclaim they are an equal opportunity employer, have an affirmative action plan in place or boast that they have made top diversity lists. However, the road to achieving these merits has to be carefully traversed because, as Lindabury’s Schmidt says, “If you select a particular class of individuals [a certain minority group] to hire – giving preference to them – you could be in violation of the NJLAD and federal laws.”

However, if a company wants to create a more diverse workforce, it can, for example, advertise job postings in publications and websites geared towards specific groups. “That is legal, but you can’t mention in the ad that you are looking to hire a specific ethnic or racial class or gender,” he says.

“You have to cast an extremely broad net and expand the scope of your recruiting sources,” says Genova Burns’ Mastellone. “Network in different communities and make the effort to have your workforce resemble the community in which you operate. However, you have to be careful and standardize your hiring practices.”

Because of the law, every company must be an equal opportunity employer, Mastellone says. Having an affirmative action policy is slightly different in nature. A company serving as a government contractor or subcontractor must have affirmative action procedures in place, depending on the value of the contract. According to an article in USLegal.com, “Affirmative action is a process that gives businesses or government agencies special rights in hiring or advancing ethnic minorities in order to make up for past discrimination against those minorities.”

That said, Mastellone stresses that hiring under affirmative action must still be based on the most qualified candidates.

Riker Danzig’s Ohnegian explains that affirmative action requires a lot of data reporting to the federal government. “It can be somewhat expensive from an administrative standpoint,” he says. “Frankly, it is a reason why some smaller companies decide not to enter into government contracts.”

Many industries hire legal immigrants, who are sponsored by their employers via green cards or H-1B visas, for example. To prove one’s legal status to work, every job applicant (US citizen and immigrant) must complete the Department of Homeland Security and US Citizen Immigration Services’ I-9 form. The form is used to verify “the identity and employment authorization of individuals hired for employment in the US.” The job applicant must include basic information such as resident address and social security number. There are also boxes to check off pertaining to: US citizenship; noncitizen national of the US; and alien authorization to work status.

In today’s climate, with the alleged crackdowns on illegal immigrants, Patrick McGovern, co-chair of the hotel, restaurant & hospitality law practice group and partner in the employee benefits and executive compensation, labor law, immigration law, and wage and hour compliance practice groups at Genova Burns, says he is advising companies to proactively review their I-9 compliance processes (part of the Immigration Control Reform Act that was enacted in the 1980s). “It is a continuing challenge for legal counsel to ensure that newly hired HR professionals and managers are aware of these requirements, which are strictly enforced by federal agencies. Some of our employer clients are required to use the E-Verify process,” he says. E-Verify is the US government’s Internet-based system that allows businesses to determine the eligibility of their employees to work in the US.

According to Cullen & Dykman’s Wassel, employers can keep their workers’ I-9 forms in a filing cabinet. They don’t have to show the forms to anyone unless they are audited by US Citizenship and Immigration Services. On the other hand, E-Verify verification is immediate and involves government review of the hiree. “If it tells you the prospective worker is eligible to be hired, you are pretty much covered. If the government made the mistake via E-Verify, it is unlikely you would be responsible for the error.”

Meanwhile, McGovern stresses that employers must keep tabs on when their immigrant employees authorizations to work expire. Whether it’s waiting for H-1B or green card authorization, or one’s current work authorization has expired, immigrant employees and prospective immigrant employees should be careful about leaving the US to visit family back home. “There are various risks, especially if your paperwork is still being processed. The last thing our employer client wants is to have the alien employee stopped at the border with insufficient documentation and then not be allowed to re-enter the US,” he says.

On the other side of the coin, if an employee who was thought to be a legal immigrant is discovered to be illegal, the employer must suspend that worker – without pay – from the job until that person is, within reasonable time, able to provide the proper documentation proving he or she is legally in the country. If they cannot, the employer must fire that person. McGovern adds, “The employer can face significant criminal penalties if he or she takes no action under these circumstances.”

Lawyers give mixed views on whether the Trump administration’s agenda on immigration is truly being enforced and whether it is having a tremendous impact in the workplace.

Immigration attorney Harlan York of Harlan York & Associates, comments, “I am backed up with work because there are so many scared people out there. I’m trying to talk them off the ledge and remind them that, notwithstanding a lot of the fear, the majority of what is happening right now since the election is not very different [than what took in place during previous administrations].”

In fact, President Clinton signed a very strict immigration law in 1996 [the Illegal Immigration Reform and Immigrant Responsibility Act of 1996] and under the Obama administration, 2.5 million illegal immigrants were deported (the highest number than any other president in the 20th Century, according to an Aug 29, 2016 ABC News article by Serena Marshall).

“People think there are all of these changes. I’m not saying there haven’t been any, but most of it is hysteria. A lot of it is being driven by the foreign language media that a lot of our clients watch,” York says.

McGovern comments, “We can expect the increased enforcement of the Immigration Control Reform Act, and the president’s recent and future executive orders are going to place additional emphasis on employer compliance.”

Riker’s Ohnegian comments, “We are not yet seeing stricter enforcement of existing laws. Nothing has really happened yet, but we all get the sense that something is going to happen … that things will change.”

It is important to stress that these lawyers are all talking about the clampdown on illegal immigration. As for diversity and the multicultural workplace, that always makes good business sense in a global economy.

As Genova Burns Mastellone comments, “Diversity is the goal everyone should strive for. I tell my clients the statistics don’t lie. The most diverse workforce is the most productive workforce. It does enhance a company’s bottom line.”