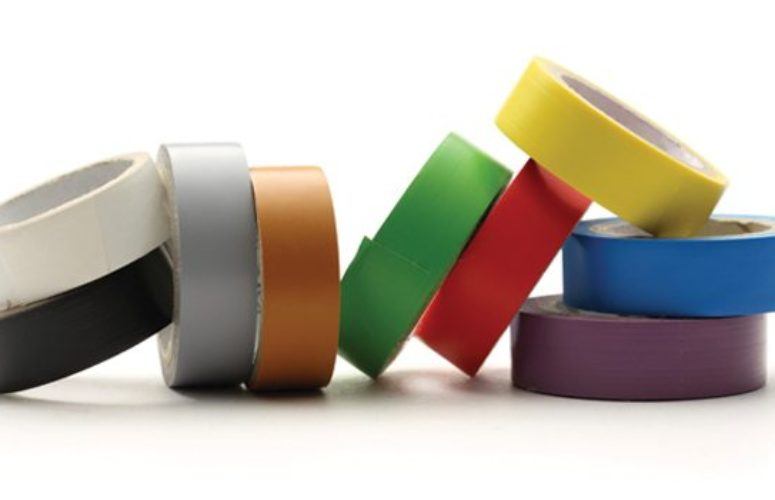 It’s All in the Tape

Skillman-based Findtape.com evolves from side project into one of the fastest growing companies in the nation.

Kevin Mahoney, the founder of Skillman-based Findtape.com, an online seller of adhesive tapes, did not predict he would wind up in the “tape business.” However, what started as a side project in 2004, turned into something he could have never imagined.

Mahoney – a New Jersey resident who graduated from Penn State with a finance degree – began his career with Shell Oil in Houston. Using his background and experience with computers, he wrote a geographic information system, designed to price gasoline for the company. Eventually, he made his way back to the East Coast and moved to New York City, where he began working at an interactive web agency, creating websites for companies like Godiva and Coach.

After living in New York City for many years, Mahoney, along with his wife, decided to move back to New Jersey in 2003.

“When I moved back, I reconnected with a friend from grade school who had a tape convertor business, in which he would cut large rolls of tape into smaller custom rolls to sell,” Mahoney says. “I said to him, ‘I build websites for a living. Why don’t I build you one for your business?’ He then said to me, ‘I don’t want to sell direct and get involved with that, so why don’t you build a website for yourself, sell the tape, send me the orders and I’ll dropship them for you.’ That is basically how I started my company.”

Mahoney, who was still working in New York City at the time, had a sales figure in his mind when he first started the company. “I said to myself, ‘If I can hit this particular number, I can quit my job, work for myself and not have to endure my two-and-a-half-hour commute from New Jersey to New York every day.’ I never thought that would happen, though.”

But it did happen. And in 2006, he was able leave his web development job to focus on Findtape.com full-time.

Today, in working with his friend’s tape convertor business for custom orders, Mahoney’s company has more than 500 products from more than 25 tape brands and sells more than 5,100 variations to “meet just about any tape need, from scrapbooking and packaging, to covering cables and floor marking.” Since 2004, it has sold more than 3.4 million rolls of tape and has more than 115,000 customers. Additionally, the company has had a three-year growth rate of 83 percent and currently sees revenues of approximately $5.2 million a year.

“When I started this company, I didn’t fathom that it would get to where it is today,” Mahoney concludes. “In 2014, we were No. 3,788 on Inc. magazine’s list of the 5,000 fastest-growing private companies in America. From what started as something I did on the side, to becoming one of the fastest growing companies in the nation, is completely amazing to me and is something of which I am extremely proud.”