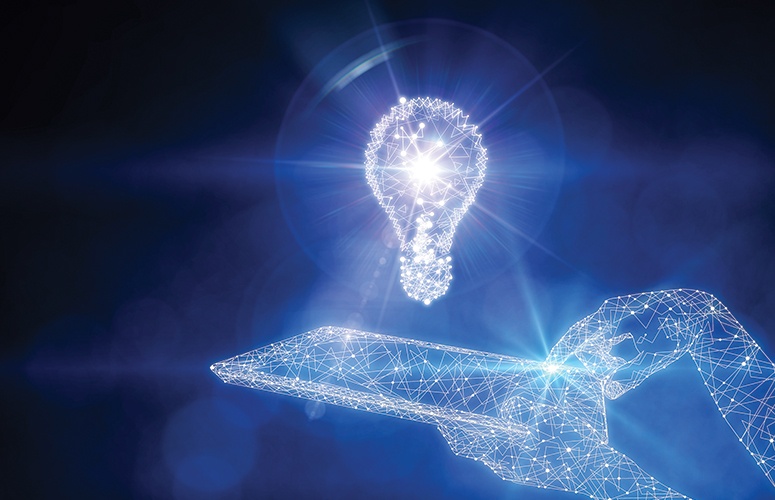 Innovating for an Innovation Ecosystem

A panoramic view of success and struggles for New Jersey’s ‘innovation ecosystem’ – and what a host of entities are doing to both maintain and build it.

Experts say cutting-edge, regional innovation ecosystems generally feed from a bevy of factors, including, but not limited to: talented employees, geographic location, capital funding, and collaboration between industry and higher education institutions. New Jersey has pros and cons in all of the above spheres, and many entities are striving to bolster the state’s scenario.

Regarding higher education, New Jersey has arguably benefitted by merging Rutgers University and the former University of Medicine and Dentistry of New Jersey, which – among other features – generates spin-off firms and collaborations. Princeton University, Rowan University, the New Jersey Institute of Technology (NJIT) and Stevens Institute of Technology – in addition to other universities – likewise have been bolstering innovation in many ways. Yet, the state does not necessarily have as many institutions as Massachusetts, for example.

New Jersey does have a nonpareil workforce, with more residents per square mile with PhDs than anywhere else in the world. And while New Jersey’s high cost of living – among other factors – has led to a demonstrable and highly-publicized exodus of younger workers, at least some companies report they have not had associated STEM (science, technology, engineering and mathematics) worker concerns.

Ellen Ferguson, operations and planning leader at Nokia Bell Labs, and vice chair, Research & Development Council of New Jersey, explains, “We haven’t had trouble getting the talent. We actually pull from a global talent pool, so we see people wanting to come to New Jersey from literally all over the world. From an internship perspective, we have thousands of applicants, and end up accepting less than 1%. There is just a strong showing of intern applications, and they continue to grow for our New Jersey internships. It just shows that there is not an issue. People are happy to work in this environment.”

Robert Cohen, vice president of global R&D and chief technology officer of Stryker Joint Replacement – as well as a board member of the Research & Development Council of New Jersey – outlines 3-D printing, robotics, new biomaterials, computer simulation, and predictive analytics as a few areas his company focuses on, and generally concurs with Ferguson, saying, “Why would a millennial not want to work with Stryker? Do you think a millennial would say, ‘I am not going to go to New Jersey, so I am not going to work at Stryker,’ with robotics, 3-D printing and computer computational power? Our list of people for internships that apply for the amount that we do with co-ops is strong.”

Yet building and retaining a workforce trained in STEM is a concern and focus for many entities, including the Research and Development Council of New Jersey, which is part of the Governor’s STEM Scholars program. There is also the New Jersey STEM Pathways Network, which is a statewide initiative comprised of more than 500 representatives who, in part, gather to prioritize issues surrounding STEM, such as: workforce development, teacher recruitment and training, early student learning and computer science. In fact, almost every relevant trade association and government entity in New Jersey is – in one way or another – focused on building the STEM worker pipeline in some way, either for innovation-type companies, or manufacturing production’s needs.

In more general terms, Stryker’s Cohen says, “If we don’t cultivate [STEM] through college programs, we are not going to have the workforce that we need. Once the workforce starts to dry up, then we are challenged.”

Companies are not idle on this issue either, as Anthony Cicatiello, president of the Research & Development Council of New Jersey, explains: “Lockheed Martin went down to Rowan University and they said, ‘If you want us to hire your students, this is what we want them to know when they come out of college.’ We have to produce students who can come right out of college. A lot of the employers that I talk to say that NJIT students come right into their operations, and they know what they are doing. And that’s what Lockheed Martin said: ‘We need these specific skills.’ Rowan said, ‘Fine. We will set the curriculum up around that.’”

More venture capital (VC) funding is available in California and New York generally, as those locales’w innovation ecosystems are booming. Gov. Murphy himself noted a few months ago that in the year 2007, New Jersey ranked 5th in the nation for venture capital investments, but it has now dropped to 15th.

Offering arguably a pros-and-cons view, Debbie Hart, president and CEO of the biotechnology trade organization BioNJ, tells New Jersey Business, “We need more early stage innovation, and we need VC money to match it. [However], one of the increasing [benefits] is connectedness of angel investors. We have seen more angel investors than in previous years, and more of them are willing to collaborate together – and to invest in life sciences. I think that’s a definite plus. But, it takes 10 to 12 years, and $2.6 billion, to bring a drug to market. Lots of money is needed. It is never enough.” (Please see page 43 for a full report on venture capital funding).

Dean J. Paranicas, president and chief executive officer, of the life sciences trade organization the HealthCare Institute of New Jersey, says, “The fact that our larger companies often partner with or invest in the newer companies, validates what the newer companies are doing, and enables them to become more attractive to the venture capital community. The venture capital community sees that these folks may be on to something that is worth investing in. And that’s very important.

“When you look at the risk profile associated with life sciences research – the cost, and the time involved – any factor that would enhance the profile and prospects of investing in life sciences company advances that agenda. Over time, we have the potential to hold our own with other states – in these areas – as there is greater awareness and recognition of [this support of larger companies for smaller ones].

Also in the early stage innovation sphere, New Jersey has long since lacked a sole, physical central innovation “hub,” replete with coffee shops and tram lines, for example, where innovators, investors and academics can easily meet and foster early stage innovation. While the Garden State has numerous advantages such as Newark Liberty International Airport and proximity to Manhattan and Philadelphia, professional networking may require a car ride, perhaps even in heavy traffic.

What might be lost in the equation, however, is that New Jersey’s landscape is indeed dotted with a growing and staggering array of more than 400 biotechnology firms, as well as traditional pharmaceutical companies (many of which are deeply involved in the biotech sphere); 12 of the world’s top 20 research-based biopharmaceutical companies maintain a presence here.

New Jersey of course has innovation across nearly every imaginable sector and industry, ranging from the defense sector and flavors and fragrances, to the broader food industry and technology giants, for example.

And innovation is often “quietly performed.” It is almost unknown, for example, that biopharmaceutical company Bristol-Meyers Squibb alone has literally millions of square feet of research space in New Jersey across multiple locations.

New Jersey is, in fact, researching and innovating.

The State of New Jersey

The Murphy Administration has demonstrably been focused on innovation, too, with the appointment of the state’s first chief innovation officer last year, as well as reestablishing the former shuttered “New Jersey Commission on Science and Technology” as the “New Jersey Commission on Science, Innovation and Technology.” A slew of other initiatives, ranging from the new Incubator and Collaborative Workspace Rent Initiative (ICWRI) and a modernized Research and Development (R&D) tax credit, aim to help, too.

The NJIEF concept would entail making about $500 million in venture capital monies available for investment into promising startups, with $250 million generated “by competitively auctioning state tax credits to New Jersey corporations over five years” and then combining those proceeds with at least another $250 million from venture capital firms. Of note, those companies that purchase tax credits would also be committed to providing networking and support, for example, to NJIEF recipients.

In March, Gov. Murphy said, “We will follow the lead of our venture capital partners to ensure we focus on the businesses with the best plans for growth. Returns to the fund – by the way – would be reinvested to help grow other New Jersey-based startups. If we do this right, additional returns could also be reinvested throughout the state budget, in things like public education, NJ TRANSIT, and in infrastructure, generally.”

Now operational, ResearchwithNJ.com is another feather in the state’s cap. According to the site, it “helps businesses and entrepreneurs identify and collaborate with our top universities and experts. This free database will help you discover thousands of experts in STEM as well as their professional backgrounds, publications, and achievements.”

Jim Barrood, president and CEO of the New Jersey Technology Council (NJTC), says that innovation is promoted through his organization’s events and informal networks, among many other endeavors. He adds, “We are also the only trade association in the country that has not one, but now two venture funds, and, also, an angel network that we started over the past year. That really helps liquidity, helps startups get funded, and helps move the entrepreneurial ecosystem. Those are some of the ways we help the ecosystem and the industry grow.”

He concludes, “Right now, things are fairly good for everyone: Small and large companies are growing and thriving, in general, and we are in a good place [with the economy]. I am hopeful that continues, but, invariably there will be a slowdown, and that sort of worries me a little bit. But, for now, things are good, and [its], ‘Support the community as much as possible, so that when a downturn happens, they are not looking to cut costs, and therefore move out of state.’”