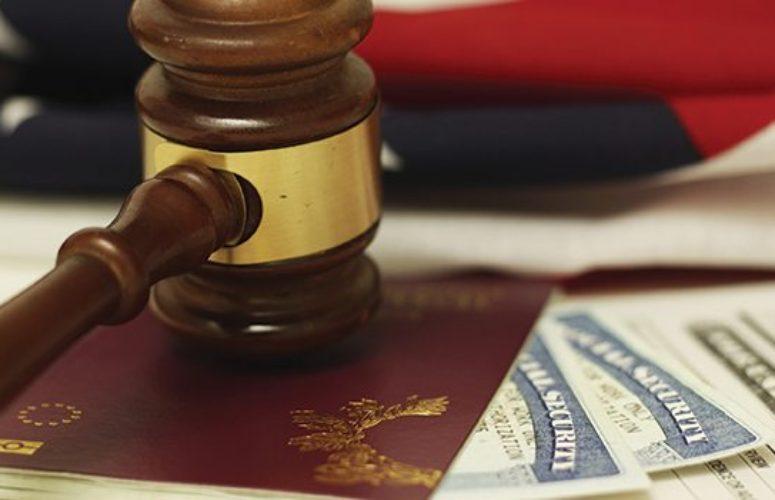 When it comes to immigration law, there’s only one thing on the mind of New Jersey employers in key industries: H1-B visas. These are the Holy Grail for New Jersey’s pharma, medical and technology employers who need a growing number of software engineers and information technology experts.

“The limits on H-1B visas are crippling and very destructive,” notes Patrick McGovern, a partner and an immigration law specialist at Genova Burns, a law firm headquartered in Newark.

US employers with these needs simply can’t find enough technology professionals to staff their offices. US colleges and universities are not graduating enough people with the required skills. Recognition of this problem is growing on US campuses and on a federal and state level, and there’s a great deal of talk right now about improving STEM education (science, technology, engineering and math) at all levels. Meanwhile, private industry is setting up “boot camps” in software engineering in cities all over the country.

But these are long-term solutions. They don’t solve the problem for New Jersey employers, who need more programming and IT employees right now – and have to go through a complex process when hiring them from abroad.

“There’s a dearth of this skill set – people writing code. It’s a challenge we’re finally facing,” McGovern notes. But he adds, “Some of the Pacific Rim countries teach these skills at an earlier level. They don’t wait for students to reach higher levels. That’s what we are up against.”

US law right now allows only 85,000 people into the US as a whole, annually, on H1-B visas. Approximately 65,000 of these require at least a bachelor’s degree or its equivalent. Some 20,000 may be foreign professionals with a Masters or Doctoral Degree from a US university.

The process for obtaining these temporary employment visas is complex. It may include petitioning two or three parts of the US government – from the US Citizenship and Immigration Services (USCIS) (the first step) to the State Department and Department of Labor (DOL). No wonder most firms hire specialized legal help to facilitate the process.

Firms such as Harlan York & Associates and Genova Burns, both headquartered in Newark, and Archer & Greiner, headquartered in Haddonfield, find that they have a steady stream of New Jersey employers coming in their doors every year asking for help hiring foreign workers either from abroad or from US master’s and doctorate programs.

There is no specific quota for each state. Quotas are set on a national basis. In addition, the federal government now requires employers to file their requests for such workers by April 1 each year. That makes things even more difficult because employers can’t respond quickly to changes in work conditions later in the year.

New Jersey employers are also up against obstacles because of the state’s unemployment rate. Since the Great Recession, New Jersey’s rate has been higher than the national average. During the recession it caused a particular problem because when employers wanted to downsize or cut salaries, they were prohibited by law from doing that for H-1B visa employees.

Now, this higher unemployment rate makes the certification process for foreign nationals harder because government requires a greater amount of proof that no US national can fill the job with someone in the US. “This is a big turnoff for employers,” McGovern says.

Employers who want to their H-1B employees to achieve permanent resident status find that is difficult, too. H-1B visas are granted for three years and can run a maximum of six years with extensions. But the process for converting these visas to permanent resident status is “strict, expensive and time consuming,” says Greg Palakow, chairman, immigration practice at Archer & Greiner.

Two types of visas are relatively easier for New Jersey employers to get approved. These are the L-visas (L-1A and L1B) for employees already working abroad for a company. These are for foreign professionals who have worked for the employer abroad. Their company wants them to work in the US for a certain period of time. These visas are “every lawyer’s dream,” according to McGovern. There is no annual limit on these, employees are frequently granted extensions, and the visa holders may be sponsored for permanent status by their employers.

The “hottest” type of visa right now for foreign nationals is the Investor Visa, also called the EB-5. To apply, an investor must put up $1 million in a company that will generate at least 10 jobs for American citizens. (The figure is $500,000 in a rural area or where there is high unemployment.) These visas, while creating a great deal of publicity, have been underutilized in New Jersey. One reason for this may relate to the US tax system, according to McGovern.

“For wealthy business people who live overseas, the key issue is avoiding taxes,” he says. “But the Internal Revenue Service is very aggressive. The IRS expects to tax a person’s worldwide income.” It’s easy to see why that factor can be a hurdle for the type of people who have enough money to make this investment.

EB-5 made headlines recently, due to alleged political influence used to get them. The head of the US. Citizenship and Immigration agency has been accused of getting directly involved in expediting EB-5 visas for foreign investors with close ties to well-known Democrats. These accusations are being investigated by Congress.

Other types of visas are easier to get for New Jersey employers and less controversial than H-1B visas. These are visas for temporary agricultural workers and “seasonal” non-agricultural temporary workers – those who work in landscaping, construction, hospitality and tourism. These visas are less controversial because, in theory, they do not appear to take away jobs that Americans are seeking, the way the H-1B visas are sometimes perceived to do.

The H-2A visas (agricultural visas) are usually for one year, and can be renewed for several years, but the employer is barred from hiring the person on a permanent basis. The H-2B visas are for “seasonal” workers who are expected to return to their own countries each year. When they don’t, they risk being picked up as illegal. When that happens, attorneys have another set of problems to deal with. If they cannot achieve legal status for the worker, the aim is to make sure the person leaves the country in such a way that he or she is able to apply for legal immigration status in the future, according to Palakow.

Of course, it’s common knowledge that many immigrants working in these fields do so illegally – without these visas. In fact, a recent Pew Hispanic Center study reported that New Jersey was third among the states with the largest share of unauthorized immigrants in its workforce; at 8.6 percent. The state ranks behind only California and Texas.

Illegal immigrant workers have made it into the press in New Jersey over the past few years because of stricter policies from the Bush and Obama administrations, including raids and subsequent deportation. There has been increased criminal enforcement against employers who knowingly hire employees without authorized immigration status.

The federal government also beefed up another program, administered by the US Department of Homeland Security and the Social Security Administration, to encourage employers to obtain electronic verification from the government of employees’ work status. It’s called E-Verify and very few private New Jersey employers have signed up for this (the program is voluntary). It is used by companies that have contracts with federal or state agencies.

Overall, the gridlock in Congress seems to be the biggest problem facing the state. That standoff has prevented comprehensive immigration law reform. “There’s a real standstill,” notes Harlan York, an immigration attorney and partner of Harlan York & Associates. “It’s really ‘hurry up and wait.’”

Comprehensive immigration legislation would make it easier for New Jersey to deal with its “illegal” problem and – at the same time – employers might get relief from the tight quotas on H-1B visas. Fifteen months ago, it looked as if Congress might pass some comprehensive legislation, but the president’s recent executive action regarding immigration seems to have stymied any possibility of action by Congress this year or next.

The result, according to York, is that “a lot of people [with talent] are being lost. We are losing the ability to bring in people who may start the next Google or find a cure for a disease … all because they can’t get their green card.”

York sees the present deadlock over immigration legislation as part of a historical pattern. For decades, Congress has been limiting the number of immigrants who can enter the US, from Germans and Chinese to Eastern Europeans. It’s all part of the same picture. He asks rhetorically if such policies have helped the economy, and the answer definitely seems to be, “No.”

Until recently, even New Jersey’s own governor, Chris Christie, was silent on the need for comprehensive immigration legislation. But in mid-March, while in Iowa, possibly to pave the way for presidential aspirations, he took a stand. He said the “uncertainty created by our national leaders is hurting our economy. … We should have a clear, legal, reliable guest worker program that folks in agriculture and others can rely upon and that makes sense.”

He adds that it would be “one piece of an overall approach to try to fix an immigration system that clearly does not work any longer.” As far as New Jersey employers are concerned, it’s about time.

Foreign professionals in “specialty occupations” that have a bachelor’s degree or the equivalent (65,000/year) – or those with a Masters or Doctoral degree from a US university.

Foreign professionals with specialized knowledge already working for a US company abroad for at least one year. (no number limit)

Foreign nationals who make a substantial investment in a business in the US of either $500,000 or $1 million