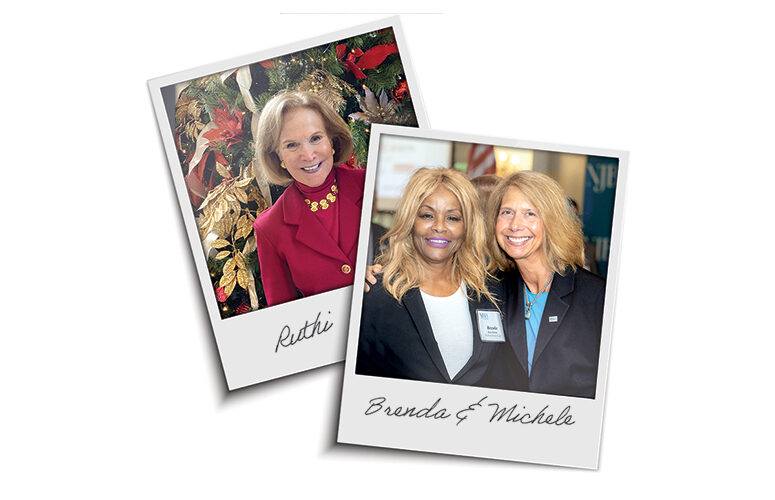 NJBIA's Women Business Leaders Forum – the largest professional women’s conference in the state – is an opportunity for hundreds of executives, entrepreneurs, nonprofit leaders and students to come together to be inspired and empowered to build successful businesses and boardroom diversity.

It’s also an opportunity to honor the best of the best – the bold leaders who overcame challenges, blazed new trails in business and public service, and served as both mentor and inspiration to hundreds of colleagues along the way.

At the 8th Annual Women Business Leaders Forum on Sept. 28-29 in Atlantic City, I will have the honor of presenting the Caren Franzini Leadership Award to Brenda Ross-Dulan, a visionary senior executive, thought leader, and board director who is highly regarded for her strategic leadership, business acumen and ability to help others achieve professional success.

Brenda launched her own consulting business, The Ross Dulan Group LLC, after 25 years in the financial services sector, where she led the merger between Wachovia and Wells Fargo and served as president of Wells Fargo’s consumer banking group in southern New Jersey. Today, at The Ross Dulan Group, she leads a diverse team and leverages her decades of experience in corporate banking, construction financing, and community development to help executives solve their toughest business challenges.

Just like the namesake of the Caren Franzini award, Brenda is also an active leader in the community, having served on boards of many business organizations and nonprofits including NJM, Princeton Regional Chamber of Commerce, and the Chamber of Commerce of Southern New Jersey.

The Caren Franzini Leadership Award is named after the longtime CEO of the New Jersey Economic Development Authority who worked tirelessly to promote entrepreneurship and economic growth, especially in cities. After leaving government, Caren continued giving back to the business community as an NJBIA board member until her death in 2017 at age 57.

At this year’s WBLF, we are also pleased to be recognizing Ruthi Zinn Byrne, president of the public relations firm Zinn, Graves & Field, with the first NJBIA Legacy & Leadership Award in recognition of her decades of public service, business achievements, and mentorship.

Brenda and Ruthi both possess that rare ability to build relationships, inspire their teams, and achieve results – all while opening doors for other women seeking to advance in politics or business. I hope you will join us in recognizing them for their outstanding contributions to New Jersey business.