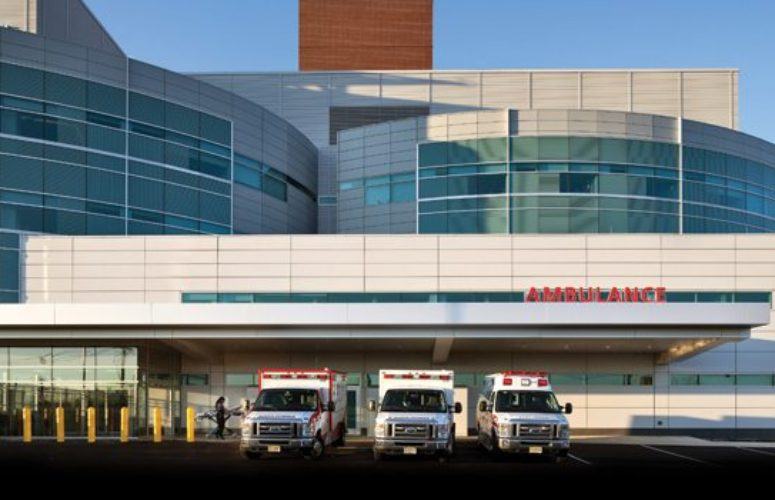 New Jersey is rapidly becoming known for its exceptional healthcare systems, so it’s no surprise that the Garden State is home to numerous award-winning hospitals. With distinctions ranging from Magnet Recognition from the American Nurses Credentialing Center to the coveted “Top Hospital” award from The Leapfrog Group, the state’s hospitals continue to strive for excellence in an array of areas, from innovation and technology to patient care and safety.

Virtua Hospital in Voorhees has been honored with awards ranging from The Leapfrog Group’s annual list of “Top Hospitals” – making it the only full-service, non-specialty hospital in the region to achieve this distinction, and one of only 94 “Top Hospitals” recognized nationally – to the Press Ganey Guardian of Excellence Award. An elite distinction awarded to hospitals across the country for demonstrating excellence in safety and quality through the Leapfrog Hospital Survey, the “Top Hospital” award is given to less than 7 percent of all eligible hospitals. Press Ganey conducts third-party surveys of healthcare institutions across the country, and recognizes hospitals that fall within the 95th percentile for patient experience, employee or physician engagement, or clinical quality performance. “It’s an especially meaningful award because it comes straight from our patients and consumers, and encompasses their perceptions on a number of different factors with regard to the level of care we provide … so it’s something we’re very proud of,” says Michael S. Kotzen, executive vice president for population health management at Virtua, a Marlton-based healthcare system.

These awards are in addition to an array of other recognitions that relate directly to the hospital’s employees, including designations such as a “Best Place to Work” by the Philadelphia Business Journal. “From our physicians to our employees, it’s everyone within our organization who comes together to make these things happen … and it really validates the time and dedication they put in to create a safe, high-quality experience for patients,” Kotzen adds. “I think as these awards come in, you can really see how proud every member of the organization is for the accomplishments.”

In their efforts to continue to enhance patient experience and remain economically viable amidst the state’s competitive healthcare industry, hospitals have to continually look ahead to determine the best ways to embrace the future of healthcare in the state. According to John Matsinger, DO, executive vice president and chief clinical officer for Virtua, that may mean continuing to evaluate the organization from the patient perspective, and always doing whatever it can to improve the patient experience. “Whether it’s within the fitness center, one of our physician’s offices or the hospital, we must ensure that patients are receiving the highest level of quality and safety at all times, and that the experience is as positive as it can be,” he says.

Though it has been awarded national distinctions, such as Magnet designation for nursing excellence from the American Nursing Credentialing Center and “Best Hospital” by U.S. News World & World Report, Holy Name Medical Center in Teaneck also takes special pride in awards that recognize the level of value that it provides for patients. According to Catherine Yaxley, vice president of planning and government affairs for Holy Name, the hospital is proud of receiving the Community Value Five-Star designation from Cleverley + Associates, which recognizes the top 20 percent of hospitals in categories including financial viability and plant reinvestment, cost and charge structure, and quality performance. “It’s an award that recognizes that we’re here to provide true value and a high level of quality for our patients, and all in a fiscally-responsible manner – and that’s always been our goal,” Yaxley says.

“Awards and recognitions provide communities – which include employees, physicians, patients and their families, and medical/clinical students across the state and region – with additional assurances that patients consistently receive superior care by top quality clinicians at [our hospital],” says Kevin J. Slavin, president and chief executive officer of St. Joseph’s Healthcare System. “These awards bring a tremendous amount of pride and sense of accomplishment for our physicians and the members of our employee family who live the mission, vision and values at St. Joseph’s, and embody a true passion for healing.”

Hackensack University Medical Center has also been consistently awarded with accolades from U.S. News & World Report; it’s among the top 30 hospitals in the nation to have 10 or more national specialty rankings in U.S. News & World Report’s 2014-2015 “Best Hospitals” rankings. While only three percent earned a national ranking in even one specialty, HackensackUMC earned 11. In addition to the Joseph M. Sanzari Children’s Hospital recently being named among its top 50 “Best Children’s Hospitals” for neurology and neurosurgery, HackensackUMC also received national rankings in specialties including cancer, cardiology and heart surgery, pulmonology, urology and others. Also under the U.S. News & World Report rankings, HackensackUMC earned the distinction of being New Jersey’s No. 1 hospital.

“HackensackUMC is tremendously proud to be considered one of the top hospitals in the nation, and the best hospital in New Jersey,” says Robert C. Garrett, president and chief executive officer of Hackensack University Health Network. “Our team remains dedicated to patient-centered, specialized care across a broad spectrum of practice areas, and our specialty rankings are a clear reflection of this commitment.”

“From our revolutionary cancer services, cutting-edge research programs, children’s hospital, heart and vascular hospital, Orthopaedic and Neuroscience institutes, our brand new center Fitness and Wellness Powered by the Giants, to the compassionate care we deliver each and every day, the Hackensack University Health Network offers world-class services,” Garrett adds. “Each of these awards is a testament to the exceptional care we provide to the metropolitan area.”

Elizabeth-based Trinitas Regional Medical Center has been the recipient of numerous awards in areas ranging from patient safety excellence and information technology prowess, to a five-star quality rating from the federal government’s Centers for Medicare and Medicaid Services (CMS) for Trinitas’ separate long-term care facility. Regarding patient safety, Trinitas was among 23 New Jersey hospitals to achieve a prestigious “A” rating from the Leapfrog Group. A total of 70 hospitals in the state were among those counted in the survey.

Among the many awards received by the hospitals throughout the state, “Most Wired” by the American Hospital Association in Hospital & Health Networks has become an increasingly important distinction. CentraState Healthcare System in Freehold recently earned the award for the fifth year in a row, joining the ranks of hospitals across the country that are being recognized for their use of information technology within the organization. “It’s an important award because it shows that you’re asking the right questions and focusing on the right areas to develop processes in the right way,” says John T. Gribbin, president and CEO of CentraState Healthcare System. “The ability to develop effective information technology systems is something we see as absolutely critical to success in healthcare in the future.”

The hospital has also been receiving recognition for the development of the CentraState Community Health Plan in partnership with QualCare, Inc., its own self-insured health plan which has already proven to save employees money and improve their overall health. “We’re excited by the potential of this plan to help the community gain better access to healthcare … we’re getting a lot of positive feedback and hope it serves as a platform for future growth,” Gribbin adds.

For many hospitals, it’s a particular facility or their outstanding efforts in treating a particular disease for which they’ve been recognized. Last September, Overlook Medical Center was the only hospital in the state to receive a designation by the national Tourette Syndrome Association as a “Tourette Syndrome Association Center of Excellence,” awarded to premier healthcare facilities, research centers and academic institutions across the United States. “This designation will assist the public in locating the most reliable and robust team of medical experts engaged in ongoing research and new therapies for individuals with Tourette syndrome,” explains Roger Kurlan, MD, neurologist and medical director of the Movement Disorders Program at Overlook Medical Center.

Similarly, Flemington-based Hunterdon Healthcare System’s Center for Nutrition and Diabetes Management was awarded the American Diabetes Association’s Education Recognition Certificate for a quality diabetes self-management education program; the center has been nationally accredited for more than 20 years. The recognition joins a list of hospital-wide awards, including U.S. News & World Report ranking Hunterdon Medical Center as fourth in Central New Jersey, 11th among the 100 New Jersey hospitals, and 28th among the 180 New York metropolitan hospitals. Hunterdon Medical Center was also ranked as high-performing in the areas of gastroenterology and GI surgery, orthopedics, pulmonology, nephrology and geriatrics.

Meanwhile, Morristown Medical Center was ranked by U.S. News & World Report as one of the top five New York metropolitan area hospitals, and one of the best hospitals in the nation for 2014-2015 in cardiology and heart surgery, geriatrics, gynecology, orthopedics and pulmonology. “Our efforts in bringing national-level physician recruitments and our investments in facilities and technology have resulted in taking our medical center to a new level,” says David Shulkin, MD, president of Morristown Medical Center and vice president of Atlantic Health System.

Along with its Magnet designation, Raritan Bay Medical Center (RBMC) has also been recognized for its outstanding facilities and treatment programs. Among its recognitions are the American Heart Association’s Get with the Guidelines Gold Achievement Award for heart failure patient care, and it was named a Pink Ribbon Facility for women’s imaging for its use of 3D mammography.

The hospital has also joined the Institute for Healthcare Improvement’s Project JOINTS program to prevent surgical site infections. Its Diabetes Self Management Education Program has been recognized by the American Diabetes Association, and RBMC is a New Jersey Department of Health and Senior Services designated Primary Stroke Center. “The significance of these kinds of distinctions are twofold: when patients go to a facility that has these designations from independent third parties based upon our performance and outcomes, it’s an external verification of areas of excellence within the medical center,” says RBMC President and CEO Michael R. D’Agnes. “And the fact that we’re granted these awards based upon criteria that our employees have worked hard to meet is a tremendous morale booster, and speaks to their desire to work in a top-quality healthcare institution.”

Additionally, the New Brunswick and Somerset campuses at Robert Wood Johnson University Hospital continue to be recognized for their treatment in various areas, including: The Joint Commission’s Gold Seal of Approval for total knee and total hip replacements at its Joint Surgery Center; the Commission on Cancer of the American College of Surgeons recognizing the Steeplechase Cancer Center with its Outstanding Achievement Award; and The Bristol-Myers Squibb Children’s Hospital at Robert Wood Johnson University Hospital being named one of America’s Best Children’s Hospitals by U.S. News & World Report.

“Awards reaffirm a healthcare organization’s commitment to quality and providing exceptional care to patients. A national recognition, in particular, forges a tremendous sense of pride among all members of the hospital family,” concludes Michael Antoniades, vice president of operations at Robert Wood Johnson University Hospital. “They also set a high standard, and motivate employees and medical staff to continue to meet and exceed expectations.”