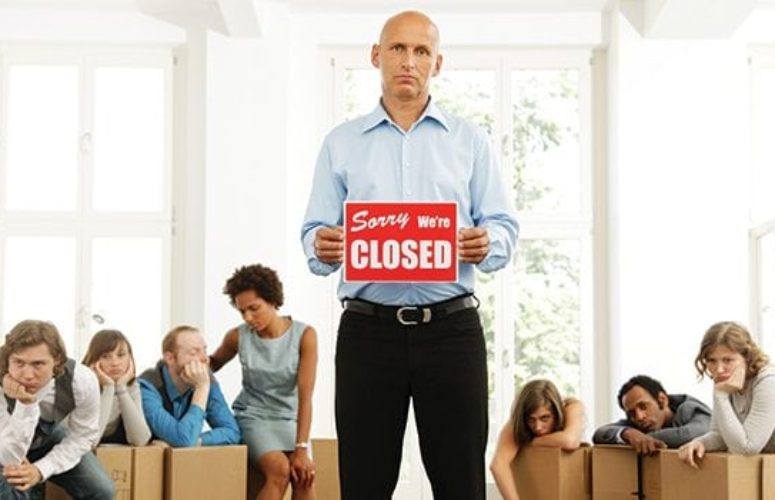 Companies must follow labor and anti-discrimination laws or pay a heavy price.

When a company decides to close up shop or considerably downsize its workforce, a number of factors come into play – not the least of which is when to notify employees. Both the federal and New Jersey state governments have taken steps in recent years to protect workers under these circumstances, and understanding the rules can make a big difference in a company’s ultimate payout.

“Any employer who handles a plant closing or layoff should have a checklist of items to go through,” Patrick T. Collins, chair of the Labor & Employment Group at Norris McLaughlin & Marcus, P.A. in Bridgewater, says. “I think the place to start is with the variety of labor and anti-discrimination laws that apply. Each step of your planned action must be reviewed with these laws in mind. You may also have immigration concerns if, for example, someone is working for you on a temporary visa. And if you have a union workforce, a whole set of different legal obligations kick in.”

The US government began giving more protection to employees in 1988 when it passed the Worker Adjustment and Retraining Notification (WARN) Act, requiring companies with 100 or more employees to provide 60 days notice of plant closings and layoffs of 50 or more full-time employees (if that number makes up at least a third of the employer’s active workforce) over a 30-day period. For every day a company doesn’t provide proper notice, it’s required to give workers full pay and benefits; plus, there’s a civil penalty of up to $500 per day for the length of the violation.

In 2007, New Jersey passed its own version of the WARN Act (New York soon followed) called the Millville Dallas Airmotive Plant Job Loss Notification Act – becoming one of 14 states to have “mini-WARNs” on the books. New Jersey employers issued 56 WARN notices in 2016, the most noteworthy by Trump Taj Mahal in Atlantic City, affecting 2,848 workers.

“I think New Jersey is among the more aggressive states with some of the laws and regulations we have,” Collins says, citing that if a New Jersey business violates the 60-day notice provision in the state WARN Act, the penalty is a week of severance for every year the employee has worked there. “This could be a pretty hefty number and is potentially much more severe than under the federal act.”

The federal WARN Act has exceptions in the case of unforeseeable business circumstances, a faltering company, or a natural disaster, but there are no such allowances under New Jersey’s WARN statute. And while federal WARN laws refer to layoffs at one location, the New Jersey statute is broader, encompassing contiguous locations as well.

For example, Collins recently advised a client relocating offices from Camden to Philadelphia where the company offered a transfer to all employees. Under federal law, this would not have been considered a plant closing because the locations are so close. Under New Jersey law, however, since the company transferred its operations outside the state, it had to give 60 days notice.

According to Scott Ohnegian, partner and chair of the labor and employment group at Riker Danzig Scherer Hyland & Perretti LLP in Morristown, large companies are much more likely to comply with WARN regulations than smaller companies because, quite simply, they know about them through in-house or outside counsel. He believes New Jersey WARN and other statutes set the threshold too high, particularly for smaller businesses. “Think about a manufacturer of medicine vials, and 90 percent of its business comes from a contract with Johnson & Johnson. If that ends, that company is going to be out of business in less than 60 days,” he says. “It’s one thing for Walmart, but if you have an employer with 51 employees, it’s not as easy for them to comply because of the cost associated with it.”

In most cases, however, a company that has a huge contract pulled today is not going to close its doors tomorrow. “You always have a window – a wind-down period – but you should be aware there is exposure under New Jersey law,” Collins says. “You have to sit down and do an analysis and factor out the costs that will apply.”

The WARN Act can also come into play with the sale of a business or part of a business. The seller must provide notice of any plant closing or mass layoff up to and including the date of the sale, while the buyer is responsible if it happens after the date of the sale. This can become tricky if the employer gives 60 days notice of the sale and employees begin to leave. “The buyer sees that and says, ‘Wait, I’m losing one of the key assets: the workforce.’ He might not be interested anymore,” Dennis Alessi, co-chair of labor and employment at Mandelbaum Salsburg in Roseland, says. “How you maneuver that is really a delicate dance. Sometimes the buyer might start interviewing during the sale process. If not, the seller is between rock and hard place.”

In addition to the federal and state WARN Acts, companies laying off more than 20 employees need to comply with the Consolidated Omnibus Budget Reconciliation Act – commonly called COBRA – which requires that employees are notified of their right to continue health insurance coverage for up to 18 months at their own cost if they are terminated or their hours reduced.

Any company considering a closing or mass layoff should also take an accounting of its potential payout to employees for vacation, sick and personal days and other paid time off. “If you’re laying off 100 people, that adds up,” Alessi says. “So you have to think, ‘what are my employee expenses if I close?’ Owners can be personally liable if they fail to pay those expenses. That’s a big financial nut.”

Beyond paid time off, there are other obligations a company may need to fulfill, such as: Does it have employee contracts it has to honor? Is there a commission or deferred compensation plan that creates contractual obligations? Did it make any promises in offer letters that need to be honored? “These are issues that need to be considered before you shut your doors,” Ohnegian says. “And in the case of a sale, if any of these include unpaid wages, the new owner may have to pay them if the seller doesn’t.”

Discrimination is another major concern for employers, who need to make sure their layoffs don’t appear to target any specific group or category. Title VII of the Civil Rights Act of 1964 prohibits employers from discriminating against employees on the basis of race, color, religion, sex and national origin, while The Age Discrimination in Employment Act of 1967 put protections in place for workers starting at age 40. Tack on to that several local statutes, the most noteworthy being The New Jersey Law Against Discrimination (LAD), which adds protection against discrimination for ancestry, familial status, marital status, domestic partnership or civil union status, affectional or sexual orientation, gender identity or expression, atypical hereditary cellular or blood trait, genetic information, liability for military service, and mental or physical disability, perceived disability, and AIDS/HIV status.

“New Jersey has relatively strong anti-discrimination laws,” Jonathan I. Nirenberg, partner at Rabner Baumgart Ben-Asher & Nirenberg, P.C. in Upper Montclair, says. “However, since companies usually are smart enough not to admit that they have engaged in discrimination, it often can be difficult to prove. While a mass layoff is not a defense to discrimination, companies sometimes use them as a justification for firing employees for unlawful reasons.”

Many larger companies have Employment Practices Liability Insurance (EPLI), which covers them against claims made by employees alleging discrimination, wrongful termination, harassment and other employment-related issues. When doing a mass layoff, they will often consult their legal department or an outside lawyer to make sure the layoff is not weighted toward any group.

“Employers will bring us in to do an analysis. We’ll do something on an Excel spread sheet as we look at who they are looking to lay off, and who they are looking to keep,” Alessi says, who considers such questions as, are they getting rid of all the women and not the men, or is the layoff weighted toward older employees? “You have to look at that because if you engage in a layoff, you have to tell employees who you are laying off and their age, as well as who you’re keeping and their age.”

Adds Collins: “Discrimination is a major concern for employers, who need to make sure everything is done according to the laws. You need to get HR experts and employment attorneys involved and go over everyone who is being laid off. There’s a lot of planning and analysis that needs to take place before any action is taken.”