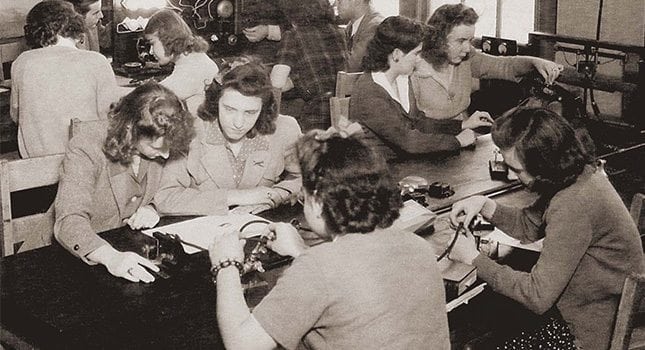 New Jersey colleges and universities have been evolving since colonial times.

The institution that would later be called Princeton University was founded in 1746, and its storied history includes serving as a field hospital during the Revolutionary War, as well as being a safe location for the State Legislature to convene when Trenton was captured during the war. Meanwhile, Queen’s College (which would later become Rutgers University) was founded in 1766, and remained a private institution until the mid 20th century. Overall, the 19th and 20th centuries spawned most of the 57 colleges and universities now in New Jersey, and the 20th century in particular witnessed a re-shaping of the higher education landscape. Today, there is a college or university suitable for any student, with independent, state and county colleges offering an array of academic degrees and other learning opportunities.

Once facet of New Jersey’s higher education landscape is independent colleges and universities (once known as private institutions). John B. Wilson, president and CEO of the Association of Independent Colleges and Universities in New Jersey, says, “In the independent sector, the institutions have the ability to respond to the market, because we are really market-driven institutions. The fact is that we enroll 66,000 students – that’s at all levels – both undergraduate and graduate. And about 45,000 of those are undergraduates, and of those 45,000, about 29,000 are New Jersey undergraduates. We are providing an opportunity for New Jersey residents, and we will continue to do that, because that’s part of our institutions’ mission.”

Historically, the 20th century’s GI Bill opened up vast educational opportunities for students, and, separately – in the 1970s and 1980s – coeducation had a similar, critical impact. Wilson explains, “At [Saint Peter’s University], when they first did [coeducation], they started with a quota system. If one third of the incoming class was going to be female, it meant that the bottom third of the all-male class was no longer going to be accepted, and the folks who were in the top third of the male class now had competition from the women. That was in the 1960s. In this day and age, the enrollment across our sector is about 40 percent male and 60 percent female. There are no longer quotas. The natural order has taken place, and the balance is 40 to 60, male to female. There have been great strides.”

In the public realm, by 1954 there were six New Jersey State Teachers Colleges that had not yet grown into full-blown colleges and universities. Today, there are 12 comprehensive state institutions, if one includes the state’s three public research institutions. These colleges and universities are devoted to serving the needs of the state, by, among other things, bolstering the economy with legions of well-educated residents.

The 1970s and 1980s saw the state colleges increasingly become multi-purpose institutions with distinct niches that enabled them to become state or national leaders in their respective areas, while helping form engaged New Jersey citizens. They are now household names such as Rowan University and Ramapo College, for example.

Michael W. Klein, J.D., Ph.D., who is CEO of the New Jersey Association of State Colleges and Universities, says, “These institutions were given more autonomy. That allowed their boards of trustees to set their academic programming, rather than being cookie cutter. They each developed and relied on the strength of the faculty that they had, and the programs that felt were important to their own futures. That’s how ‘communications’ developed as a real expertise at a place like William Paterson. And for Montclair State University, the life sciences [is an area of expertise]. In addition, in the very modern era, engineering at Rowan University includes some of the best undergraduate offerings in the whole country. Also in the field of engineering, The College of New Jersey offers a friendly rivalry with the New Jersey Institute of Technology. Programmatically, those are some of the highlights.”

Paul R. Shelly, the association’s director of communications and marketing, says: “[In 1985], our association stood at a critical time between when [the state colleges and universities] were just beginning to develop comprehensively, to a time when they have become master’s and Ph.D.-granting institutions, with an array of different courses and degrees one would find at a typical university. Whether you call it a ‘college’ or ‘university,’ it’s irrelevant: We have this great diversity of courses. And we’ve come miles in terms of attracting donations from the public. Also, we have far more student [applicants] than we can serve. People know about us; they know we are affordable.”

The state’s 21 county colleges have certainly seen a “coming of age” in the past decade, as they have increasingly experienced the matriculation of top-tier high school graduates. NJ STARS and NJ STARS II help pay tuition for highly-competitive students, while working in tandem with the Lampitt Bill, the latter which seeks to make students’ transfers from community colleges to New Jersey four-year colleges, seamless.

Meanwhile, Nespoli says, “More and more families are helping their sons and daughters, nieces and nephews, to hit the pause button: ‘Listen, Johnny, we know that for whatever your reasons, you have had you heart set on Vanderbilt University. Well, you really have to wonder about the wisdom of coming out of baccalaureate program with $80,000 or $150,000 in debt.’ Youngsters tend not to know what – in a real way – an amortization schedule means, in the day-to-day life of paying it off. So, especially with families of two, three, four, five children, the increasing reputation of quality programs at community colleges – small classes, quality faculty, honors programs – are appealing. They get all that on a student’s way to a baccalaureate degree, [the latter] which will carry the full name and reputation of the four-year institution, when he or she graduates.”

Beyond degree programs, county colleges offer a host of educational opportunities for non-traditional students, employees, employers and other community members. Nespoli adds, “If you talk to business leaders, on their very shortest list of things that matter most to them in terms of growing a business, it’s their people: Human capital. Yes, land, tax abatements and physical plant are important. But, as much as anything else [human capital] is a big factor in why business leaders decide to locate in this state or that state, or relocate. This is a plus for New Jersey – that we are blessed with a wealth of human capital. Community colleges play a key role in all of that.”

Of note, the $750-million Building Our Future Bond Act has been headline news, because it is leveraging construction projects on New Jersey college/university campuses that will the help institutions provide quality services to their students.

While New Jersey higher education institutions help students prepare to meet the demands of the world, the symbiosis, again, lies in the fact that these students bolster the state and nation, and now – in an increasingly global economy – sometimes the world. Far from a luxury, colleges and universities are shaping the future of the world, and New Jersey remains part of this cutting edge. NJB

Agile Therapeutics Appoints Seth H. Z. Fischer to its Board of Directors

Berkeley College to Debut MBA in Management in September 2015