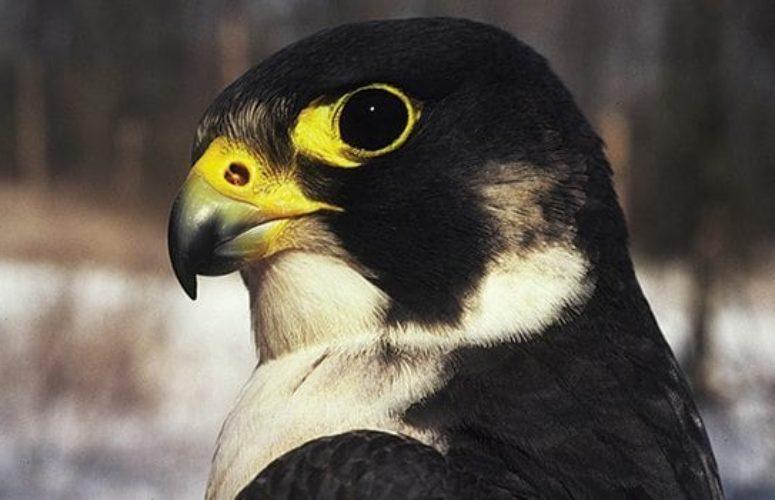 The endangered Peregrine Falcon is one example of a raptor that the Trust has taken care of.

Before You Go: The Raptor Trust – Rehab for Our Winged Friends

The Raptor Trust, located in Millington, is one of the premier wild bird rehabilitation centers in the United States. Last year, the Trust took in 5,672 individual birds of 168 different species, and released 2,369 birds back into the wild. The organization was established as a nonprofit 501(c)(3) wild bird rehab and education facility in 1982, but the spark that made everything possible dates even further back than that.

For The Raptor Trust Director, Chris Soucy, love and appreciation for wildlife flows deep in his family’s bloodline. Soucy describes his parents as early adopters of modern conservation ideas, and says that his late-father Len, the original founder and director of the organization, was a man who always wanted to take action and make a difference.

“In the late 1960s, [my father] became a US Fish and Wildlife licensed bird bander, allowing him to go into the Appalachian Mountains to catch hawks in migration and tag them to track things like longevity and distance travelled,” Soucy says. “Eventually, he got a reputation as the guy who knows a lot about birds.”

With the help of a veterinary friend, Len began caring for injured birds that people brought to his house. In many ways, he was a pioneer in the then-new field of wildlife conservation, learning on the fly and being self-taught on how to properly care for the many species of birds that came his way.

“It was a pretty interesting place to grow up,” Soucy says. “There were owls in the bathroom and hawks in the living room. [Today], there’s hundreds of thousands of cubic feet of flight cages and aviary space in the backyard, but, at one point, it was just a box in the laundry room.”

Soucy says the number of staff members at the Trust varies depending on the season. At its busiest, it sees nearly 100 volunteers and hosts several summer interns from nearby colleges.

Some of the most common birds treated at the facility include American Robins, Mourning Doves, Mallard Ducks, Blue Jays and Common Grackles. In 2016, the Trust saw 432 raptors – or birds of prey – including Red Tailed Hawks and Eastern Screech Owls. Endangered species like the Bald Eagle, Peregrine Falcon and Osprey were treated as well.

In addition to rehabilitation, The Raptor Trust’s mission is to educate the public on birds and conservation in general. The facility is open to the public 365 days a year, allowing for viewing and participation in learning programs.

“These animals are most often injured because of human activity,” Soucy points out. “They are hit by cars, fly into windows, get tangled in nets or are electrocuted by power lines. None of those things are natural in their world. They are things that people created, and my dad felt we should have a responsibility to fix some of that.”