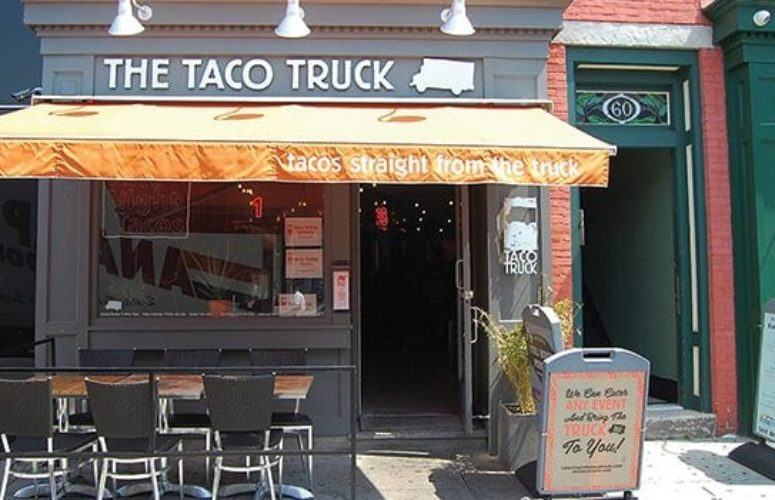 Before You Go – Bringing Authentic Mexican Cuisine to New Jersey

There’s no doubt that New Jersey has outstanding food, but friends Jason Scott and Chris Viola were determined to infuse the state with the true authentic cuisine that they fell in love with while adventuring in Mexico.

“One of the goals of our trips [to Mexico] was to expand our food concept through authenticity, and really understand the culture which so much shapes Mexican cuisine. The best things about authentic Mexican food are the ingredients and the freshness of it,” says Viola.

Visiting Mexico exposed the duo to a variety of cuisine experiences, ranging from extravagant home cooked meals and street carts, to pop-up shops and fine-dining restaurants in Mexico City – all of which inspired them to capture the vibrant and hospitable Mexican culture, and bring it to the Garden State.

In 2009, the team created The Taco Truck, which started out quite literally as – a taco truck. Now, the company is enjoying success with a number of brick-and-mortar locations. The first opened in Hoboken in 2010, followed by spots in Morristown, Princeton and King of Prussia, Pennsylvania.

“The truck allowed us to really develop our recipes and our team. It allowed us to test the market and build a loyal following that we were able to transfer into brick-and-mortar customers,” Scott says.

The food truck industry is unique in that it affords companies flexibility and versatility when serving customers. Starting out with the mobile truck allowed Scott and Viola to specifically target certain demographics at different times of the day. They were able to target business districts during the day and then move the truck to residential districts in the evening.

In addition to their set locations, The Taco Truck still utilizes one mobile food truck and cart, although today the model has shifted more towards catering, street fairs, festivals and special events such as weddings, birthday parties and corporate outings. You can, however, still find the truck periodically serving in Hoboken and Jersey City.

“We’ve always kept authenticity as our North Star. Everything that we do, we put it up against the authenticity test. The recipes that we developed early on are the ones we use today. It’s important for us to educate our team to understand, respect and honor our recipes,” Scott says. “For us, focusing on authenticity has been the key to our success.”

Some of the eats served at the Taco Truck include traditional tacos served with beef, chicken or pork, burritos, tortas and quesadillas – as well as some more exotic dishes including the pescado taco, served with crispy catfish, red cabbage, pico de gallo, tartar and chipotle salsa on a flour tortilla.

The Taco Truck team currently has 75 employees and is looking for continued expansion opportunities for company owned stores in the tri-state area. It hopes to open two new locations this year. “We are excited to continue to expand and bring authentic food to other neighborhoods,” Scott says. “One of the things we like about New Jersey is that there isn’t really an existing multi-unit operator that is delivering authentic cuisines. If every town in the state is going to have three good pizza places, there’s no reason why they can’t have one awesome taco spot.”