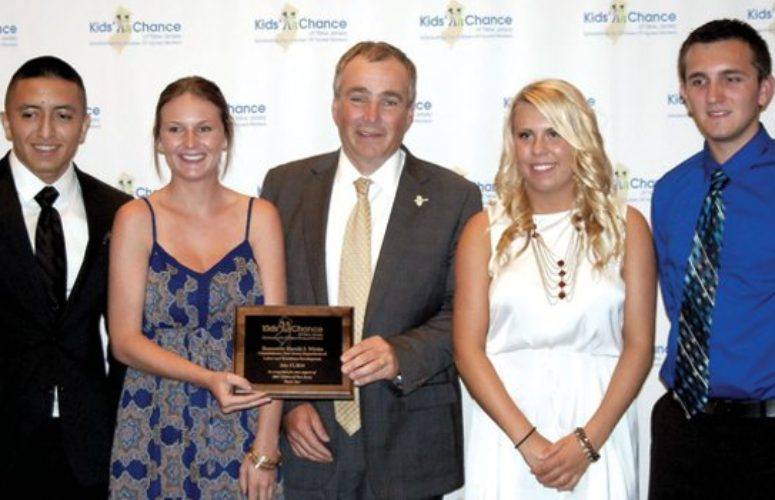 Each year throughout the United States, three to four million work-related injuries occur, including approximately one million injuries that leave individuals permanently disabled and 5,000 dead. These injuries and deaths not only affect families physically and emotionally, but the financial burdens that arise with the loss of income can be tremendous. And, for families who have high school-aged sons and/or daughters, that financial burden becomes even greater when it comes time for them to go to college.

Enter Kids’ Chance of New Jersey (KCNJ), a 501(c)(3) organization that was founded in 2012 – and a regional chapter of the Kids’ Chance national organization that was founded in 1988 – which aims to help provide some financial relief to those families. KCNJ was developed to “provide scholarships for college and vocational education to children of New Jersey workers who have been fatally or catastrophically injured in a work-related accident,” according to Lenny August, vice president of the New Jersey organization.

“We decided to start the New Jersey organization after being supporters of other Kids’ Chance organizations around the country,” he says. “So, I, along with other individuals, including folks in the workers compensation industry, got together and decided this was something we had to do to help support families and children in the state.”

Since its inception, KCNJ has raised approximately $300,000, and all of the money goes directly into scholarship funds, according to August. The organization raises money for the scholarships through two main fundraising events and charitable contributions from individuals and businesses throughout the state.

“Since 2012, we have handed out seven scholarships to six students whose parents have been critically or fatally injured while on the job,” August says. “Currently, we have nine more to give out this year. … Each scholarship covers one semester of college, up to $10,000, and the money is only used for academics, not room and board, for instance.”

August tells the story of one young man whose father was killed in an explosion at work when he was just two months old.  Before receiving a KCNJ scholarship, he was attending a New Jersey county college. However, his ultimate dream was to become a mechanical engineer, a degree which he couldn’t obtain by going to a county college. So, with the help of KCNJ, the young man is now attending the New Jersey Institute of Technology and working towards his dream, according to August.

“We want to do the best we can to help these families, and to help these kids achieve their goals and dreams,” August says. “And our No. 1 goal is to find and identify those New Jersey students who need the money for school. We want every kid whose family is going through something like this and that needs a scholarship, to get it. If we miss one kid, then we haven’t done our job. We just need to get the word out that there is money and scholarships available to help them.”