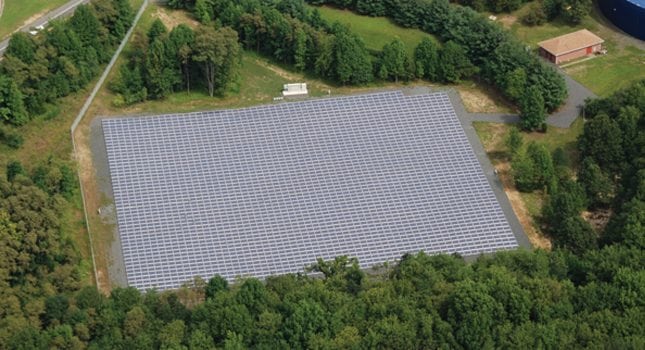 Getting Energized on Green Power

State is leader in renewable energy and energy conservation technologies.

In the face of rising energy prices, increased environmental awareness and natural disasters like Hurricane Sandy, the Garden State’s alternative energy companies and utilities are continuing to enhance their efforts to help local residents and businesses become more reliant on renewable forms of energy. From solar energy to new combined heat and power (CHP) technologies, the state continually proves to be one of the leaders in green energy.

Among the reasons that renewable energy sources are becoming more and more widespread across the state is that companies continue to improve upon green technologies, thus allowing for easier, more efficient, cost-effective installations, such as solar panels. “There really has been an improvement across the board in all of the renewable energy technologies, and solar panels just keep getting more efficient every year,” says Lyle Rawlings, president and CEO of Advanced Solar Products in Flemington, one of the largest solar integrators on the East Coast. The company has installed more than 40 megawatts of ground and roof-mounted photovoltaic systems; the installations range from less than 10 kilowatts to more than 14 megawatts.

According to Rawlings, high-efficiency solar modules are up to around an 18- to 20-percent energy efficiency, while standard modules continue to improve and hover around a 16-percent efficiency. While solar panel efficiency improves, the cost of the technology has decreased, making this particular renewable energy even more attractive for residential customers and businesses alike. “There has been a dramatic improvement in the cost of solar panels; they’ve come down by more than two-thirds in the last five years, overall,” Rawlings notes. “It’s part of the reason why solar energy has grown by leaps and bounds in New Jersey.”

Still, it’s up to the state’s renewable energy companies to navigate the challenges that continue to plague the market; though initial costs for solar generation projects have dropped significantly over the past three years, one of the challenges of relying on solar power is that it only generates during daylight. However, according to Stephen Poniatowicz, senior vice president and chief operating officer of South Jersey Industries’ Marina Energy, LLC in Hammonton, recent advances in battery technology may ultimately lead to reservoirs of electrical energy storage that can be dispatched during times of high demand. Coupled with a solar field, the technology would mitigate the dispatch of fossil-fueled generators during evening hours or times of low solar radiation, he notes. Marina Energy focuses on the development and operation of efficient energy production systems such as CHP, thermal production, as well as solar generation.

According to Poniatowicz, other advances are also being made in various renewable technology sources. On the combined heat and power front, new configurations can add resiliency to the electric grid and provide a peaking resource during periods of high demand. For companies like IBEW Local 102 in Parsippany, green technologies such as LED retrofitting are also making great strides in reducing the state’s carbon footprint – and providing business owners with lucrative energy – and cost-saving benefits. The process allows residential and commercial customers to replace traditional sources of light, such as halogen or incandescent, with energy-efficient LED. “It hasn’t taken off as much as it should … when it comes to energy management, green technology and power savings, major corporations can get half the cost of a lighting retrofit or some form of energy management system as a credit on their utility bill,” explains Patrick Delle Cava, business manager for IBEW Local 102, the organization that provides a workforce of electricians throughout northern New Jersey and Pennsylvania. For companies that may not yet be taking advantage of solar panels, opting for retrofitting can also offer both financial and environmental incentives, and many companies recoup their entire investment in one to two years, he adds.

Of course, it isn’t just the lowered cost and cutting-edge technology that’s encouraging New Jersey businesses to install solar panels and consider utilizing other forms of renewable energy in the workplace. According to Rawlings, the increased awareness and concern associated with global warming, greenhouse gases and other negative environmental implications combined with fossil-fuel related accidents, is rendering energy sources like coal to be largely discouraged. “We really do find ourselves at a crossroads in energy … and solar seems to be winning more and more converts every day,” he asserts.

“Solar has clearly become more mainstream in both the residential and larger-scale markets. Combining incentives such as solar renewable energy certificates (SRECs) with the installation costs have resulted in great benefits to homeowners,” Poniatowicz agrees. Indeed, though experts say the SREC program isn’t without the need for some reform (“it’s a ‘boom and bust’ cycle,” Rawlings notes), the system has helped implement solar energy across the state to the point where New Jersey now ranks among the top in the nation. Meanwhile, the Office of Clean Energy has implemented programs such as direct install to combine financial incentives with the ability for customers to upgrade older equipment with newer, more efficient systems. “New Jersey really is supportive of green energy,” he adds.

Companies like PSE&G are also assisting New Jersey residents and business owners looking to reduce their carbon footprint and reap the myriad benefits of renewable energy; the utility’s Solar 4 All program was approved in July 2009 for 80 megawatts of solar-generated power to be equally divided between 40 megawatts installed on utility poles and the remainder to be incorporated as solar farms and rooftop and parking lot solar projects. “Our Solar Loan program allows any customer to buy and install solar energy for their home, but we wanted to come up with a way for all of our customers to enjoy the benefits of solar energy … and our grid-connected solar program ties directly into the distribution system, says Joe Forline, vice president of customer solutions for PSE&G.

Now the utility is turning its sights to expanding solar energy’s reach across the state. Last May, the New Jersey Board of Public Utilities (BPU) approved a 45-megawatt extension to the program; 42 megawatts will be exclusively installed on landfills and brownfields, one megawatt is earmarked for solar projects on governmental facilities, one megawatt will be for parking lot solar technology, and one megawatt will be dedicated to storm hardening and storage. The first of the company’s landfill and brownfield projects will be an 11-megawatt solar farm on the Kinsley Landfill in Deptford. “PSEG has come up with unique and innovative ways to better implement solar energy in New Jersey,” Forline says.

The pole-attached solar program is the first and largest attached program in the world, and is currently generating an amount of megawatts that would typically require 175 acres of land. Instead, the company attached some 160,000 units on poles throughout every municipality in New Jersey in its service territories. They collaborated with New Jersey-based companies like South Plainfield’s Petra Solar for the technology and the Cherry Hill-based Riggs Distler & Company for installation.

Companies like Trinity Solar in Wall are following suit and performing large-scale installations that will not only generate energy, but create jobs for local residents. The company recently completed a major residential solar installation at United Communities LLC, the private manager of the military community at Joint Base McGuire-Dix in Lakehurst, to support the families living on base. The 12.3-megawatt installation will generate 13.7 million kilowatt hours of electricity every year and account for nearly 40 percent of the community’s annual energy usage. The project itself employed some 120 New Jersey based engineers and electrical and maintenance workers. “New Jersey really does seem to be doing a great job with its policies regarding solar and other alternative energies,” adds Candice Adams, marketing manager for Trinity Solar, a designer and integrator of solar electric systems. “We’ve seen the solar market go through its growing pains and its evolution … and we’re seeing solar back on the climb and anticipate it continuing to grow quite a bit through 2016.”

That will likely be true due to the fact that the Garden State has proven to be a significant player in the renewable technology market. With one of the largest and fastest growing solar energy programs in the country, Rawlings notes that the state’s unique qualities are what make New Jersey an ideal place for green technology. “Aside from a fairly high cost of electricity that might make renewable energies more competitive, we are also an environmentally-conscious state,” he adds. “Then we’re hit with a storm like Sandy and find ourselves in desperate need of emergency power sources. Local residents and businesses realized that global warming and these other environmental issues aren’t just a problem we’ll have to face in the future … they are a problem now. … And green technology offers a solution.”