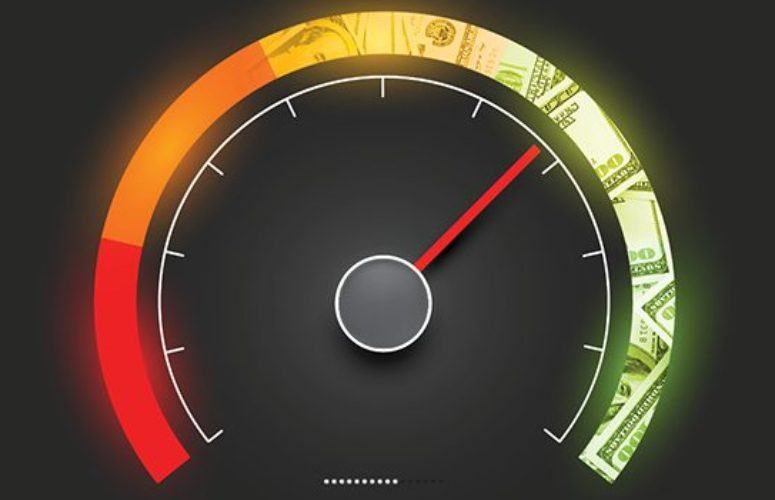 Overall, banks and their customers are bullish, but some industries and regions still see a sluggish environment.

By Sharon Sheridan, Contributing Writer On May 25, 2015

With the economy improving and interest rates still low, small businesses can take advantage of a competitive borrowing market as they invest in expanding, updating or catching up with deferred expenditures.

“The recovery’s been sluggish,” Gallagher says. While some parts of New Jersey are doing better than others, it’s been a “slow slog” for the Philadelphia metropolitan area and South Jersey, as well as nationally, he says. Consequently, the Federal Reserve Board has kept interest rates low.

“Generally speaking, companies have been taking advantage of that in a couple of ways. This is a very competitive marketplace for banks because, over the past couple of years and after experiencing the severe recession, credit quality has improved dramatically at banks,” he says. “Financial institutions have been encouraged or have taken the opportunity to work through their problem loans. They’ve got improved balance sheets and improved liquidity or money to lend. It’s a very competitive marketplace.”

As a commercial community bank, “we’ve got a full complement of products and services, both for individuals and for businesses,” Gallagher says. Top products for small businesses – which Beneficial defines as those with revenues up to $5 million – include commercial real estate, lines of credit and equipment financing, which includes equipment to expand business or to replace old machinery. Beneficial also offers Small Business Association (SBA) loans, backed by the US government, to help small businesses grow while providing the bank with the security of a guarantee for a percentage of the loan.

Ira Gottlieb of the SBA department of BCB Community Bank, notes, “The SBA 7(a) Program, the SBA Express Program and the SBA 504 program offer products that meet borrower’s needs, whether it is for purchases of owner-occupied buildings, refinancing debt, purchasing equipment, long-term working capital or lines of credit.

“[BCB] has embraced these programs as they best meet client needs, allowing down payments as low as 10 percent on real estate purchases, extended terms including 25 years for real estate and 10 years for equipment and long-term working capital, and providing the ability to sometimes finance closing costs.”

Launched in 2000, BCB is a $1.2-billion bank employing almost 400 people. It has a loan office in Manhattan, 14 New Jersey branches, a Staten Island branch and plans to open two or three more branches in 2015.

The bank is seeing increased demand, now that the economy is improving, Gottlieb says. “We have seen demand increasing across the board, whether the industries are manufacturing, franchising, retail or educational related. For example, a child-care facility is opening its third location and purchasing the location rather than leasing it. … Recently, we have seen funds for the expansion of existing business, the purchase of a retail business from a renting owner and the purchase of a commercial condo for a professional medical practice.”

Gallagher says, “We see a lot of real estate refinancing going on. That’s been a very busy thing for us and for the banking community in New Jersey.”

Bob Young, PNC Bank’s business market manager for Central New Jersey small-business banking, however, says he sees a slowdown in debt refinancing because rates have been so low for so long.

In their appetite for credit, “the business owners have gotten really, really smart,” he says. “They’ve gotten very efficient in analyzing their need in cash flow. They’re not going to arbitrarily borrow funds they don’t need.”

Rather, he says, they’ll borrow using lines of credit when they need extra working capital – for example, when they want to expand a facility, need to replace equipment, or perhaps have an option to buy equipment or a building they’ve been leasing.

“Manufacturing is still a key for us,” he says. “There’s always been a lot of effort to keep manufacturing in New Jersey and to help maintain jobs as well as to grow additional jobs. That continues to be a high focus for PNC.” Healthcare also is a focus for PNC and “probably for every bank that’s out there because it doesn’t have the cyclical up and down trends,” he says.

“The advantage of New Jersey is it’s a very diverse business economy. We’re not tied to any one industry, which I think – in itself – makes us healthy,” he says.

More than manufacturing, which “seems to have dwindled a decent amount in New Jersey,” William Clement of Fairfield-based Kearny Bank sees the service industry as the primary source of small-business customers. They run the gamut from financial planning and payroll services to heating and ventilation customers to furniture distributors: “It’s really across the board.”

“We provide the basic products that a small business would need and want,” he says. That includes lines of credit, term loans, checking and savings accounts and remote deposit capture, where it “puts the bank on your desk,” he says. “Customers can scan their deposits through this machine. It gives them availability of those funds typically the next day.”

In a competitive banking environment, customer service can be key.

During the economic downturn, PNC was “able to weather the storm a little bit differently,” Young says. “It’s really about being out in the field, being out in the workforce, talking to our clients, talking to the prospects that are out there and really understanding them. There really is no substitute for understanding clients and their needs and then being able to offer a viable solution.”

Clement agrees. “We strive to get what we call a relationship rather than just a transaction. When someone comes to bank with us … it’s typically a package in terms of what we provide,” he says. “Once we have that business relationship, then we also try and ask the owners of that business to bank with us personally. We try to provide retirement accounts for them and savings accounts for individuals.”

Lakeland Bank now offers a new wealth management program for small business owners, in which they can set up an IRA and receive a matching component of up to 3 percent. “Large companies’ employees invest in retirement 401ks. The small-business owner never had that ability before,” explains Bruce Bready, senior vice president of the bank’s small business lending division.

Founded in 1969, the Oak Ridge-based bank has $3.5 billion in assets, about 600 employees and 51 branches. It launched its small business lending group four years ago to streamline and increase efficiency, providing a faster response in lending up to $350,000 to small businesses.

“We’re there to support the branch, which is there to support the small-business customer,” Bready says. “The branch would also be working with them to service the loan. If they have questions or so forth, they don’t have to get bounced around through a phone tree. They go and deal with their branch.”

“Being a smaller community bank, a lot of people don’t know that we have the full gamut of services that we can provide,” Bready says. This includes business credit cards, credit-card processing, remote deposit capabilities, transfers, business checking, savings, money markets, CDs and commercial mortgages. With online banking, customers can transfer from a line of credit to and from a checking account. And a business mobile banking component is planned for later this year.

“Some customers will ask for our regular term loans,” he says. But, mostly, customers are looking for a small-business line of credit.

“It’s giving them the flexibility. It’s giving them the insurance. When they need the cash, it’s available,” he says. “A lot of times, we know people will come in and say, ‘I’m looking for this, but I don’t know when.’” The line of credit lets them negotiate and not have to risk losing a deal because they don’t have the financing in hand.

The bank has seen a 15 percent increase in applications since February 2014, and it anticipates a continued increase, Bready says.

Other bankers also express optimism. “In general, the environment is going in the right direction,” Young says.