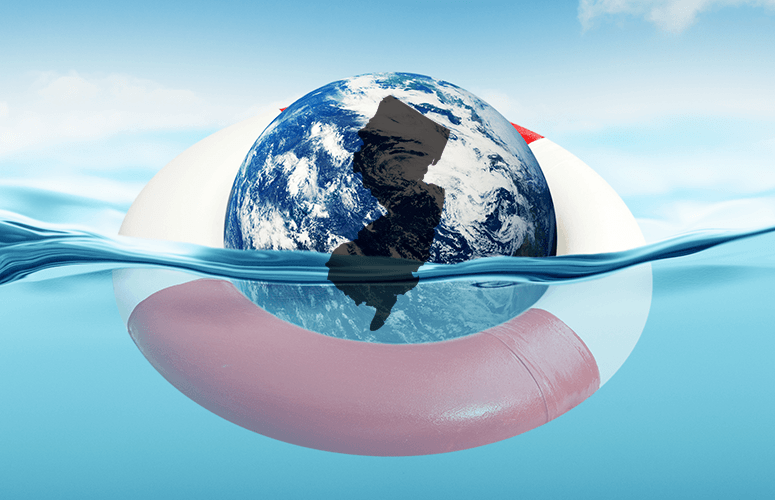 We all want public policies to “follow the science.” From COVID-19 restrictions and vaccination policies to climate change, we want our policymakers to use the best scientific knowledge available to inform legislative and regulatory decisions.

But what happens if the science is not there, or, perhaps worse, what if the science is weak, wrong or even ideologically driven? Should we base public policies that will have significant economic impacts on clearly flawed scientific studies? This is exactly the conundrum we find ourselves in as the state Department of Environmental Protection prepares to roll out its climate change proposals.

Climate change is real and sea level rise may be a future consequence of a warming planet. New Jersey is especially vulnerable to sea level rise as a coastal state, but also because our state has been “sinking” for hundreds of years for a variety of reasons. Land compaction, for example, will continue to cause sea level rise along the New Jersey coast, regardless of climate change.

However, legitimate concerns about climate change, sea level rise, and flooding are not a justification to overreact and harm our economy today with draconian policies unsupported by science. Let’s look at the data on which DEP is basing its Protecting Against Climate Threats (PACT) regulatory changes.

The PACT proposals are based on a flawed, non-peer-reviewed Rutgers report, “New Jersey’s Rising Seas and Changing Coastal Storms: Report of the 2019 Science and Technical Advisory Panel,” which contained a table of sea level rise scenarios in the state through the year 2150. The DEP selected the chart’s predictions for the year 2100 – 80 years from now – assuming a sea level rise of 5.1 feet, which the report itself says has only a 17% chance of occurring.

In other words, DEP wants homeowners and businesses to comply with flood hazard regulations that assume this sea level rise is here today, not potentially 80 years in the future. Together with a concurrent proposal to subject inland areas to 500-year flood levels, which is based on no science at all, these proposed regulations will turn nearly half the state into a regulatory flood zone.

There are real world impacts to these proposals. Buildings in affected areas will have to be elevated an additional five feet. Many areas of the state, including our barrier islands, bay communities, as well as urban areas such as Hoboken, Newark, Jersey City, and Atlantic City, may become undevelopable. Even redevelopment may be made more difficult if not impossible. Homeowners and businesses whose properties never flooded before, and likely may never flood in the future, will be regulated as if they are currently underwater. Infrastructure, such as roads and bridges, will be more expensive to build.

DEP is not following the science. Regulators are relying on a flawed report based on faulty assumptions of climate change and nearly impossible scenarios in order to exaggerate the risk, without considering mitigating factors. DEP has then compounded that error by selecting projections 80 years in the future, which the report admits have only a 17% probability. Even the near-term assumptions in the report, predicting sea level rise to the year 2030, are significantly overestimated.

A more sensible approach would be to subject the report to scholarly peer review. And we should limit regulatory predictions to 30 years into the future, a timescale that is generally accepted in infrastructure planning.

New Jersey must not rush to impose regulations based on a flawed report just so we can say we did something to address the threats of climate change. Yes, we should “follow the science,” but not when that science is fundamentally flawed. The stakes are too high.

Sorting Through the Details of Healthcare Reform