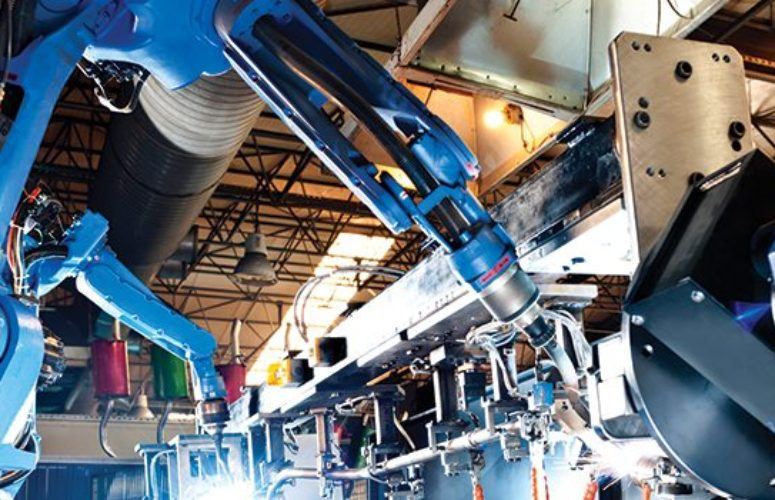 Energy and Manufacturing: The Challenges and Solutions

With manufacturing once again growing in New Jersey, a key focus is on the energy this sector uses. To say that manufacturing is energy-intensive is an understatement.

“Manufacturers need a lot of energy to make their processes work,” says Gary Marmo, director of sales for Union-based Elizabethtown Gas. “A typical office building will use 5,000, 10,000, 20,000 therms a year. A good-sized manufacturing plant will probably use that same amount in just a couple of days.”

One of the challenges, according to CJ Peterson, director of sales for Diversegy, LLC, is that while plant operators know their business very well, and “can actually tell you exactly what they’re using per month, they may not know what’s happening out there in the energy space, and all the product offerings and options available to them.”

Diversegy is part of Genie Retail Energy, which operates a number of energy supply-related businesses, including one of the largest independent suppliers, Newark-based IDT Energy, according to Michael Stein, CEO of Genie Retail Energy. In his words, “the energy procurement process is evolving and moving, especially for manufacturers.”

And while manufacturers’ load profiles “are generally very good – fairly stable compared to other businesses – they can be impacted when the market is in high volatility,” says Phil Cerria, account manager for South Jersey Energy, Folsom. Other challenges include infrastructure – note the pipeline proposals in South Jersey – as well as the extensive regulation, security and environmental issues, and the impact of the economy on manufacturing.

What’s available to New Jersey’s manufacturers in terms of cost-saving and efficiency programs, alternative energy and more? Guidance comes from the Board of Public Utilities (BPU). While the state’s utilities do have their own programs, they tend to be offshoots of those created by the BPU. “While we work with our larger customers to make sure they have reliable power and are on the right rate plans, we would refer them to specific programs that the BPU offers,” notes Fran Sullivan, a consultant with Newark-based Public Service Electric & Gas (PSE&G).

Among those BPU programs, according to Gary Finger, director of economic development and energy policy with the board’s Clean Energy Program, is the Smart Start program for “anything that uses gas or electric, specifically, motors, lighting, occupancy sensors, and so forth. It becomes more of a menu item that they can pick and choose from.”

Then there’s the pre-packaged Direct Install program, a retrofit one-for-one replacement program based on demand load of up to 200 KW per month. It covers packaged air conditioning units, lighting, occupancy sensors, motor drives and refrigeration, capping out at $125,000. The program recently topped the $100-million mark, covering a total of about 7,000 projects in the state, according to Finger.

Then there’s the Pay for Performance program, which takes the whole building approach. “We’re looking for a reduction of energy costs of at least 15 percent, and that is not difficult to achieve,” Finger says. The program covers up to $2 million of the costs involved to achieve that savings.

In conjunction with those programs, Elizabethtown Gas “will provide an additional incentive of up to 25 percent of what the Clean Energy program will provide,” Marmo says. The company’s Energy Smart Program offers rebates for the installation of such high-efficiency natural gas equipment as hot water heaters, gas-fired boilers, booster water heaters, cooling equipment and desiccant systems for manufacturers that need to control humidity.

Solar continues to grow as an alternative. Wall-based New Jersey Resources, for example, has built a portfolio of more than 130 megawatts of installed capacity since 2010. PSE&G has a solar loan program for its electric customers. Separately, the company has a direct install energy equipment program for small companies located in one of the 25 urban enterprise zones it serves.

South Jersey Energy affiliate Marina Energy and subsidiary Energenic have about 150 MW of solar up and running, according to Cerria, and is “very active in co-generation. It’s a great opportunity for large manufacturers because of their load profiles. You need a flat thermal load 24/7, and most manufacturing has that.”

Combined heat and power (CHP) is a major trend. According to Finger, it’s “taking a fuel source, such as natural gas, driving a turbine to produce some of your electrical needs. As an off-shoot, the heat that is produced runs back into the facility for hot water or heating.”

“CHP is the best application for an industry that needs either building heat, or a hot water source,” says Tucker Perkins, business development officer of the Washington, DC-based Propane Education and Research Council, noting that key users include food processing operations. “For companies that fit the model, we see them saving 20 percent to 30 percent of their power consumption by producing their own energy.”

“CHP makes the most sense in operations that have either a high process load or a high call for heat volume,” Marmo says. “For an account buying electricity from the grid, they’re only getting about a 35 percent efficiency rating. By using a CHP plant, you can generally convert 75 percent to 80 percent of the fuel source into useful energy. Modern CHP plants can reach an overall efficiency rating of up to 90 percent on the site.”

Finger cites the example of Viking Yacht Co. in New Gretna as a “classic success story.” The boat builder “produces 80 percent of its own heating and cooling and more than 50 percent of its electrical needs. It does it with six 65 KW micro-turbines and it has three 30-ton chillers. It all adds up to annual savings of about $650,000, which it puts back into the company. Viking Yacht has improved its marketing and sales and has hired back more than 300 people.”

Among energy alternatives, propane is a growing factor. On a very basic level, the manufacturing industry has an estimated 480,000 propane forklifts nationally, Perkins says. “For multi-shift operations, propane is pretty clearly the low-cost alternative fuel of choice. Propane forklifts have been a backbone of manufacturing, and we’ve spent the last year-and-a-half trying to understand how manufacturing – and forklifts – are changing.” He estimates that for manufacturers that also distribute through a centralized fleet, “the savings can be 35 percent to 50 percent of your current fuel bill.”

Another use for propane, according to Perkins: Back-up or even primary power for a plant. “Most manufacturers, if they have back-up power, generally use diesel. But propane doesn’t degrade over time and doesn’t contaminate the soil or water.”

In general, what can and should manufacturers do to optimize their energy usage? In terms of energy costs for a typical manufacturer, “about 70 percent of their all-in fuel cost, whether it’s gas or electric, is from the supply side of the bill,” Cerria says. “So it becomes critical to be with the right supplier, and it’s critical to have a budget. You need to have a target of where you want your costs to be in order to remain competitive and achieve your own budget successes.”

“So much is based on current usage patterns,” Peterson says. “A larger manufacturer may use 25 million KW a year – that’s the equivalent of about 4,000 residential accounts. Management should ask the questions: ‘What’s the best use? What’s the most strategic direction and the best product offering that we can take advantage of?’ They should also know where the market’s trading, to both minimize the risk and provide savings, and to create ultimate flexibility for both the present and future, knowing that their energy usage may fluctuate day-to-day.

“We worked with one manufacturing facility recently, with a very sharp individual who was so busy managing his business that he had no idea there was a $50,000 per month savings available for him,” Peterson continues. “Ultimately, we were able to secure that for him.”

And the energy landscape is ever-changing. According to Finger, “one thing we’re constantly doing at the BPU through the Clean Energy program is being aware of emerging technology and how that technology can work in various business sectors in ways that can be more resilient or certainly reduce costs.”

One example: CHP, which tends to be utilized by larger manufacturers, is now available in smaller units for smaller companies. “They can now run a small, 20 KW micro-turbine,” Finger says.

And for larger manufacturers, “the real key is ultimately working with them to be able to optimize how they buy,” Martin says. “That doesn’t mean locking in a rate, but rather changing how they buy their power. The whole paradigm begins to shift for these types of customers in terms of how they can begin to take advantage of real-time shifts in the marketplace.

“As their consumption patterns change, or what their production runs or manufacturing schedules might look like, there may be certain times of the day that present a better opportunity to consume electricity,” he concludes. “They can now begin to leverage a team of experts guiding them to take advantage of these real-time shifts in the marketplace.”

In other words, any and all alternatives are “on the table.” And with a range of cost- and energy-saving programs and energy alternatives available to New Jersey manufacturers, the key becomes a matter of finding the right experts, creating an energy team, and taking advantage of what the industry has to offer.