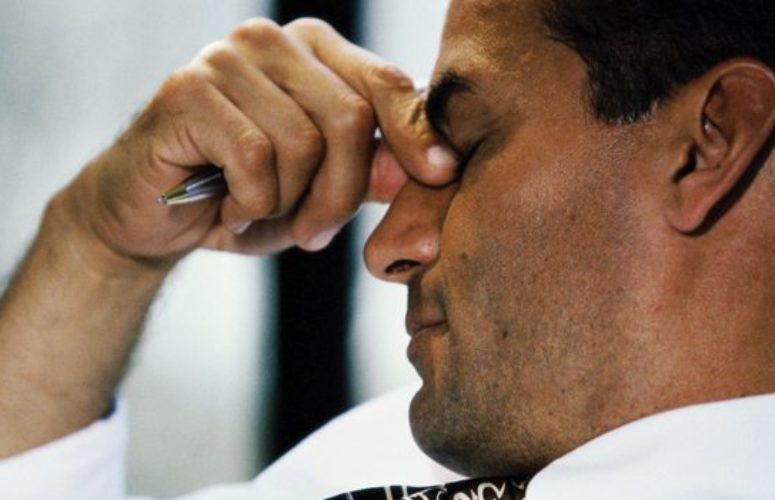 Are Employee Benefits Making a Comeback?

New Jersey’s economy may be improving, but that has not prompted most employers to restore benefits cut during the recession.

Businesses continue to move away from costly and unpredictable defined benefit retirement plans and shift more costs for health insurance coverage onto employees. Employers have added little under the benefits umbrella – most often wellness programs and flexible schedules – in part because they still can’t afford to, but also because most have not needed to do so.

“While some are bolstering benefits to maintain competitiveness, most don’t need to,” says Ben Widener, chairman of the employment group at Stark and Stark in Princeton. “How selective can people be when the bottom line is that people just need to get paid?”

Several experts say that five years after the official end of the recession, employers have not needed to boost benefits to attract workers because there are still so many unemployed who are just happy to be getting a salary and can’t afford to turn down a job because the benefits are not generous enough.

Workers have lost benefits since the start of the economic downturn in 2007, says David E. Morse, a partner with K&L Gates who specializes in employee benefits.

“Benefits were cut back,” he says. “Employers did anything they could to save a little money, in part so they didn’t have to fire people.”

“It’s going to be the unusual employer doing extremely well who’s going to restore things,” says Pat McGovern, a partner in the Newark office of Genova Burns Giantomasi Webster and a member of its Employee Benefits and Labor Law Practice Groups. “Most of the cuts are going to be permanent cuts.”

With the current economic recovery still somewhat fragile and the cost of benefits such as health insurance rising, many companies continue to be cautious with spending.

“Everywhere, employers are looking to pare back costs,” says Jim Karas, a partner in Riker Danzig Scherer Hyland Perretti LLP who specializes in employee benefits and executive compensation. “They are eliminating benefits, freezing retirement plans and not adding additional benefits.”

Still, depending on the job and the industry, the full package of benefits today has pretty much the same components as in the past. Some level of health and retirement plans and vacation and sick days are nearly universal. Also often in the mix are some combination of stock options, life and disability insurance, flex time, tuition and day care subsidies, severance packages and wellness plans.

“The whole world has shifted to defined contribution plans,” says Gerry Leonard, division vice president of ADP Benefits Services. “With people getting two-thirds of salary in a defined benefit plan and people living longer, it’s harder for me to provide those benefits in perpetuity.”

Karas says larger employers are embracing KSOP plans because the companies do not have to put up cash to match an employee’s contributions and the stock it uses as a match instead gives an employee a stake in the company.

A similar cost shift is occurring with health plans. The trend over the last several years has been toward requiring employees to make greater contributions toward insurance or meet higher copays, or a combination. But it’s still unclear how the federal Affordable Care Act is going to affect employee health insurance.

“Companies are finding a way to affordably offer insurance and not go over the maximum 9.5 percent of income charge allowed to employees,” Genova Burns’ McGovern says. “They have to be creative.”

Along with changes in health insurance comes an interest in wellness-related benefits, such as fitness center memberships or help with smoking cessation or weight loss, McGovern says. ADP’s Leonard says some companies are embracing telemedicine – in which a worker can call a nurse to discuss health concerns – or putting wellness centers in their headquarters to make it easier for workers to get and stay healthy. And Stark and Stark’s Widener says there is a growing trend toward providing flexible accounts like HRAs and HSAs for health expenses that have favorable tax implications for employers or employees.

The few benefits that are being expanded are those that are least costly for employers, typically involving flex time.

“Employers are getting more and more flexible about letting people set their own hours – part time, work from home, leave early and check e-mail at night,” Morse says.

Other benefits some companies are adding include help with financial planning and legal assistance, Leonard says. Some companies are making arrangements with local day care providers to give their employees discounted care for children.

While sick and vacation time have generally been untouched, companies are struggling with how much time off they will let workers accrue and carry over from year-to-year, and they are also watching discussions in Trenton about mandated sick time, which was recently enacted in Newark and Jersey City.

Regardless of whether individual businesses have cut benefits for the workforce as a whole, Karas says companies continue to offer competitive packages with tax-favored compensation and perks to executives to be able to recruit and retain top talent.

Almost universally, another major change has been to provide benefit information and complete signups online. Companies have embraced computer technology as a way to get rid of paperwork and streamline enrollment processes.

This makes it important for companies to do a good job ensuring that all their information about benefits is easily accessible to workers and prospective employees, both on desktops and on mobile devices. If job seekers can’t easily figure out a company’s full array of benefits, they may not apply with that employer.

“Benefits are becoming a much more important part of the recruiting mix,” says Tony Marzulli, vice president for product marketing for ADP – Global HCM Solutions. “Just reading on a website that an employer offers comprehensive benefits that are competitive in the marketplace is not good enough.”

Technology has also been something of a benefit itself. Workers whose duties rise to a certain level of importance more than likely have a smart phone or tablet provided by an employer, or at least partly subsidized. But there can be restrictions on the personal use of these. And they can prove less a benefit and more a burden if an employee receives work-related inquiries 24-7.

Widener concludes, “There’s a delicate balance between flexible schedules and working remotely or telecommuting, and the expectation in this day and age for instant access.”