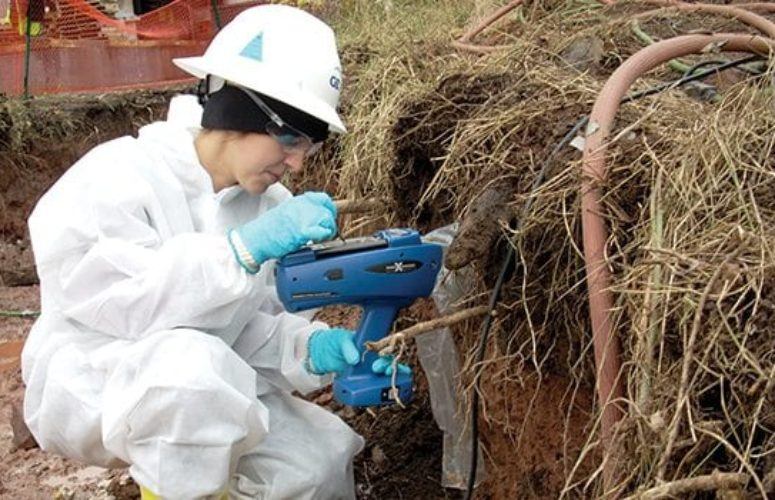 Efficiency is at the Forefront of Environmental Remediation

LSRPs continue to get contaminated sites cleaned up more quickly.

The Site Remediation Reform Act (SRRA) was signed in 2009 by Gov. Jon Corzine, and was followed by a three-year phase-in period until May 2012, when the act was fully implemented. Its goal is to increase the pace of environmental remediation work, thus helping to decrease the threat of contamination to public health and to the environment, and to quickly return underutilized properties to productive use.

To achieve this, the SRRA created a category of remediation professionals known as Licensed Site Remediation Professionals (LSRPs). LSRPs oversee the remediation of contaminated sites, while complying with all remediation statutes and rules in accordance with, and under the monitoring of, the New Jersey Department of Environmental Protection (DEP). Simply put, remediation in the state (with very limited exceptions) no longer has to wait for direction and approval from the DEP, but can instead proceed under the supervision of an LSRP.

“What you are seeing is that things are working quicker,” says Sue Boyle, senior consultant at GEI Consultants. “Some 10,000 remedial action outcomes (RAO) have been issued in the state since the LSRP program started – that’s a pretty dramatic number. … Sites are being remediated faster than they are coming into the department, and that is a turnaround from the way things were pre-LSRP.”

Boyle also points out that while the processes are moving along more quickly, the environment and public health are not being shortchanged.

“The timeframes to complete the remedial process, and the threat of direct oversight by the DEP, have been instrumental in encouraging the regulated community to remain in compliance,” Rodger Ferguson, president of Milford-based PennJersey Environmental Consulting, and vice president of the NJ Licensed Site Remediation Professional Association (LSRPA), says. “We now have four full-time LSRPs on our staff of 13, with plans to hire additional staff. Each of our LSRPs is very hands on, as was the original legislative intent of the program.”

Environmental consulting companies such as PennJersey Environmental guide their clients through the maze of investigation and remediation, and work to keep the process as efficient and cost effective as possible.

“[For example,] we are [currently] leading the investigation and remediation of a redevelopment site for a new high school in Perth Amboy on behalf of the board of education,” Ferguson says. “The new school will be a $225-million facility when completed. We have been involved since the site selection and are now overseeing the remediation and site preparation so that the state can construct the school.”

According to David Winslow, Ph.D., PG, district office manager for GZA GeoEnvironmental’s northern New Jersey office in Fairfield, most of his company’s remediation work is with industrial companies that are required to remediate their sites under New Jersey’s Industrial Site Recovery Act (ISRA) or for commercial or residential land developers that are recycling former industrial properties (Brownfields).

“Over the past several years, we have been involved with the closure of a portion of a specialty chemical company plant within the I-287 corridor. The cessation of operations triggered environmental investigation and remediation,” Winslow says. “This project is typical of what I call the deindustrialization of New Jersey. The site was transitioned into the LSRP program and GZA completed the investigation and remediation, and issued an RAO for soil. Prior to issuance of the RAO for soil, we managed the abatement and demolition of the old plant to allow for repositioning of the property. The site is now under contract to be developed with a 120,000-square-foot warehouse.”

Winslow says that this result is typical of what he is seeing throughout the state, as older industrial sites are being redeveloped for warehouse distribution or residential purposes. He adds that more development and remediation work associated with e-commerce is being spurred by the need to have warehouse facilities that can service the New York City market, with most of this work being east of I-287.

In addition to the programs that encourage and enable efficiency within the industry, technological advancements have played a key role in this regard as well.

Kassidy Klink, PG, LSRP, senior project manager at East Brunswick-based Peak Environmental, says that in the site and remedial investigation phase, there are a lot of new real-time technologies that can be used in conjunction with traditional sampling. There has been a focus on this type of innovation within the industry in order to more effectively identify contaminated areas and target treatment to those zones.

“Rather than implement a sampling program of hundreds of samples that would take weeks to get analysis back, we can use these real-time technologies and get results on the spot, telling us what types of contaminations there are and what their approximate concentrations are like,” he says.

“We now have many more tools in the tool box, so to speak, than we had 20 years ago,” Ferguson says. “We utilize the latest in 3D sensing technology to evaluate contaminants on our sites, and to visualize the contaminant mass in the subsurface. This greatly reduces the investigation cost, sometimes as much as 50 percent, with increased data certainty.”

Going forward, Klink points out that it is important to continue to educate people on the different entities and processes involved in the remediation of contaminated sites. The LSRPA is a nonprofit entity that was created to gather LSRPs and other environmental professionals in the state, and was paramount in the early efforts to get the LSRP program implemented.

“We understand that development has to happen and that human health has to be protected,” he says. “The LSRPA has, and will continue to work with, the DEP, local governments and action groups to discuss the best ways to clean up sites in a responsible way.”

In fact, Ferguson points out that, “the LSRPA is working on what has become called SRRA 2.0, to make some adjustments to SRRA now that we have almost eight years under our belts.”

While change continues to happen at the federal level and is looming at the state level, regarding potential effects on New Jersey’s environmental regulations, drastic changes don’t seem imminent.

“Under the Trump Administration, we have seen a trend in policy to decrease the role of the federal government in regulating environmental issues. Under this scenario, states are to take a more active role in regulating local issues,” Winslow says. “In New Jersey, we have very strong environmental regulations and we don’t expect to see a roll-back in these regulations. In fact, I would expect to see more environmental oversight at the state level as the federal government decreases its role.”

Boyle echoes this feeling, saying that New Jersey has always been more stringent than the federal government when it comes to environmental regulations.

“We are not going to go back. If anything, the regulations will get stronger and protect the people,” Klink says.

Over the past eight years, there has been a concerted effort from within the DEP to transform the agency’s culture to one that embraces customer service and strives to be more business friendly. This was a major goal from the beginning of DEP Commissioner Bob Martin’s tenure, as he recalls his first command from the governor when he began as commissioner was to ‘fix the agency’.

“We changed the image of the DEP and the reaction that the public has to us,” Martin says. “[People] can see that we are getting things done. You can see the feedback from the business community, mayors and individuals saying, ‘Wow, people are being responsive.’ They don’t expect you to say ‘yes’ all the time, but they expect a timely answer, and that’s what we decided we had to do. If the answer is ‘no’ then let them know early on, but have them come in and talk about their problem.”

Specific business-friendly efforts from the department have included the new Office of Permit Coordination, which became one of the cornerstones to how large projects were dealt with in New Jersey, streamlining the confusing and drawn out process of acquiring proper permits; and the DEP’s Office of Alternative Dispute Resolution, which helped to save the state and regulatory community millions of dollars by providing a forum other than administrative and trial courts to resolve disputes.

Martin is proud that the regulatory changes that came during his tenure did not come at the cost of reduced environmental protection.

“When we set out on regulatory reform, we said we were not going to change the standards,” he says. “We also said we are going to make decisions based on science, data and facts. We were not going to make decisions on ideologies or politics. I didn’t run for office for this job. My job was to implement rules based on science. Looking at data and facts made my job easier.”

The Case for Client Advocacy