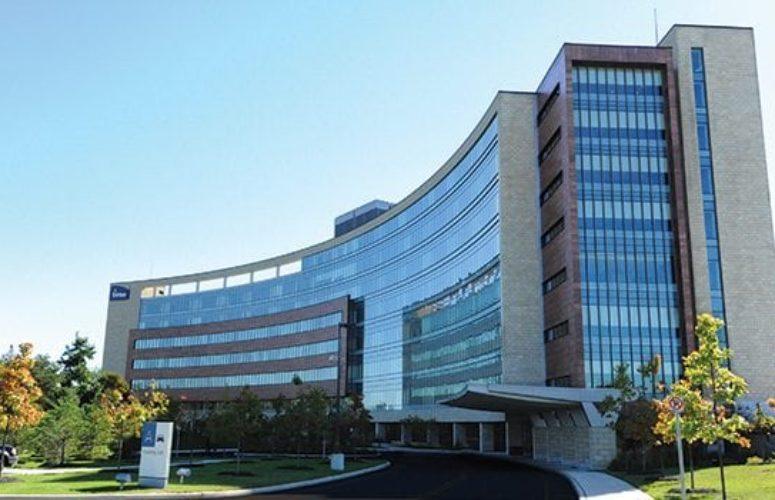 A $1.3-billion health system and the largest in South Jersey, the Virtua health system has built an array of outpatient facilities and fitness and wellness centers throughout the region, and it is currently building a cancer center in Moorestown to open in 2018 as well as a new $22-million primary care center in Camden. Pictured above is Virtua Voorhees Hospital.

Despite myriad challenges facing the state’s healthcare industry, New Jersey hospitals are continuing to hire, invest in new facilities, and make philanthropic contributions to their communities.

The Garden State’s healthcare industry has seen its fair share of challenges, particularly in recent years, from legal battles over paying property taxes to uncertainty regarding how federal healthcare reform will impact healthcare coverage for residents. But that hasn’t stopped the state’s hospitals from contributing some $22.7 billion to the state’s economy. Regardless of what the economic or political environment looks like at any given time, New Jersey’s healthcare systems have continued to build new facilities, create jobs, and provide charitable funding and programming to their local communities.

“I truly believe our hospital and healthcare systems are the economic engine of the state of New Jersey,” asserts Betsy Ryan, president and CEO of the New Jersey Hospital Association (NJHA). Statistics seem to support that claim. According to the 2016 New Jersey Hospitals Economic Impact Report released by the NJHA, the state’s hospitals and larger systems employed nearly 142,000 jobs – including more than 119,000 full-time jobs in 2015 – resulting in $8.7 billion in employee payroll spending and $483 million in estimated state income tax paid by employees. Those numbers are an increase from $8.4 billion and $466 million, respectively, in 2014. “When you look at all of our hospitals and healthcare systems, we’re also providing $2.75 billion in community benefits alone, from educational programming to health fairs to free medical care,” Ryan adds.

However, the decisions being made in Washington, DC regarding healthcare coverage are creating a cloud of uncertainty over the local healthcare industry, with reports indicating that President Donald Trump is planning $800 billion in cuts to Medicaid. “The No. 1 challenge to those who are providing healthcare right now is all of the uncertainty emanating from Washington, DC,” Ryan says. “Our No. 1 concern is whether healthcare reform is going to happen or not … and how we should plan for the future.”

However, despite all of the economic benefits the state’s hospitals continue to provide their local communities, Ryan confirms that there are more than a few healthcare systems that are either dealing with very thin profit margins or operating in the red. Though CentraState Healthcare System has some 2,700 employees throughout its healthcare system – along with revenues of approximately $320 million and payroll taxes of $10 million last year – it’s currently operating with a profit margin of about 2.5 percent. “Needless to say, that’s a challenge, with costs the way they are … and when you consider the rapid advancement of technology and growing patient expectations combined with what’s been going on at the state and federal levels,” says John T. Gribbin, CEO of CentraState Healthcare System. “It’s been difficult to make ends meet, and it’s getting more difficult as the years go by.”

Robert C. Garrett, co-CEO of Hackensack Meridian Health, adds that changes to the Affordable Care Act could ultimately lead to a dramatic increase in charity care services if healthcare coverage is threatened or taken away. “That will put a significant strain on hospitals, which are required by state law to care for all patients, regardless of their financial situation,” he explains.

After a merger with JFK Health in May of this year, Hackensack Meridian Health is now one of New Jersey’s largest employers, with more than 28,000 employees and 6,000 physicians treating patients from Bergen to Ocean counties. The 13-hospital network reports revenues of $4.2 billion, and is the largest employer in Bergen and Monmouth counties. Its latest expansion includes HOPE Tower – a $265-million, state-of-the-art outpatient cancer care center at Jersey Shore University Medical Center, which is slated to open next year.

New cancer centers have opened and more are in the works at hospitals in Monmouth and Ocean counties, and last year, Pascack Valley Medical Center underwent a $14-million emergency department project that added 26 private rooms and state-of-the art technology. “New facilities are a boon to the state economy,” asserts John K. Lloyd, co-CEO of Hackensack Meridian Health. “Healthcare networks, ours included, are challenged with soaring costs, which require more innovation and coordination than ever.” The Valley Hospital also recently announced a major expansion project: a state-of-the-art hospital in Paramus to break ground in 2019. The 372-bed, 910,000 square-foot facility is part of the plan to move inpatient and emergency services to Paramus and allow Valley to repurpose its current campus in Ridgewood for a broader range of healthcare services, including an urgent care center and laboratory as well as radiology and endoscopy services. Valley also plans to consolidate existing ambulatory and outpatient services and health system business functions back to the Ridgewood campus.

“The new Valley Hospital will combine Valley’s exceptional level of care and dedicated staff with the latest innovations and advancements in healthcare,” says Audrey Meyers, president and CEO of The Valley Hospital and Valley Health System. “This new state-of-the-art facility will allow us to raise the bar in all that we do; providing world class healthcare, strengthening our communities, and helping people and families live healthier lives.”

For other healthcare systems, expansions are just one piece of the puzzle when it comes to how they’re going to continue being financially stable enough to contribute to the local economy. Today, one of the biggest challenges that hospitals are up against is the reduction in inpatient care. As patients turn more and more towards outpatient facilities like ambulatory care centers, there are fewer patients coming into the hospital setting.

“The inpatient business is shrinking. That’s the whole thrust of what’s bending the cost curve,” Gribbin confirms. “What that boils down to is having to reduce the expenditure on acute care services.” To that end, the hospital has been making greater investments in program development and information technology, and has had to be more strategic when it comes to its expansion and renovation projects; the recently-opened CentraState Health Pavilion at East Windsor is a combination of an urgent care center, primary care practice, laboratory and physical therapy unit. “We certainly do our share of renovations, and we always have to refresh and upgrade our facilities … but when it comes to major new inpatient projects, we’re trying to stay away,” he adds. “We know we need to put more money into programming and less into traditional brick-and-mortar expansions, and focus on developing partnerships that make our services more accessible to patients off-site.”

According to Richard P. Miller, president and CEO of Virtua, the lack of emphasis on inpatient care means less reimbursement and revenues coming into the hospital setting and a new pressure for the state’s healthcare systems to refocus their business when many hospitals were built on the traditional model of filling hospital beds. “All organizations that provide healthcare to their communities are going to see struggles on the financial side over time, but today’s institutions really have to think about the future. We’re always going to need hospitals, but now there’s a new demand to get involved in all of these other business models,” Miller says, noting that the hospital was one of the first to begin opening joint venture surgical centers across the state. “We all know that we have to diversify our delivery portfolio. As a healthcare organization, if you’re not thinking about that, you’re going to struggle.”

A $1.3-billion health system and the largest in South Jersey, Virtua employs some 9,000 people. Within the last few years, the hospital system has built an array of outpatient facilities and fitness and wellness centers throughout the region, and it is currently building a cancer center in Moorestown to open in 2018 as well as a new $22-million primary care center in Camden. “We’ll always have to overcome payment challenges. What we really have to focus on is building a quality transition to the outpatient setting so patients have access to care in multiple settings, like urgent care and primary care centers,” Miller adds.

After filing for bankruptcy, Saint Michael’s was held in a state of limbo for nearly three years while the state reviewed an application by Prime Healthcare to purchase the facility – and it was being recommended that the organization should cease operations as an acute care hospital. “Realizing the significant impact this would have had on Newark’s economy, the community rallied around the hospital and advocated for the approval of the sale,” Iannaccone says. “Prime Healthcare’s purchase of the hospital helped save more than 1,400 jobs, many of which are filled by residents of Newark and Essex counties.”

The hospital currently has a payroll of more than $72 million annually, and pays the city of Newark $720,000 in payroll taxes. Additionally, since the hospital was converted from non-profit to for-profit, it’s required to pay property tax payments to the city. “Since the hospital was purchased by Prime, the nature of the hospital’s operations has not changed in terms of addressing all the healthcare needs of the community, regardless of its ability to pay,” he says. “We’ve also since invested more than $21 million in upgrades to systems and medical equipment that will make the hospital one of the most technologically advanced in the region.”

Regardless of whether a hospital is making a profit, all of the state’s healthcare organizations are doing their part to make philanthropic contributions to the communities in which they operate. “In our non-profit status, charitable contributions are certainly an obligation we all have,” Gribbin explains, noting that the hospital ends up contributing some $41 million to the community just in treating uninsured and underinsured patients alone, while its foundation contributes $130,000 to more than 200 local charities each year.

Along with how new healthcare legislation might impact the state’s hospitals, perhaps the biggest news in New Jersey’s healthcare industry is how local hospitals are dealing with an onslaught of lawsuits regarding the demand to pay property taxes. Ryan notes that there are 71 hospitals in the state of New Jersey, including 59 non-profit organizations … 41 of which are currently being sued. “I would argue that 41 hospitals spending time in court with their own townships isn’t the best use of anyone’s resources,” she adds. “Taxpayers are footing the bill for these municipalities while hospitals are dealing with mounting legal costs … and it’s all taking time and emphasis away from patient care.”

The good news is that a state senator recently proposed a solution that would impose a bed tax and put a stop to future lawsuits. “After dozens of municipalities filed suits against hospitals over property taxes, the issue is likely to be resolved in Trenton where legislation is pending to resolve the debate,” Garrett explains.

When considering the future of how the state’s hospitals will continue to impact the economy, it seems the trend of merging and forging partnerships will continue. And according to Lloyd, as reimbursements have changed dramatically to reward providers for delivering quality treatment at the lowest cost, there will continue to be innovations to achieve this goal, including bundled payments, better communication through electronic medical records, and a greater emphasis on the continuum of care.

Not only will the healthcare industry continue to be responsible for billions of dollars of both economic activity and community benefits each year, but healthcare systems are embracing their ever-important role in educating the public. “We’ve all had to learn how to emphasize prevention and wellness and understand consumer behavior … which comes at the expense of the traditional fee-for-service model. And in our industry, the stakes are always high because if we fail, somebody gets hurt,” Gribbin concludes. “It requires a change in the way healthcare does business … but, equally important, that we change the behavior of our citizens. We all recognize that we must emphasize the importance of leading healthy lifestyles, because there’s no healthcare system in the world that can take care of a population that wont take care of itself.”