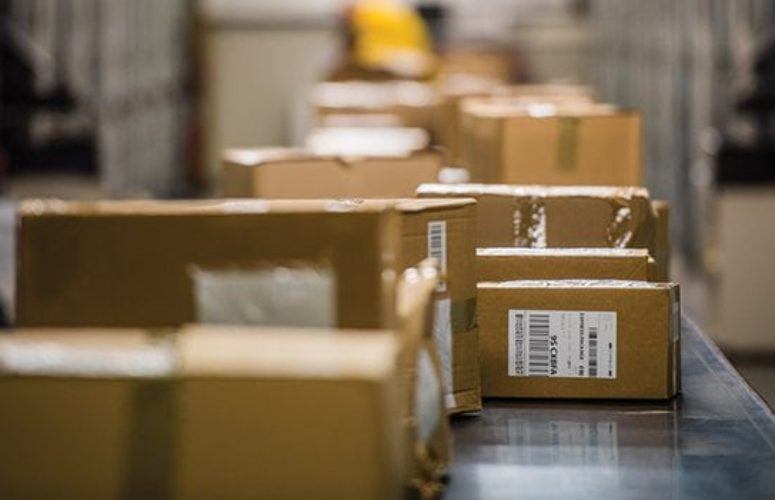 Online retail dominance continues to be seen as a ‘virtual’ reality.

As 100-plus Sears and K-Mart stores begin to close nationwide; and with Toys “R” Us planning to close all of its 800 US stores amid the growth of online retailers such as Amazon and Best Buy, projections for brick-and-mortar stores continue to look grim. Here in New Jersey, it is a direct correlation regarding why the commercial industrial real estate market has and continues to thrive.

New Jersey’s industrial market finished strong in 2017; more products are being purchased directly through internet sites and delivered directly to consumer’s doors, easing “foot traffic” in the stores – and “shifting” it to “trucks” traveling from warehouses lining our busy highway corridors and ports.

Players in the industrial, warehouse and distribution market have even gone so far as to engage in the modern trend of leasing facilities prior to their groundbreakings, a trend setting new “rules of engagement.” For example, Best Buy pre-leased Rockefeller Group’s 725,400-square-foot project at 171 River Road in Piscataway, Home Depot pre-leased 504,428 square feet at 58 Station Road in Cranbury, and Breakthru Beverage took 481,908 square feet at 700 Kapkowski Road in Elizabeth prior to its completion.

It is no surprise that Amazon signed the largest lease of the year, also a pre-lease, taking the entire 652,411-square-foot building under construction at 240 Mantua Grove Road in West Deptford in Gloucester County.

“Although the construction pipeline is at historic highs, many projects already have lease commitments in place prior to completion,” says Mike Markey, executive managing director, Colliers International, Woodbridge. “This dynamic increased industrial occupancy in New Jersey has kept net absorption positive for the 20th consecutive quarter.”

The average asking rent for industrial space in the Garden State continues to rise, up 12.4 percent year-over-year to $7.23 per square foot. The e-commerce-laden upsurge in the development of warehouses and distribution centers has generated double-digit, year-over-year percentage increases in prices for industrial land in major markets.

According to industry experts, the average price for large industrial parcels ranging from 50 to 100 acres, usually slated for construction of large, regional warehouses, doubled to more than $100,000 per acre from roughly $50,000 a year ago. Along those lines, industrial plots of 5 to 10 acres in size, often considered ideal for construction of smaller, infill distribution centers in urban or suburban settings, saw a significant increase to more than $250,000 per acre this year from roughly $200,000 just a year ago.

“As a result of the shift in consumer purchasing, there’s been a change in the tenant requirements of industrial occupiers who service those consumers,” says Thomas Monahan, executive vice president, CBRE, Saddle Brook.

“Demand for buildings greater than 600,000 square feet on the New Jersey Turnpike (NJTP) corridor remains frothy. Scarcity of both existing inventory and larger sites to accommodate these buildings has placed upward pressure on pricing, pushing land prices and rents to unprecedented levels,” Monahan points out.

“Demand for Class A warehouse space along the NJTP 7A, 8 and 10 corridors, and on parts of Interstate 78, has grown so much and so fast that choices are limited, and prices are relatively high,” says Chuck Fern, executive managing director, Cushman & Wakefield (C&W) of New Jersey. “As a result, we’re seeing new construction migrating as far south as Exit 2 on the NJTP, near the Port of Philadelphia; and west on I-78 out to Phillipsburg, at the border of Pennsylvania.

“The key is access to the New York-metro area and the population that encompasses New York, New Jersey, Philadelphia and north as far as Connecticut and Boston,” Fern says. “Central New Jersey is ideally situated for that kind of access, but developers and tenants alike are willing to put up with a slightly longer freight haul in exchange for lower pricing.”

“As was the case all year, the activity in the state was focused in Central New Jersey, driven by the large number of users seeking new Class A facilities, which are typically found along the NJTP,” says Colliers’ Markey. “Additionally, with a dearth of available space along the northern portion of the NJTP, users are expanding their search further south.”

Exits 7A & 8A Submarkets

Tenants such as Amazon and LG Electronics have committed to space in the Exit 7A and southern Exit 8A submarkets, respectively. All commercial real estate experts queried agree that continued strong demand boosted the average asking rental rates in CNJ, reaching an “all-time high” of $6.71 per square foot, up 15.3 percent from last year. An ongoing limited supply coupled with demand for modern, Class A facilities will continue to be a driving force behind increasing rental rates in CNJ.

“In large part, the widening of the NJTP between Exits 6 and 8A has been the reason behind much of the recent growth within the Southern New Jersey industrial market,” says John Gartland, managing director of C&W’s Industrial Brokerage Group. “Prior to that infrastructure improvement, tenants struggled to consider options south of Exit 8A because of the inherent traffic congestion and bottlenecking,” Gartland says.

Burlington County, which is situated between NJTP Exits 5 to 7, has become one of the most-desired submarkets in the region. “It is quickly evolving as a natural extension of the robust Exit 8A submarket,” Gartland adds.

“It’s important to note that Gloucester County, which is the southernmost end of the Southern New Jersey industrial market (roughly 40 miles south of Burlington), also has seen a tremendous amount of growth over the last few years,” C&W’s Gartland points out.

Key drivers for this submarket have been attributed to the recent expansion of the PhilaPort (Port of Philadelphia), the overall growth of the city of Philadelphia, and the masses of qualified labor in the region. “More than ever, labor is at the forefront of these e-commerce deals, as is evident in the recent 1-million-square-foot lease signed by Amazon in Swedesboro (Gloucester),” Gartland says.

Fern notes that C&W was retained to market a 3-million-square-foot master-planned industrial property in Logan Township (Gloucester), to be named Logan North Industrial Park – that offers direct access to Interstate 295 and US Route 322 as well as the NJTP. “It is also close to the Ports of Philadelphia, Newark/Elizabeth and Baltimore, MD, and serviced by Norfolk Southern and CSX railroads. We anticipate shovels in the ground within the next 12 months,” Fern says.

The pricing differences can be striking, according to Fern, “While each town may vary, we’re seeing newer Class A property by Turnpike Exit 8A leasing for $6.50 per square foot, with Edison space going for $8.50 per square foot, and $9 at NJTP Exit 12 in Perth Amboy, an increase of around 25 percent from just a couple of years ago. In South Jersey, however, you can still find Class A warehouse leases for about $5.50 per square foot,” he adds.

While much of the industrial activity to speak of took place in Central/South Jersey, the Northern New Jersey (NNJ) market reported robust activity as well. This market recorded its highest leasing activity since the first quarter of 2016 – 5.5 million square feet. It maintained its healthy momentum and improved market fundamentals. Net absorption remained positive for the 16th consecutive quarter, dropping the availability to a new “all-time low” of 7 percent.

A notable lease transaction in Northern New Jersey during this quarter was Bergen Shipping, which leased 404,000 square feet at 299 Thomas E. Dunn Memorial Highway in Rutherford. Predictably, properties located near the ports and NJTP continue to attract most of the tenant demand in NNJ, as evidenced by the Port and Meadowlands submarket accounting for 67.4 percent of all leasing activity. However, the lack of available space in those areas has forced tenants to look further west in NNJ, with the Morris Region and Route 80/46 submarkets benefiting from this trend. The average asking rent continued to rise again this quarter, reaching a “record high” of $7.47 per square foot, an increase of 7.5 percent from the previous year.

“The data behind the fourth quarter of 2017 perfectly illustrates the continued growth trajectory of the northern and central parts of the state. We have seen year-to-year increases in asking rates, and sales numbers with subsequent decreases in vacancy rates as new construction struggles to keep up with ‘red hot’ demand,” says Kristen Jost, research director for NAI James E. Hanson (Hackensack). “However, there has been significant talk regarding the current high pricing for industrial assets in the region as leasing rates approach double digits and the possibility of a price correction coming at some point within the next 12 to 18 months exists.”

“While rents are not forecasted to rise as sharply as during the past few years, they should tick higher along the NJTP, particularly within warehouse space,” Price says. “Tight market conditions will persist, although vacancy could climb nominally as some larger, speculative projects deliver.”

With employment levels remaining extremely healthy and consumer confidence at or near all-time highs, demand for warehouse space should remain strong. High consumer demand for rapid fulfillment of online orders will keep fueling leasing for e-commerce and retail companies for last-mile delivery. “Furthermore, absorption levels will remain strong, albeit not as robust as the previous two years, as there is still some room for further strengthening during this current industrial expansion cycle,” Price says.

“Diminishing availability coupled with a growing construction pipeline to support the need for modern industrial space, indicates confidence in the New Jersey industrial market and suggests continued momentum in 2018,” Markey states with conviction.

The Founder/CEO as the Brand