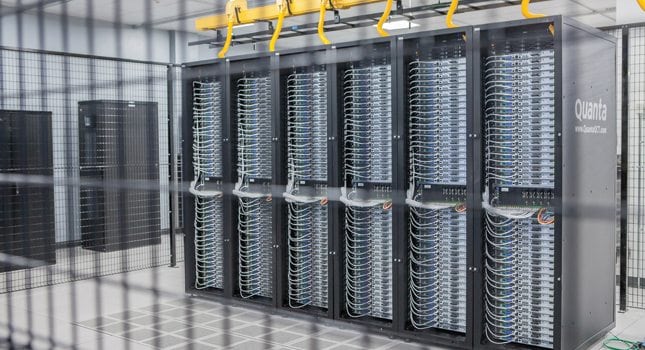 CoreSite’s NY2 in Secaucus is the Garden State’s newest data center consisting of 280,000 square feet, with its stage one offering 36,000 square feet of raised flooring.

While New Jersey’s commercial real estate continues to bounce back from the recession (some sectors doing better than others), one sector has been showing considerable strength while flying somewhat under the radar. It doesn’t have the size and scope (from a numerical standpoint) as office or industrial, but, data centers are clearly making their mark on the landscape. And New Jersey has emerged as a national leader.

That data centers are on the grow is obvious, because data rules the business world. But why New Jersey? The old adage “location, location, location” might be a bit time-worn, but that’s reason No. 1. That, and some inherent infrastructure advantages to be had here.

First, there’s proximity to Manhattan, says Kevin Murphy, senior managing director of Newmark Grubb Knight Frank in Rutherford. “Just about every business vertical in the world is represented in this marketplace. From a macro perspective, the world is becoming increasingly digital, so all that data needs to be stored and transmitted from somewhere.”

Add to that, “a great power infrastructure, which is a legacy of New Jersey’s industrial and manufacturing history,” says Michael Seeve, president of Mountain Development Corp., Woodland Park. “Second, New Jersey has very favorable fiber connectivity and latency, part of a legacy of the state’s historic home to the Bells and AT&T. Taken together, select locations have the ability to put together both the power and connectivity that are requisite components for data centers.”

The bottom line? According to Tom Ray, president/CEO of Denver-based CoreSite, which recently opened its NY2 data center in Secaucus, “the performance capabilities out of Secaucus are equal to Manhattan, so you can put a cloud or network in Secaucus and not suffer performance degradation from being in Manhattan. The advantage is in cost and scalability – operating costs in New Jersey are 50 to 60 percent lower than Manhattan. And it’s very difficult to keep growing in Manhattan – it’s expensive and takes a long time.”

NY2 in Secaucus, as mentioned, is the Garden State’s newest data center – 280,000 square feet, with its stage one offering 36,000 square feet of raised flooring and its first room already 65 percent occupied. Built out, it will offer up to 21 MW of critical load.

Other newer centers in northern New Jersey include Equinix’s NY5 on its Secaucus campus, which recently signed an agreement with BATS Global Markets; and NJR3, a 215,000-square-foot center in Clifton developed by Mountain Development Corp. for Telx and recently sold to CalPERS and GI Partners.

Digital Realty provides a link between northern New Jersey data centers and those to the south. Its newer northern properties include the 370,000-square-foot 300 JFK Boulevard East in Weehawken and the 280,000-square-foot 701 Union Boulevard Building A and 140,000-square-foot Building B, in Totowa. The company also has development space in Totowa, for which it has done some master-planning, says Donough Roche, vice president-sales engineering.

Other newer data centers in that region include Lam Cloud’s 495,000-
square-foot facility in Cranbury – a former insurance company headquarters owned by The Sudler Cos. and converted into an integrated data center that includes a conference center and executive office center.

Ultimately, “every corporation is IT- and information-dependent,” says Jeff Hipschman, senior managing director at CBRE in Saddle Brook. “We’re seeing demand from virtually every sector – every company is utilizing this technology in some form or fashion, and they have some need to host critical infrastructure.”

In the overview, what’s new from a technology standpoint?

For one, “the market is becoming more energy efficient – it’s a high priority,” says Terence Deneny, vice president-mission critical for Structure Tone. “People are looking at equipment that can bring energy efficiency to bear, or looking at designs that can help get that done – a modular approach to not building out additional capacity when it’s not required.

“There is a lot of development around more efficient computer room air-conditioning [CRAC] units and more efficient mechanical systems. Additionally, there is a lot of data center infrastructure management systems in terms of how you put sensors in place on the equipment to measure how the systems are performing, what’s your rate of return and what’s your power usage effectiveness,” says Deneny.

“In the broad spectrum, we think about data center technology on two layers – customer equipment and the physical infrastructure itself and how you secure it,” Ray explains. “From that standpoint, we see an ongoing process of incremental improvements centered on power and cooling efficiencies.

“Most important is that facilities are increasingly modular – the real advancement in power and cooling technologies is in the flexibility of the system,” he says. There is also a change on the user side: Private networking – in essence, a dedicated network as opposed to getting in over the public internet. “We develop utilities in our data centers that facilitate that,” he says.

From a data center security standpoint, applications “haven’t changed that much – CCTV, access control, outside barriers and fencing are still done,” Deneny says. “Priority on the security of the information systems is really paramount.”

Another factor on security, relating to Mother Nature: “Data centers are all concerned about being out of the 100- or 500-year flood plain,” Brady says, referencing the aftermath of Hurricane Sandy.

“Sandy was a significant event for all data center operators,” Digital Realty’s Roche concurs. That said, “we had a positive experience – stayed open and online, on generators, for six days. It’s important to have a solid fuel supply network with more than one fuel supply contractor.”

When Sandy “arrived,” Digital already had a project underway “to move our electrical loads to a more resilient section of the distribution network,” a project that has since been completed.

“It’s increasingly important that tenants understand what service level agreements are in place for fuel,” says Newmark Grubb Knight Frank’s Murphy. “Everybody wants to know what lessons were learned and how those issues have been addressed. The provision for fuel, water for cooling and spare parts for mechanical systems is so important for end-users to understand how they are being addressed.”

From a construction standpoint, “everyone is cognizant of the changes in FEMA’s floodplain maps,” Murphy says. “What’s happening is all the infrastructure is being moved off the ground seven, eight or 10 feet, or brought into the building. That’s become standard operating procedure for new construction.”

“We have had clients in New Jersey that had built facilities on the border of the 100-year floodplain, but weren’t in it before Sandy,” Deneny says. “We are seeing them taking remediation actions in terms of AVC walls, or barriers, or relocating infrastructure inside the facilities, or raising it to get out of the flood zone.”

As far as the typical cost of utilizing a data center, “every user will be different,” says Brady. “Co-location (colo) wholesale pricing might range from $150 to $200 per KW per month, and colo-managed service light might start at $200 per month and up. Full managed service could be $250 up to $800.”

Overall, whatever the cost, “demand in our market continues to be strong,” says Hipschman. “In response, there is a significant amount of development throughout New Jersey.

“It’s all positive for collocation and data center users,” he concludes. “There’s more choice and more competition, which is very healthy.”