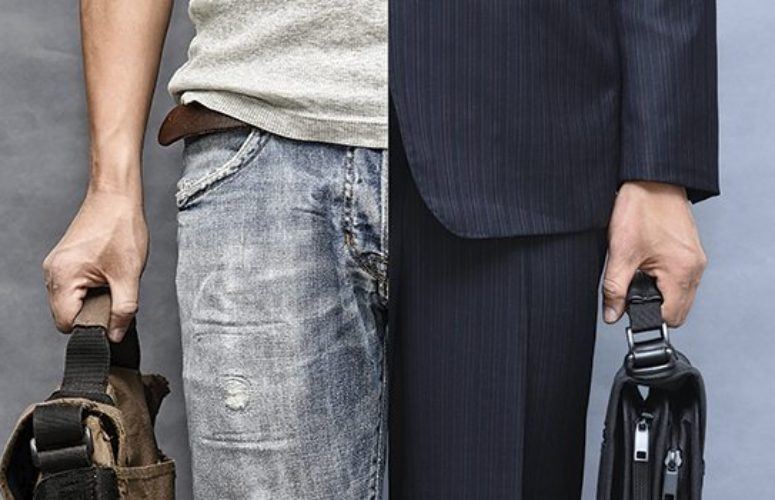 An old but interesting hot button has caught fire: Businesses that classify workers as independent contractors, rather than employees, save on expenses. However, if misclassified, these workers don’t receive their entitled benefits. And neither does the government, which is taking the offensive here in New Jersey.

An “employee” receives unemployment compensation, family leave, paid vacations, healthcare insurance, disability and other benefits that increase operating expenditures, but “independent contractors” do not. Businesses can avoid significant state and federal obligations by retaining and classifying independent contractors as such. Moreover, they can write-off funds paid to independent contactors as a business expense, rather than include them as taxable wages.

However, misclassification deprives the government of its fair share of employee-related income, such as unemployment, disability and Social Security taxes, and workers’ compensation premiums.

Misclassification challenges have broiled over the past decade, as governmental entities sought to gain diverted tax revenues and protect employees’ rights and benefits, and as plaintiff’s lawyers pursued lost wages and benefits for employees they claim have been misclassified as independent contractors. The intensity of these challenges increased as the economic downturn and rising cost of healthcare benefits forced companies into aggressive cost-cutting measures that further stressed the boundaries between employee and independent contractor classifications.

The result? A state-wide crackdown on worker misclassification; new, unambiguous ways to assess how New Jersey’s workers are categorized; new federal guidelines; aggressive government audits; increased fines for businesses that misclassify, whether intentionally or unintentionally; and more lawsuits filed by independent contractors claiming to be employees.

“Due in part to a New Jersey Supreme Court decision in early 2015 – in Hargrove v. Sleepy’s, which adopted a very stringent test that must be met for workers to be considered independent contractors under the New Jersey Wage and Hour Law – a large number of class action misclassification lawsuits in New Jersey have been filed and will continue to be for the foreseeable future,” states Mark Diana, an attorney with Ogletree, Deakins, Nash, Smoak & Stewart of Morristown. In New Jersey, transportation companies such as Uber and Lyft, for example, especially have been in the crosshairs of much misclassification scrutiny, he adds.

While different tests under various state and federal laws help distinguish an employee from an independent contractor, a common factor under all tests is “control” – the employer’s ability to dictate the means and manner of the work performed.

“The issue of control is a primary determinant of whether someone is an employee or independent contractor,” explains Andrew Berns, a partner with Einhorn, Harris, Ascher, Barbarito & Frost of Denville. “Quite simply, employees are controlled by their companies, but independent contractors control every aspect of their own businesses.”

In addition to control, other classification factors collectively considered include the type of independent business, degree of skill required, who supplies the workplace tools, length of employment, method of payment and other dynamics, Berns notes.

Catherine Wells, chair of the employment law group at Chiesa, Shahinian & Giantomasi of West Orange, sums it up this way: “Let’s say I operate an accounting firm that needs extra help between January and April. I bring in temporary accountants to provide tax return preparation services during those months. The only [work] these accountants are providing to my firm is tax preparation. I decide they can work from home, when they wish, so I classify them as independent contractors. But essentially, I am directing, controlling and supervising the work, even though it’s being provided off premises. More importantly, the provided services are the same types of services my business already provides. In this instance, the workers have been improperly classified as independent contractors: They are, in fact, employees.”

Employer “Control” of workers was scrutinized in Hargrove v. Sleepy’s, resulting in a more expansive determinant of employee status, known as the “ABC Test.” The “ABC Test,” which provides more certainty to employees, begins with the presumption that a worker is an employee, thereby placing on the employer the burden of proving otherwise, explains Galit Kierkut, an attorney in the Employment & Labor Practice Group at Sills, Cummis & Gross of Newark. “In order to demonstrate that the worker is actually an independent contractor, the employer must now satisfy all three prongs of the ‘ABC Test.’”

Following New Jersey’s “ABC Test” decision, the US Department of Labor in July 2015 also issued interpretation addressing the frequent misclassification of workers as independent contractors. The result is a new version of the DOL’s “economic realities” test, which most courts apply in determining whether a worker is an independent contractor.

“The interpretation concludes that ‘most workers are employees under the Fair Labor Standards Act’s broad definitions’ and underscores that the goal of the test is to determine whether the worker is economically dependent on the employer (and thus is an employee) or whether the worker is truly in business for him or herself (and thus an independent contractor),” Kierkut explains. “It emphasizes that no single factor of the ‘economic realities’ test is determinative and advises that employers apply each factor of the test consistently within the FLSA’s broad definition of ‘employ.’”

The new version of the USDOL’s “economic realities” test includes these factors:

To combat misclassification concerns and recoup tax monies, the federal and New Jersey departments of labor have increased auditing procedures to monitor employee classification. They rigorously are investigating businesses’ employee and payroll records and independent contractor agreements, including all 1099 and W-2 forms.

In addition, “the federal Wage and Hour Division (WHD) of the US Department of Labor has instituted a ‘Misclassification Initiative’ whereby it entered into Memorandum of Understanding with the IRS and individual states’ departments of labor,” reveals Scott Ohnegian, chair of the labor and employment department at Riker, Danzig, Scherer, Hyland & Perretti of Morristown. “Under the program, information is shared across agency borders to monitor employee classification in the workforce. Although New Jersey has not entered into a Memorandum of Understanding with the federal Department of Labor, it has increased its own auditing efforts to identify misclassified employees, institute lawsuits for back wages, and crack down on employers who chronically abuse the independent contractor classification.”

According to NJBIA’s “Government Affairs Fast Facts,” New Jersey routinely conducts random audits, citing an estimated $535 million in taxes that go unreported due to misclassification. The state’s Department of Labor & Workforce Development (LWD) randomly audits roughly 2 percent of the state’s 230,000 employers to ensure that unemployment and disability insurance payments are properly remitted for workers. The IRS also conducts random audits of businesses specifically to examine the use of independent contractors.

“This creative agency retains a variety of freelancers to work on its advertising campaigns,” Wells explains. “When the firm was investigated, we were able to establish that the freelancers had their own businesses, provided services to myriad other creative agencies, carried their own insurance and didn’t use the employer’s equipment. In addition, how their work was performed was not controlled by the agency. The freelancers, therefore, were not employees, but independent contractors.”

“When federal or state authorities do find that an employer has misclassified an employee as an independent contractor, the criminal, legal and financial penalties can be severe. Penalties can include tax liability, fines, back pay and overtime wages owed to the misclassified individual,” Ohnegian states. “For example, misclassification under New Jersey’s workers’ compensation law carries a penalty of $5,000 per 10-day period of misclassification.”

The penalties for misclassification vary depending upon the law at issue, Ogletree Deakins’ Diana notes. He explains the consequences of misclassified workers under specific New Jersey laws:

Independent contractors also can face penalties as a result of misclassification. Independent contractors can write-off their properties and other expenses as deductible business costs, including travel, food, telephone and Internet services in a home office, computers and other technology. If misclassification is discovered, these individuals face significant consequences for unpaid taxes.

The entire issue of employee classification will continue to get hotter, Wells says.