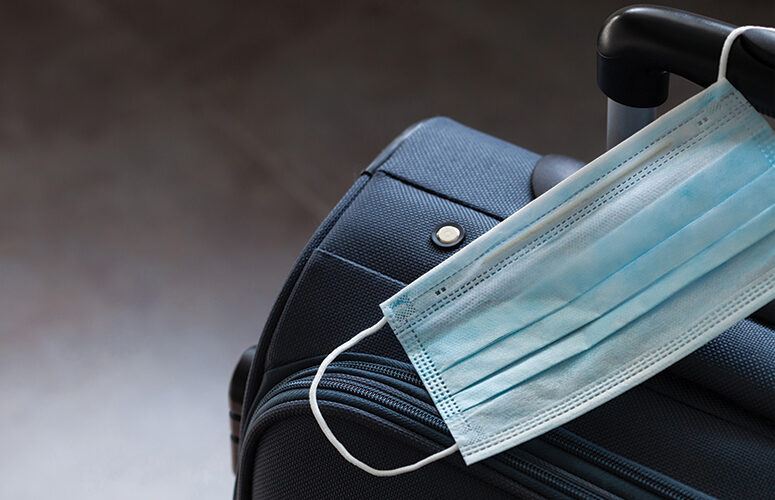 COVID-19’s Impact on Travel and Transportation

Amid record volume drops in travelers over the past year, can agencies rebound?

When the COVID-19 pandemic began just more than a year ago, traveling by airline or mass transit was put on the backburner by even the most wanderlust individuals. Uncertainty mixed with the fear of catching the virus while in close proximity to strangers cramped inside a plane, train or bus, coupled with evolving behavior when it comes to work patterns, led to some of the most significant statistical drops that various transportation sectors have ever seen.

The Port Authority has estimated that these pandemic-related volume drops will result in a revenue loss of approximately $3 billion for the 24-month period beginning in March 2020.

It isn’t just the fear of catching the virus that has impacted the travel and transportation industry though, as responses to the pandemic, such as an increase in telework, changed the behavior of travelers by eliminating work commutes for many, and putting a pause on in-person business trips thanks to the possibility of digital meetings and conferences.

The question is, how much of a lasting impact will the pandemic have on the travel and transportation industry? Further, how can organizations reassure customers that it is safe to travel, and re-instill confidence that they can protect them?

In many ways, the pandemic accelerated the increasing digitalization of the workforce that had already begun due to the exponential evolution of technology. Businesses that could function with a remote work environment did so, and many may choose to continue operating in such a way, even when the pandemic is a distant memory.

James Hughes, dean emeritus of the Edward J. Bloustein School of Planning and Public Policy at Rutgers University, says that a popular take on what a post-pandemic work pattern could look like in the Northeast region in particular, is that of the “hub-and-spoke” model, where major hubs are still centered in Manhattan, but at the same time, a number of satellite facilities in New Jersey also open closer to employees homes, for example.

In this scenario, he says that many companies will continue their work-from-home operations, with employees coming into a satellite location occasionally.

“That will particularly impact the rush hour traffic on public transportation,” Hughes says. “It is probably not going to go back to the intense volumes that we had before the pandemic hit. At the same time, though, people may be taking different kinds of trips instead. They may not be paying tolls going into Manhattan [daily], but if a company sets up a satellite facility, they may drive to that once or twice a week.”

According to the New Jersey Turnpike Authority, traffic volume is expected to at least partially increase in 2021, as they estimate an increase by 14% over 2020 levels.

Additionally, the Authority estimates that toll revenue will increase over 2020 amounts by 36%, due in part to the projected increase in traffic, but also due to the full year impact of the toll rate increase that Gov. Phil Murphy approved on September 13, 2020.

Less people on the road also means less fuel consumption, which led to another tax hike for drivers, this time in the form of an increase in the state’s gas tax by 9.3 cents per gallon (22%) this past October.

According to the New Jersey Department of the Treasury, consumption of gasoline declined by a total of 38.7% from March to May 2020, while diesel fuel consumption declined by 16.5%.

The gas tax increase was necessary to ensure compliance with a 2016 law that requires a steady stream of revenue to support the state’s Transportation Trust Fund program.

“The law enacted in 2016 contains a specific formula to ensure that revenue is meeting a certain target. When it does not, the gas tax rate has to be adjusted accordingly in order for us to meet our obligation under the law and fully fund the state’s many pressing transportation infrastructure needs,” explains State Treasurer Elizabeth Maher Muoio.

While evolving work patterns are out of the control of public transit agencies like NJ Transit, restoring confidence in their customers is attainable, and vital.

“As it’s going to be difficult for any transit agency to take the ‘mass’ out of mass transit, we want to ensure a safe and healthy transit experience through a ‘shared responsibility’ approach,” says NJ Transit President & CEO Kevin Corbett, whose agency has experienced a 90% ridership decline across its system since the pandemic began.

NJ Transit officials say that the agency “has enhanced its cleaning efforts to include disinfecting vehicles every 24 hours. The cleaning regimen in stations includes additional disinfecting of frequent customer touchpoints such as ticket vending machines, handrails and door handles. The cleaning agents used are deemed effective for these purposes and contain anti-viral components such as bleach/water mixes and other disinfectant sprays.”

There is an onus on travelers as well, such as adhering to mask mandates when onboard as well as avoiding loud talking, which can increase the amount of potentially virus-laden droplets in the air.

Of course, widespread distribution and adoption of the vaccine may be the biggest factor in restoring public confidence in safely traveling on public transit. Public and local transportation workers, including bus, taxi, rideshare and airport employees; NJ Transit workers; and Motor Vehicle Commission staff; were made eligible to receive a COVID-19 vaccine on March 15.

As New Jersey inches towards its goal of vaccinating 70% of the adult population, public confidence in traveling will likely continue to grow.

“I think the airlines, [for example], are banking on a massive rebound of [vacation travel],” Hughes says. “That’s going to rebound much quicker than business travel.”

“The vaccine will add yet another layer of safety to the numerous measures we already have in place to provide the safest possible travel environment for our employees and customers,” Corbett adds.

Researchers with the Aviation Public Health Initiative (APHI), a project of the Harvard T.H. Chan School of Public Health, released a study that examined the health risks of flying during the COVID-19 pandemic.

The report shows that ventilation of air on aircraft reduces the possibility of exposure to COVID-19, lower than other common settings, such as a grocery store or indoor restaurant. This effectively counters the proximity travelers are subject to during flights. Because of the frequent exchange of air and HEPA filters on planes, over 99% of the particles containing the virus are removed from cabin air. In addition to the air filtration systems, synergistic layers include:

“Our team found that, together with their high-performing ventilation systems, the actions that the airlines put in place significantly reduce risks of viral transmission aboard an airplane,” said Leonard Marcus, Co-Director of APHI.