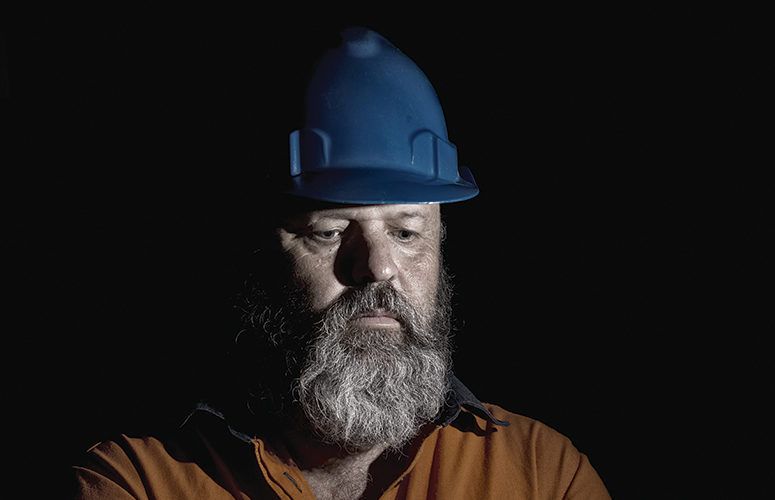 Completing work already on the books, union leaders worry economic slowdown will produce less of a pipeline after recovery.

Construction trade unions fared well during the COVID-19 pandemic in 2020, in part a testimony to their adaptability. For example, IBEW Local 102 gave its apprentice test in an underground parking lot when the number of applicants was too large to hold for indoor social distancing.

However, construction lags the economy and much of the work in 2020 was already underway or ready to start when the virus hit. Some union officials now fear diminished government revenues, and the readjustment of private-sector needs in a post-COVID-19 recovery could leave less work in the pipeline starting later this year.

Greg Lalevee, business manager of IUOE Local 825/ELEC, in Springfield, comments, “Our contractors seem to think there’s enough backlog on the books to keep working through mid-2021, but what’s after that?”

IUOE Local 825 has been working on warehouse and logistical facilities, which were near their saturation point when the health crisis hit. However, these facilities are in demand again driven by the skyrocketing number of home shoppers. In the public works sector, with highway traffic light as people worked from home, Lalevee says the construction sector has benefited from fast-tracked road and bridge projects.

“We’re going to end up delivering a lot more work ahead of schedule,” he says. “The downside to that is: What’s in the work pipeline?”

Patrick Delle Cava, business manager for IBEW Local 102, says his Parsippany-based local has not experienced higher unemployment than before the pandemic. But he didn’t see as many new projects start.

“My big concern was how to make pension payments if (work dries up) and all contributions stop coming in,” Delle Cava notes.

His local of 2,500 members working in construction and 500 in manufacturing has long-term work at a 6-million-square-foot warehouse under construction in Phillipsburg, and two large schools in Passaic and Paterson. Local 102 will put 90 men to work soon on a new data center, one of three they are working on, with a five-year buildout. The union also has a steady flow of jobs from Merck and is working on substations for JCP&L and PSE&G.

“There are a couple of decent-sized solar farms that are about to pop,” Delle Cava says. “These are jobs we’ve been cultivating for three years, but in New Jersey, it takes so long for approvals. We’re building stuff that’s been in the hopper for three or four years. What this does to us – three or four years down the line – I’m not sure.”

Where the Work Is

“In the highway and heavy construction sector, we have seen an uptick in membership and hours worked. Some of that is due to urgent utility infrastructure investment that was planned before the pandemic,” Lewandowski says. However, building construction is more of a mixed bag as some of the demand for apartments has shifted from urban areas to single-family houses in the suburbs. “Projects already underway before the pandemic either are, or will soon be, completed. New starts are another matter,” Lewandowski says.

“Healthcare, logistics and higher education may be active, but the commercial office sector is clearly hurting and wondering where to go,” he says. “The Hoboken Terminal Redevelopment Plan is one worth mentioning. It consists of 1.3 million square feet of commercial, office and retail space with many public amenities. This project is huge for the region and huge for the construction industry.”

Jack Kocsis, Jr., CEO of the Associated Construction Contractors of New Jersey (ACCNJ), is optimistic that public construction will pick up in 2021, based on what he says he is hearing from state and county officials. ACCNJ contractors do buildings, heavy construction, highway and utility work. In addition to continued industrial warehouse demand, he anticipates more utility work this year.

“We have a tremendous need for new water infrastructure and a strong will from state leadership and utility companies, so we will continue to see that sector grow,” Kocsis says. “Our roads and bridges also need a lot of attention – and many projects are slated for 2021 and beyond.”

Some of those projects that won’t happen in 2021. The Port Authority of New York & New Jersey announced a $1.3-billion reduction from the $8.6-billion 2020 budget. The spending plan stops funding on any project not already under construction.

The economic impact of the pandemic has affected material costs and added pressure on the construction trades to build efficiently and bring value to the projects they work on. “One of the key issues has been getting the higher costs of providing safety measures included in the project cost – more and different personal protective equipment (PPE),” Kocsis says. “Contracts have to be renegotiated to cover those costs – it has required a lot of patience and hard work for contractors.”

Lalevee says the construction industry and New Jersey could benefit from having a president who commuted by train for decades between his home in Delaware and senatorial office in Washington, D.C.

“In general, if there’s one place Republicans and Democrats work well together, it’s infrastructure,” Lalevee says. “Infrastructure is still one place where legislators know they’re bringing money back to their districts.”