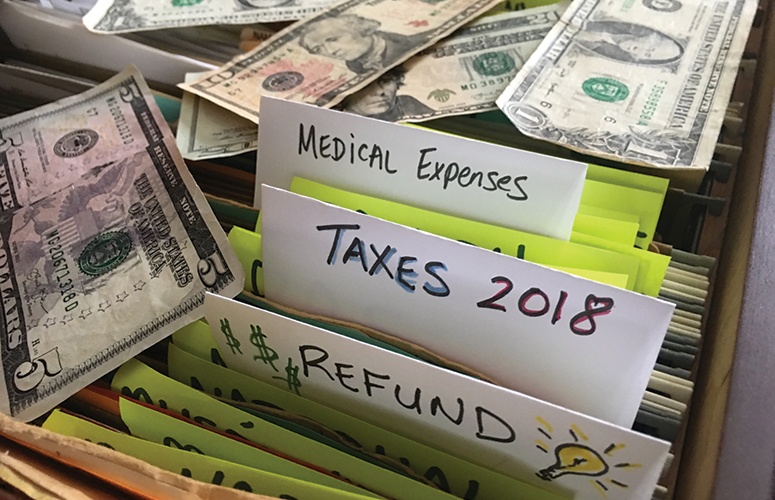 CPAs discuss who the winners and losers are under reform.

In late 2017, President Trump signed the Tax Cuts and Jobs Act (TCJA) into law, cutting individual income tax rates, doubling the standard deduction, eliminating personal exemptions and significantly and permanently reducing the corporate tax rate. Trump hailed it as a “historic victory for the American people,” but as tax reform goes into effect for the first time this filing season, some New Jersey residents may face harsh realities associated with the state’s higher cost of living.

“We found through our tax projections that most taxpayers, particularly seniors and the lower middle class, will benefit because tax rates are lower and the doubling of the standard deduction. We also saw that most taxpayers who were previously in the Alternative Minimum Tax (AMT) would see a tax savings,” says John Apisa, a partner with PKF O’Connor Davies, LLP, in Cranford. “However, New Jersey is obviously a more expensive area of the country, so salaries and incomes tend to be higher, and we pay higher amounts for a house, real estate taxes, mortgage interest, and the like. People with these higher incomes are more likely to be hurt because of the limit on the SALT (State and Local Tax) deduction, and I would think the higher the income is, the more negatively they will be affected.”

Paula Ferreira, CPA, MS, partner with Mazars USA, LLP in Edison, says that while corporations stand to gain the most under the TCJA, the vast majority of Americans will also benefit at least marginally from a reduced tax burden. However, she also points out that New Jersey is the only state where more than 10 percent of the population is expected to pay higher taxes this spring.

Many Americans will benefit from the TCJA, which preserves the current structure of seven individual income tax brackets, while lowering five of them. The top bracket goes from a 39.6 percent to 37 percent rate; 33 percent rate to 32 percent; 28 percent rate to 24 percent; 25 percent rate to 22 percent; and 15 percent rate to 12 percent (the 35 percent and 10 percent brackets remain the same). It also raises standard deductions from $6,500 to $12,000 for single filers, $9,550 to $18,000 for head of household, and $13,000 to $24,000 for married couples filing jointly. However, the plan places limits on deductibility of property, state income and sales/use taxes. Prior to 2018, filers were able to deduct these in full, but that amount is now capped at a total of $10,000.

“As a result, taxpayers will claim the standard deduction of $24,000, which is the same deduction they would be entitled to if they were renters and not paying mortgage interest,” Lovett says. “In this context, New Jersey taxpayers will be slightly disadvantaged.”

Changes to the AMT

What may help some of these same New Jersey taxpayers are changes to the Alternative Minimum Tax (AMT), a mandatory alternative to the standard income tax that goes into effect when a taxpayer earns more than an established exemption while also using many common itemized deductions. Implemented nearly 50 years ago to ensure high earners paid their fair share of taxes, the AMT exemption has increased substantially under the TCJA, making it once again primarily a “millionaire’s tax.”

According to Phil Drudy, member, director of the Tax Department at Smolin Lupin & Co. in Fairfield, the scaling back of the AMT will offset the loss of the SALT deduction for many of New Jersey’s high earners. At the same time, however, wealthier New Jersey homeowners who deduct mortgage interest and took out a new loan in 2018 are now limited to the amount they pay on $750,000 worth of debt, down from $1 million.

“Regarding mortgage interest, the law applies to new money, so anyone who had a loan already in place will still be able to deduct their interest,” Drudy says. “The filers who will be hurt are the ones who took out a home equity loan to pay for personal things, like their children’s tuition. They will lose the deduction. But if they used the borrowed funds for investments or their business, then they may still be able to deduct the interest under the tracing rules.”

What Small Business Owners Should Expect

Except for the elimination of a few tax deductions (you can no longer write off 50 percent of that baseball game or round of golf with clients), most small business owners should pay out less this filing season. Those who are taxed as C corporations will see their rate lowered from a maximum of 35 percent to a flat rate of 21 percent, while those classified as partnerships, S corporations, and sole proprietorships will benefit from the modest rate reduction that applies to individuals (39.6 percent to 37 percent). Another plus is that the $10,000 deduction limit for individual taxpayers does not apply to businesses, meaning business owners will still be able to deduct state taxes without limitation on their federal returns.

In addition, under Section 199A of the new tax code, taxpayers may be eligible for up to a 20 percent tax deduction on their qualified business income. Drudy points out that small businesses will have to go through an evaluation as to whether the 20 percent deduction applies to them, which will depend on whether they are a specified service trade or business, how much taxable income the filer generates, and how much payroll the business pays.

Adds Lovett: “This is a complex deduction with very specific requirements and thresholds. However, this new deduction, if claimed at the maximum level, would have the result of reducing the maximum effective rate on a taxpayer’s pass-through income from 37 percent to 29.6 percent.”

Easier to File or More Difficult?

While the new laws may take a little getting used to, many New Jersey citizens should find the actual process of filing easier this tax season. Regarding CPAs, Apisa points out that while the 200-plus pages of the TCJA are daunting, tax laws are always changing, so professionals are used to keeping themselves updated. He also notes that before the TCJA, about 70 percent of filers utilized standard deductions, a number that should rise to between 80 percent and 85 percent this filing season due to the doubling of the standard deduction. “The standard deduction is a straight deduction, while an itemized return needs backup for mortgage interest, charitable contributions, etc.,” he says. “With more people using the standard deduction, fewer will need to provide their accountant with documentation, so it’s going to be easier.”

Lovett agrees that for middle-income wage earners, the cap on tax deductions should lead to more taxpayers claiming the standard deduction, which will likely simplify their tax filings. However, for small business owners, the new 199A deduction, as well as certain new provisions impacting the business community, likely makes tax planning and filing much more complicated, he says, adding, “Small businesses need tax planning and assistance, especially with 199A, just to make sure they’re getting the maximum benefit to which they’re entitled. It’s a complex area that may require more professional help.”

Ferreira underscores the point that the new tax laws make planning ahead all the more important for business owners. “There are appreciation changes, corporate AMT. If historically you’ve done it one way, the new rules might make it advantageous to do it another way,” she says. “It’s really important to have a good relationship with your advisor, as certain things can help you minimize taxes with the new rules.”

CPAs: Less than Half of Clients Have Reviewed, Updated Withholdings

Big Changes and New Challenges 10 Years after the Great Recession