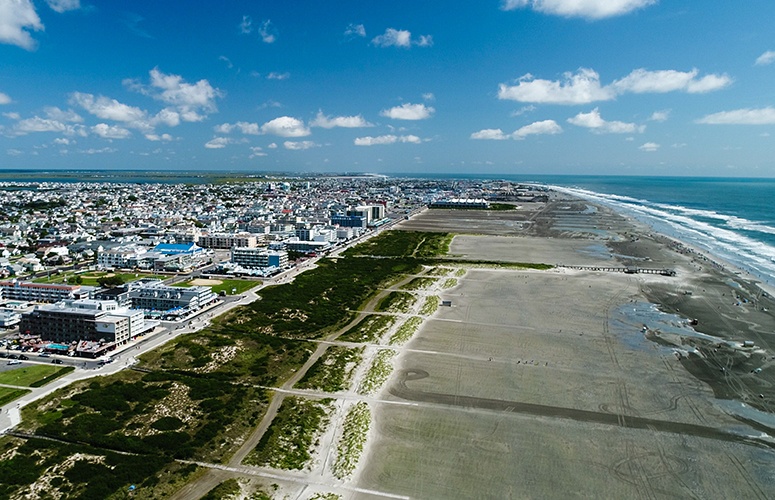 By Ray Cantor, NJBIA Vice President of Government Affairs On May 2, 2019

Ask someone if the public should have access to the state’s beaches and waterways, and invariably the answer is “yes.” It’s a principle going back to the Roman times known as the Public Trust Doctrine. And while that may seem to be simple at first glance, passing a law that guarantees public access is not.

Public Access Legislation. The state Department of Environmental Protection (DEP) has been regulating public access to beaches and waterways for years. Now, the Legislature has decided to codify the Public Trust Doctrine into law. Both houses have passed S-1074, which would set standards by which the DEP would implement its public access regulations. At this writing, the bill is on the governor’s desk awaiting his signature.

Public access and the scope of the Public Trust Doctrine go well beyond the 126 miles of ocean shoreline New Jersey enjoys. They apply to all tidal waters in 231 municipalities and 17 counties, accounting for a total 1,800 miles of shoreline.

Unlimited Access. The legislation as originally written, however, would have dramatically increased our notion of access, requiring DEP to provide public access “to the greatest extent possible” without considering public demand for access and the burdens to the property owner, as a New Jersey Supreme Court ruling allows.

It would have required 24/7 access on beaches and parks, as well as private property – something municipalities, homeowners and businesses are ill-equipped to provide. Those who couldn’t would have been required to pay a fee to DEP to provide access elsewhere. NJBIA advocated for providing reasonable access that does not unduly burden property owners.

The bill also did not take into account that public access to New Jersey beaches was already robust. Ninety-eight percent of the Atlantic Coast in New Jersey meets the U.S. Army Corps of Engineers standard of one access point every ½ mile. Only a few bad actors make public access an issue in the first place.

Permits and Exemptions. NJBIA succeeded in getting the bill amended to exempt relatively minor permits from some requirements and allow more flexibility. As originally written, the bill would have required someone trying to put in a bulkhead, for instance, to conduct a formal study on the feasibility of providing public access on their property.

The amendment is just common sense. Replacing a bulkhead and other minor activities do not fundamentally change the ecosystem and would likely affect properties where there is little demand for public access in the first place.

DEP Announces $600,000 in Grants for Rescue Mission of Trenton During Season of Service Tour