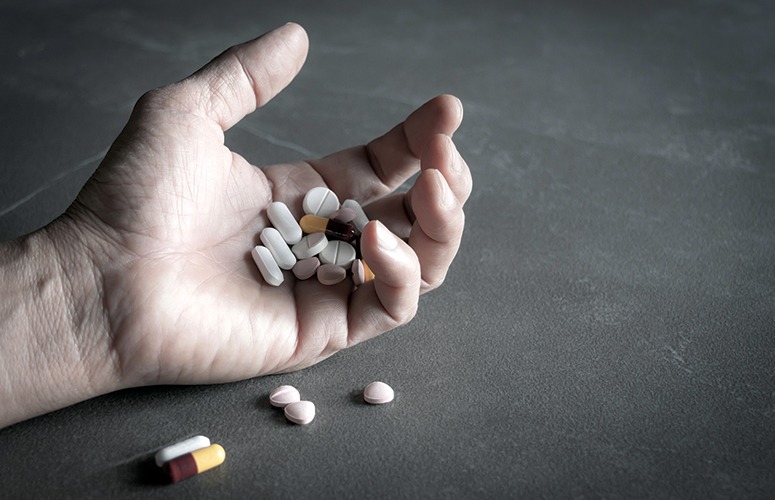 There were 2,221 confirmed drug overdose deaths in New Jersey in 2016, according to statistics from the Office of the Attorney General (OAG). At press time, preliminary data from the same source shows 1,970 deaths in New Jersey – with four months still to go – in 2018 (data is not yet available for 2017). The death toll from drug overdoses in 2018 is expected to climb to more than 3,000, marking a record high number.

The “opioid crisis” is very much a public health crisis, and has garnered national attention over the past few years. It is an issue that has entered the public eye and we’ve seen dialogue and efforts within New Jersey to mobilize a fight against the crisis. Why then, are the death tolls from drug overdoses still rising at a record pace?

“It depends how you measure progress,” says Michael A. Kelly, M.D., chair, department of orthopedic surgery and sports medicine and chair, department of physical medicine and rehabilitation at Hackensack Meridian Health Hackensack University Medical Center. “If we measure it by overdose deaths, the statistics would suggest we aren’t [making progress]. However, if you measure it by per capita education … or by the number of prescriptions and the number of pills per prescription, we are.”

The National Institute on Drug Abuse (NIDA) defines opioids as a class of drugs that include the illegal drug heroin, synthetic opioids such as fentanyl, and pain relievers available legally by prescription, such as oxycodone, hydrocodone, codeine, morphine and many others.

The rise of fentanyl use is concerning, as it is nearly 50 times more potent than heroin and up to 100 times more potent than morphine. To put that into perspective, the average lethal dose of heroin is 30 milligrams compared to that of fentanyl, which is just 3 milligrams. The drug also has low production costs, and is significantly cheaper to acquire than heroin. This gives drug dealers strong incentives to mix fentanyl with heroin and other drugs, which often leads to individuals consuming fentanyl without even realizing it.

“New Jersey really was the first state in the country to address the issue head on,” Angela Conover, director, media, marketing and community relations for Partnership for a Drug-Free New Jersey, says. “The A3/S3 bill that was passed in February 2017 and signed by former Gov. Chris Christie mandates one hour of education for prescribers on the issue, and also mandates that at the time of receiving an opioid prescription, a patient must be informed by their prescriber about the potential for dependency as well as possible alternatives that exist.”

Much like cancer, where almost everyone knows someone who is affected by the disease, opioid dependency affects more people than one may realize. As Donald J. Parker, president and CEO of Carrier Clinic notes, opioids are truly “class-less” drugs, and affect people – young and old, rich and poor – in all areas of the state, and, on a larger scale, the country.

“It’s not unlike what happened with HIV,” Parker says. “When we started to see people in the middle and upper classes being infected with HIV, we started paying more attention and coming up with new solutions. And, today, [HIV] is manageable and no longer life threatening. I think you are going to see something analogous to that and it is happening now in the treatment world.”

The Vital Role of Hospitals and Treatment Facilities

Many hospitals have created an opioid task force to directly attack the issue, including Saint Peter’s Healthcare System, whose task force has already received national recognition for its efforts with Saint Peter’s University Hospital receiving the Social Stewardship Award from HealthTrust in July.

In addition to a decrease in opioid prescriptions for a patient to take home, efforts to decrease opioid use within the hospital are also being made.

“We became very aggressive about this issue four years ago,” says Hackensack’s Kelly. “The first thing we did was dramatically limit the intravenous use of opioids post operatively – which used to be routine.”

“Pain-pumps” were commonplace at many hospitals and allowed patients to self-administer drugs through an IV while in a hospital bed whenever they felt pain. The pain pumps eliminated the need to wait, often in intolerable pain, for a scheduled dose of pain killers every six hours or so, but also enabled patients to administer more opioids than necessary, increasing the risk of future dependence.

“Instead of using just one agent that has a lot of side effects, plus the risk of addiction, we now use several non-opioid agents before surgery, during surgery and after surgery to minimize the need for opioids,” Kelly says.

Trinitas Regional Medical Center (TRMC) offers multiple levels of outpatient treatment to treat substance abuse disorders, and even has a gender specific program that deals with women’s issues including trauma and parenting.

“That program has a childcare component, which allows the women to have onsite babysitting services while they are in treatment,” says Krystyna Vaccarelli, LCSW, LCADC, director of substance abuse services, TRMC.

The opioid crisis has also put an incredible strain on the state’s treatment centers. “It has put us in a situation where we sometimes have more patients waiting for us than we have in our hospital,” Parker says.

“We have been trying to look at substance abuse treatment in a different way,” he says, adding that focusing on science and leveraging technology in research to treat patients has not only seen encouraging results so far, but is also helping the medical community to better understand how addiction affects the brain.

In August, it was announced that a merger between Hackensack Meridian Health and Carrier Clinic would take place to bolster behavioral healthcare in the tri-state area.

Earlier this year, Horizon Blue Cross Blue Shield of New Jersey (Horizon) announced that over the next five years it would invest $125 million – expected from federal tax reform refunds – in significant initiatives that will drive improvements in healthcare in several areas, including behavioral health, substance abuse prevention and addiction and recovery. The company launched its first program to stem prescription drug abuse in 1999.

“While [lower prescriptions] are encouraging, we are faced with daily reminders that fully understanding and combatting this public health crisis requires greater collaboration and engagement at virtually every level,” says Kevin P. Conlin, chairman, CEO and president of Horizon.

“The DEA’s opioids workplace pilot program is perfectly aligned with our goals,” says Santo Barravecchio, vice president, human resources for Horizon. “[Horizon] employees left this session with fresh insights into the opioid crisis and what they could do as individuals to understand the warning signs of substance and opioids use disorder and to take actions that can save lives.”

The Need to Eliminate Stigma

“The role that stigma plays is extremely important,” Conover says. “People have to understand that no one is immune. … Breaking down the barriers of stigma and making everyone aware and educated will continue to move us in the right direction.”

Something as simple as choosing different words when talking about addiction is one step towards breaking through some of the negative perception surrounding prevention, treatment, recovery and substance use disorders. Some examples would be substituting the word addict for substance abuse disorder, and saying drug misuse instead of abuse.

“What has increased tremendously is the awareness to the issue,” Vaccarelli says. “There have been ‘on the street’ tools that can be used by anyone to help save the life of someone overdosing. There are probably more Narcan (used to treat a narcotic overdose in an emergency situation) kits in the cars, purses or backpacks of the people that live in your town than you could imagine. It is no longer a secret and that in itself is progress.”

Furthermore, according to New Jersey Department of Health Commissioner Dr. Shereef Elnahal, medication – like methadone and suboxone – has been shown to decrease cravings and relapses and increase the chances of recovery, but the general public, as well as some treatment providers and clinicians, need to be more aware of its proven benefits.

“We must fight the damaging stigma associated with Medication Assisted Treatment,” Elnahal says. “No one would ask a diabetic why they take insulin or how soon they’re going to go off it.

“We are changing the paradigm in addiction treatment,” he continues. “Addiction is a disease, but it does not have to be a fatal one.” 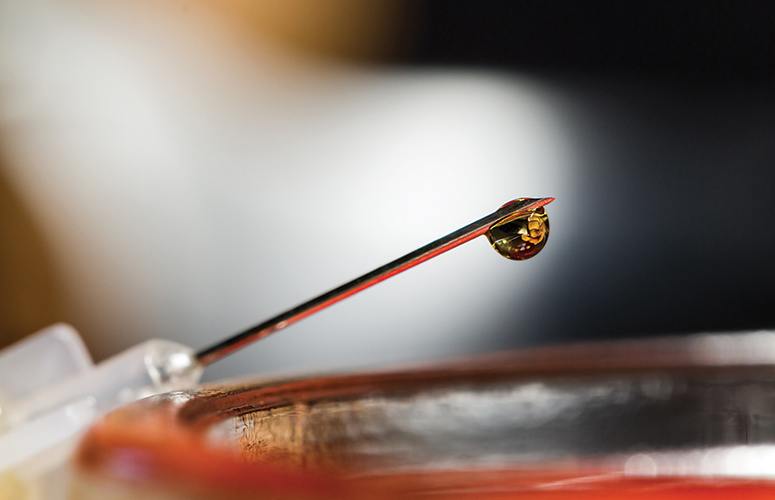 > Business leaders have a special obligation to combat the opioid problem.

According to the Journal of Occupational and Environmental Medicine, Substance Use Disorder (SUD) and Opioids Use Disorder (OUD) cost American companies up to $400 billion annually in lost productivity, absenteeism, turnover, healthcare expenses, disability and workers’ compensation. These costs, however, pale when compared to the human toll that the opioid crisis has taken on the lives of individuals, their families and their friends. As with any public health crisis, if the opioid crisis has not already impacted your business, it is unfortunately only a matter of time before it does.

As business leaders, we have a special obligation to combat this problem. We are in a unique position to help our employees and their families – to stop the spread of this epidemic through education and prevention, to be advocates for those who need effective treatment to begin their lifelong journey to recovery, and, ultimately, to save lives. That’s why Horizon is dedicating $30 million from the savings we’ll realize from federal tax reforms to expand substance abuse prevention and treatment and increase access to behavioral health services.

We know from a recently released study of Horizon claims data from 2013-2017 that opioid addiction does not discriminate based on age, ethnicity, income or other demographic factors. The number of members diagnosed with Opioid Use Disorder grew significantly during that time in every one of Horizon’s market segments – commercial, Medicare and Medicaid.

At the same time, our study showed promise. Horizon has 14 new or enhanced programs to screen and ultimately reduce the number of opioid prescriptions. We’re identifying high-risk prescribers and using predictive modeling to identify members at high risk. With these programs in place, prescriptions for opioids have gone down by nearly one-third over the last four years. Over this same period, we have achieved the highest rate of compliance with CDC-recommended dose and duration guidelines among all Blue Cross Blue Shield plans nationally.

Horizon’s successes are a result of the three-pronged, comprehensive approach that puts equal focus on education, prevention and treatment. We offer those same tools to help your business better engage and assist your employees and can assist you establish employer-sponsored programs that encourage and reward employee participation. There are management, legal and HR best practices to help you be both compassionate and appropriate. Horizon is prepared help guide you to them.

Addiction is an illness and the opioid crisis is a public health emergency. I can’t think of a better way to practice good corporate citizenship than by taking a leadership role in responding – all of us – to this public health crisis.