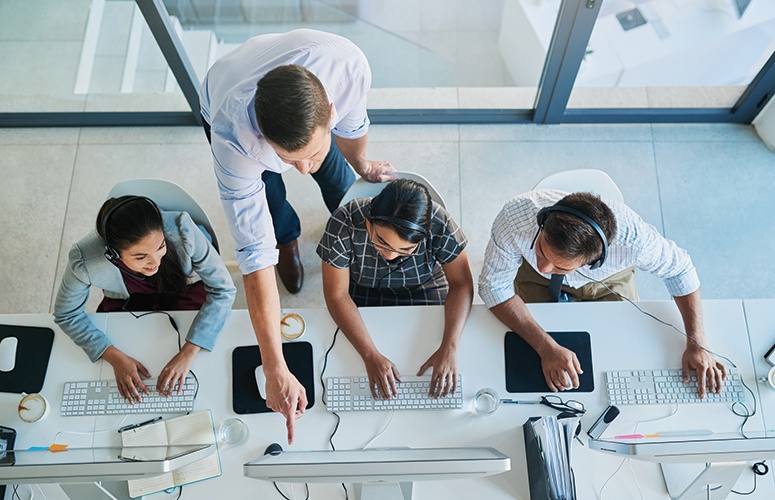 Why the synthesis of key factors helps form one of the nation’s top workforces.

The advertising and marketing sphere’s “Rule of Seven” has long asserted that prospective customers only need to see a message seven times to remember it. In this vein, New Jersey residents typically have, over the years, read (and/or “experienced”) their high property tax bills many, many times, while businesses have also likely “seen,” for example, the state’s regulatory environment numerous times. Yet, perceptions and actual experiences may cloak positive realities: New Jersey’s proximity to Manhattan’s cultural life and financial markets; the Garden State’s world-class logistics/distribution system, including ports and airports; a high quality of life for residents within the state, featuring a near endless array of dining and other entertainment options; some of the highest-quality K-12 school systems in the nation; top universities – and one of the nation’s most highly educated workforces.

The latter point reveals that 48 percent of the state’s population holds an associate’s degree or higher, while the national average sits at just 42 percent. New Jersey additionally has the highest concentration of scientists and engineers per square mile in the United States. Princeton University is among the world’s finest schools, and it is just one example that may disabuse the reader of what might be considered numerous, ongoing and unfair “Jersey” stereotypes, perpetuated at times via popular culture and/or perhaps propelled by “convinced” Garden State residents themselves.

In the higher education realm, Zakiya Smith Ellis, EdD, New Jersey’s secretary of higher education, tells New Jersey Business, “There are few other states where you can find as highly an educated workforce as you would in New Jersey. That comes from a great K-12 system, but also wonderful colleges and universities that produce people who end up being the future scientists, researchers, doctors and lawyers – and all number of other [professionals in] fields we have in the state.” New Jersey indeed has 66 higher education institutions, ranging from public research institutions and state colleges and universities, to private non-profits and private for-profits, county colleges, and religious schools such as seminaries, etc.

It is not simply access to educated employees that is appealing for businesses: Higher education institutions have been partnering/collaborating with healthcare institutions and/or businesses at what might be described as a staggering rate. These ecosystems – whether they involve Hackensack Meridian Health, Princeton University, Rowan University, Rutgers University, or the New Jersey Institute of Technology, for example – are catering to companies’ and/or others’ needs. Largely gone are the days when universities operated in silos conducting research which was then presented to the business community; they now increasingly solve real-time problems that the high-tech, life sciences or broader business communities may have. Yes, areas of Massachusetts and New York have more robust ecosystems, but an examination of the broader 48 states will make New Jersey appear especially bright.

Also, as Smith Ellis states, “In addition to being highly educated, we’re also very diverse. So, you have a diverse group of people with an education, which I think is a win-win.” New Jersey’s workers have origins from nearly every imaginable country in the world, often with deep knowledge of those locales’ customs, cultures and etiquette. This has practical meaning for New Jersey companies that wish to interact with the global marketplace in some way: Employees can be hired, right here, who actually know how to deploy an “India business strategy” or “China business strategy” (for example) because they were raised or lived there and retain mastery of the customs and business culture. This is, at times, dependent upon how long the person has been away from his or her country of origin. Some older diaspora communities around the world may showcase the trends a country “once had,” as opposed to current trends. For example, a hypothetical group of American expatriates that has lived continuously in Europe since the 1980s may reflect trends and ideas that are no longer cutting-edge in the United States. New Jersey arguably has both sets of immigrants (old and new), in abundance, and individuals in both groups potentially may be experts at grasping the psyches of customers either abroad or stateside, depending on their experience (crucial for sales and marketing).

Many other states in our nation lack this astounding human capital. If one is merely tangentially aware of globalization and its effects, he or she knows that – at the very least – overseas suppliers may be critical for New Jersey companies’ key tasks. Few business owners have either the time or the ability to effectively research unfamiliar overseas destinations.

Robert Asaro-Angelo, commissioner of the New Jersey Department of Labor and Workforce Development, tells New Jersey Business, “Everything we are doing in this department is trying to focus our workforce system on training workers for the needs that employers need, right now: workers’ skills and the needs of employers.” The department has many tools for achieving this, including its Talent Networks and Talent Development Centers (launched in 2011) that, in effect, combine experts from industry with those from academia to ensure New Jersey colleges’ and universities’ curricula are aligned with the realities of the state’s key sectors and industries.

Governor Philip D. Murphy, of course, was previously ambassador to Germany, the fourth largest economy in the world, and home to a renowned “apprenticeship model.” What might be described as iterations of the German apprenticeship paradigm have come to New Jersey. The state says, “By combining on-the-job learning with related classroom instruction, an apprentice’s skill level – and their benefit to the employer – increases. Since apprenticeship is a flexible model, programs can be customized to meet the needs of nearly every type of business and can be integrated into existing training and human resource development practices. There is almost no industry sector that cannot benefit from an apprentice program.”

Commissioner Asaro-Angelo says, “I think [the job market] is not like it was four, five – or six – years ago, where a job is all that mattered to people. Now, people want to have a career track; they want to have dignity in the workplace; they want to have good pay; [and] good benefits. An apprenticeship is a good way to show employees – or potential employees – that you have their best interests in mind; that you are going to provide this pathway for them. And [you] save yourself all the turnover and recruitment costs that come in the workplace.”

When many people focus on a “highly educated workforce,” they tend to think of the STEM (science, technology, engineering and mathematics) disciplines in a “knowledge worker” economy that is, again, increasingly interconnected on a global level. Yet, also critical are unions such as the International Brotherhood of Electrical Workers Local 102 (IBEW Local 102), which ensures that experts perform work across a range of projects. Local 102 offers 800 hours of in-classroom training, at a minimum, in addition to a minimum of 8,000 hours of on-the-job training via a five-year program. It has a 16,000-square-foot training facility in Parsippany.

Bernard Corrigan, president of IBEW Local 102, and training director of the Joint Apprenticeship Training Committee, tells New Jersey Business, “The old saying in the field is: You become a journeyman after five years; you become a true mechanic in 10 years. There is always a constant learning; we have a continuing education element to our program.”

New Jersey is continuously improving its workforce and higher education ecosystem in ways that arguably are antithetical to a popular notion that the state is fading. There are, in fact, severe challenges in our locale, but between the efforts of the state, businesses and private institutions – along with the global realities that drive talented people here – the future is perhaps a great deal brighter than many New Jerseyans have, again, seen or experienced “at least seven times.”