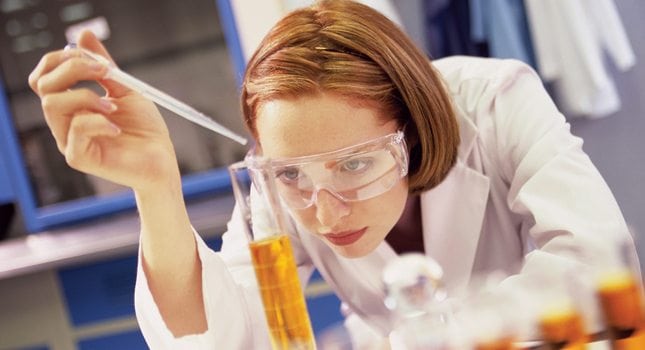 New Jersey’s chemical industry, which is undergoing a renaissance, employs 50,000 workers directly and more than 73,000 indirectly.

Changes in other industries bodes well for chemical manufacturers.

Some contributions of the chemical industry to the New Jersey economy can be seen in a few impressive numbers. It employs 50,000 workers directly and more than 73,000 jobs indirectly. The industry pays $1.1 billion in federal, state and local taxes. It is also New Jersey’s largest exporter, accounting for 23.3 percent of the state’s export total.

Still, according to Brian Maurer, chairman of the 120-member Chemistry Council of New Jersey (CCNJ), the chemical industry’s overall importance to the state’s economy can only really be gauged in the way it helps animate other important sectors. More than 96 percent of all manufactured goods are directly touched by the business of chemistry, he notes. And the Council’s own 70 chemical manufacturers, including companies such as Dow Chemical, BASF and DuPont, have very close and ongoing links with companies in fields such as pharmaceuticals, agriculture and energy – links that significantly aid in their business growth, and with their product and systems innovations.

Maurer cites an example of how this critical linkage works when it comes to developing a new drug. While the discovery is done by a pharmaceutical company, he notes, the scaling up requires chemical engineering. Controlled release of the right amount of the active ingredient in the drug is then based on chemicals.

“Innovation is always a team sport,” he says. “Chemical companies always work in close partnership with companies in other industries on their products.” And from an innovation perspective in New Jersey, he adds, “we’re in the backyard of many of our prime customers. … For innovation in the life sciences [for example], you can’t find a better place to locate.”

Water purification is one major area where innovations built around chemicals has always been important and continues to happen today. Agriculture is another area. There’s a new era of biotechnology today producing higher yields per acre with less fertilizer, pesticides and herbicides, Maurer says. Better seeds play a big part here and “chemicals protect and preserve these [better] seeds.” All the big chemical companies are active in this field.

The fracking revolution that is now going on in this part of the country has huge importance for the chemical industry in a number of ways. Chemicals are used in this gas extraction process and more naturally-based products are now being developed to do the job. Even beyond this, however, “fracking is a real game changer for our own industry,” Maurer says. “It’s a two-for-one special.”

The reasons? Fracking not only lowers the cost of energy used by the chemical industry, the liquid waste products from this mode of natural gas extraction are feedstock for the industry. “A few years ago, many companies were looking abroad for places to get lower energy costs and easy access to this feedstock,” he says, but they need no longer do so.

Changes such as this are producing what Maurer calls “a chemical renaissance” in New Jersey. But several challenges here are also in evidence. He cites two in particular:

The first is the unusual amount of compliance work required of chemical companies: What has to be done for the state, in many instances, merely replicates what’s done for the federal government. “It’s not the cost that’s such a big factor here,” he says, “but the delays for starting up at plants. We have to make sure that this doesn’t penalize a company and keep it from staying in New Jersey and attracting new plants here.

“The other major problem,” he continues, “is education. We’re not getting enough graduates with degrees in chemistry and math.” He does say the new $100-million chemistry lab at Rutgers is one way that his industry is working more closely with academia to ensure the chemical renaissance in the state will continue.