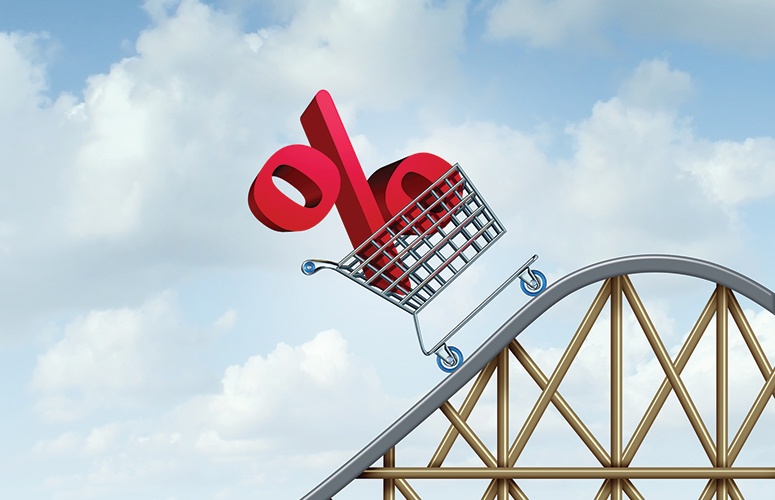 Getting income from your portfolio in a rising interest rate environment.

At press time, the Bloomberg Barclays US Aggregate Bond Index (“the Agg”), the most popular bond index, is down roughly 1 percent year to date. A small loss isn’t a disaster, but it is a disappointment from what is normally considered the low risk, rock-solid, part of a portfolio. Some investors have a hard time understanding how a bond can lose money if the company doesn’t default (i.e., not pay what is promised) on its debt. The simple answer is most bonds fall in price when interest rates go up. And that’s what happened with the Agg so far in 2018 and may happen going forward until the next recession.

Before we discuss some income-oriented strategies in a rising interest rate environment, here’s a quick primer on bonds. “Plain vanilla” bonds pay fixed interest payments over their lives, or what is usually called coupons. Unless the company defaults on its debt, investors receive these coupons. The second part of a bond’s return comes from its change in price, or what is known as a capital gain or loss. When interest rates rise, plain vanilla bonds usually suffer capital losses. So far in 2018, the capital losses for the Agg have outweighed its coupon income, hence the net loss. Interest rates usually rise due to central bank policy or attractive expected growth in the economy. They can also rise when investors become more cautious about the ability of a borrower to pay its debts, or what is known as a credit spread. Bonds are also usually put into one of two buckets based on their likelihood to pay: investment grade and high yield or junk.

Okay, so what kind of investments might hold up in a rising rate environment? No guarantees of course, but there are floating rate bonds. As the name suggests, the interest payments for these bonds increase when short-term rates, such as LIBOR or the federal funds rate, go up. There are also inflation-linked bonds. They are similar to floating rate bonds, but the coupon payments are specifically tied to an inflation measure, such as the Consumer Price Index.

Stocks have more risk than bonds, but many pay dividends. Unlike a coupon payment, dividends often increase over time, somewhat in line with a company’s profit growth. Many high-quality companies pay a dividend in the 3 percent to 6 percent range annually, a number which exceeds the yields on most investment grade bonds.

In short, the odds are tilted towards a continued rise in interest rates until the next recession. An overreliance on plain vanilla bonds may be risky, despite the overall success of this strategy since the early 1980s. Investors should consider getting income from a diverse range of sources, including floating rate bonds, inflation-linked bonds, stock dividends, and plain vanilla bonds, preferably of the short-term variety.

About the Author: John Longo is a professor of finance at Rutgers Business School – Newark and New Brunswick, and chief investment officer of Beacon Trust, a Morristown based wealth manager.

What All Investors Can Learn From Warren Buffett