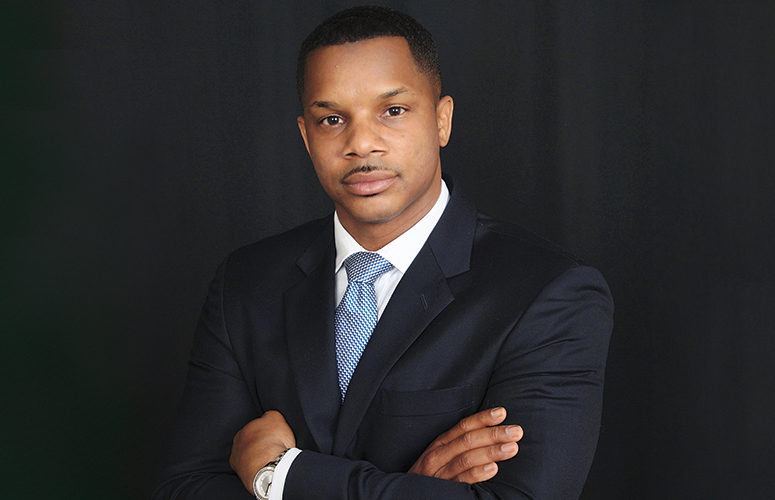 Bernel Hall is Leading the Charge to Invest in Newark

Having an international airport, cross-continental train station, international seaport, five major highways and 55,000 students and teachers attending high level educational institutions – and having all of it within a 30-minute drive of each other – is a rare conglomerate of intrinsic value for any city in the country.

Yet for New Jersey’s largest city, Newark, these assets are a reality.

However, these assets on their own aren’t enough for Newark to realize its ultimate vision of growing in an equitable and inclusive way where all of the city’s wards take part in its ongoing renaissance.

“We want people to invest in themselves, their business, their neighborhood, and invest in Newark,” Bernel Hall, president and CEO of Invest Newark, says.

“We are looking to open up,” Hall says, adding that getting the word out about Newark’s assets is important, but equally so is letting people from outside the city know that they are welcome to come.

“On the portal, you will see where anchor institutions, both local and abroad, can put contracts in one central location allowing local businesses to download said contracts,” Hall says. “On the other end of that, we have created a business directory, which allows local businesses to create a free digital footprint so that they can advertise themselves without incurring the big costs of advertising.”

Additionally, Newark’s land banks are also attracting investment, both from within and outside of the city.

“We are taking public properties that are underutilized and aggregating them and deciding how to use the market to best position the properties to make a commercial and community impact on the city, and to generate taxes and attract investors,” Hall explains.

Invest Newark also sponsors Newark Fiber, which offers low-cost, high-speed internet access to all parts of the city, including public-housing and public schools, in an attempt to bridge its digital divide.

“Every time we have done an initiative, we have done it in lockstep with the corporate community and the city community with [Invest Newark] being the conduit,” Hall says.

“Newark can no longer be seen as insulated,” he continues. “We are trying to shed that image both in branding and in practice. We are trying to take the best of everywhere else, put it in a pot, and – from a public-private angle – delineate what is best for the city of Newark.”