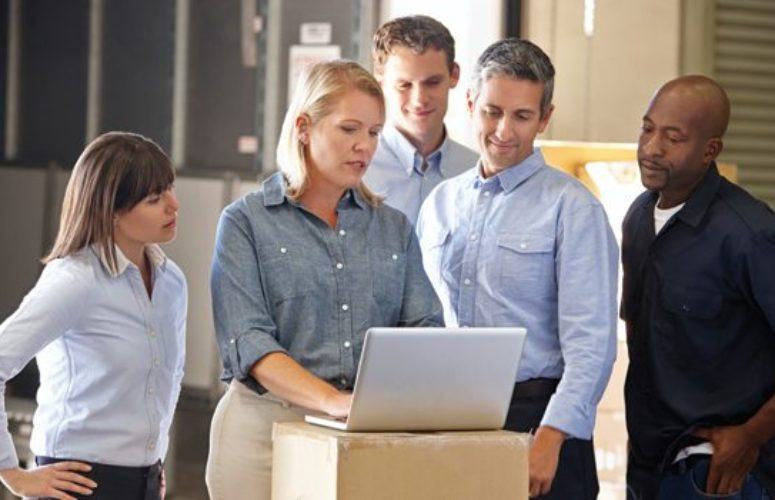 Growth is becoming the modus operandi for small companies.

Small- to mid-sized businesses in the New Jersey market have different experiences concerning the economic resurgence. As James Hughes, economist and Dean of the Bloustein School of Planning and Public Policy at Rutgers University, puts it, “More small business owners probably believe in flying saucers than that the recovery is five years old. I think the recovery has picked up, but I think many small businesses still feel the after-effects of the recession.”

Bankers active in New Jersey are paying close attention to the health of small- to mid-sized businesses too, but they are noticing a shift in the character of business activities, which they interpret as a sign of greater financial strength and a growing need for the lending arm of banking might.

“We’re seeing small business customers finally making acquisitions; they’re buying more equipment, putting more capital into their companies,” says Ronald Schwarz, executive vice president and chief retail officer of Lakeland Bank, a $3.3-billion northern New Jersey institution. The shift into growth mode is a departure from the very recent past, when businesses were striving simply to stabilize their businesses and batten down against market forces they feared would tip the boat. “They were risk averse, not looking for extended credit because they were concerned about the economy. Now, they’re investing a lot more, which is a good thing,” Schwarz says.

Bankers say the growing confidence of business borrowers has, in many cases, led to the dusting off of expansion plans that were tabled during the recession, while new opportunities of the past several years have encouraged others to expand as well. “We’re still in a modest recovery period,” says Jim Vaccaro, president and CEO of Manasquan Savings Bank, which has eight shore community branches. “We would consider it to be fairly fragile. Some are doing extremely well. You need to look at it not as a one-size-fits-all.” The good news is that the economic expansion is expected to continue, bankers say.

Commercial real estate and medical are two of the most robust sectors in New Jersey today. Medical providers are expected to lead the way for some time, as bigger operations spur a need for equipment and facilities, and the Affordable Care Act brings tens of millions more into the insured care system. Not only that, but pending regulation on Medicare code changes will require even more spending by medical practitioners.

A change in medical code references (ICD-10) for Medicare reimbursement is anticipated in October of 2015, and while the cost of conversion is expected to be substantial for medical practices, delays in receivables are also likely. “That’s creating an opportunity for us,” says Eleni Monios, administrative vice president and market manager of M&T Bank, a multi-state institution that is increasingly active in New Jersey. “We want to provide some capital to bridge this scenario,” Monios says. Indeed, the American Medical Association has predicted that the costs of implementing the ICD-10 changes, as estimated by the AMA, range from $56,639 for a small medical practice to more than $2 million for large ones, and include software, staff training, and interruptions in productivity.

Franchising is another area that is booming, notes Stephen Guidette, senior vice president and director of business banking for Provident Bank, which is active from central to northern New Jersey. The surge in franchising was partly an outgrowth of the recession, as displaced workers put their faith in well-established business concepts, from fast food to preschool programs, and Provident has been very active in that lending market. “You saw a lot of people in upper mid-level management who got downsized,” Guidette says. “A lot of these people took a little from their nest egg and went into the franchise mode.”

But Guidette and other bankers say borrowing activity is much stronger now across all small- to mid-sized business sectors, and banks are doing business wherever the market takes them. “We’ve got everything from construction to manufacturing to healthcare,” Guidette says. “It’s hard to find an industry that we’re not touching with our portfolio.”

If businesses are truly expanding again, then bankers’ loan portfolios must be rising too, and in New Jersey, a state that has yet to produce an exciting job rebound, loan production is definitely on the rise. In 2009, Manasquan Savings had a commercial real estate and traditional business lending portfolio of $88 million. By this year, that amount had swelled to just shy of $300 million, Vaccaro says. The growth on the business lending side has been so robust that it is set to eclipse the bank’s mortgage lending operation, which has traditionally been the mainstay at Manasquan Savings.

“We actually think it’s going to be the engine of growth for our company,” Vaccaro says. “We’re not going to shift out of mortgage lending, but we are going to complement that with a very active business lending practice.”

Similarly, for M&T Bank, which opened its first branch in the New Jersey market in 2007, business lending activities have ramped up at a fast pace, enabling the institution to open additional branches in Metropark, Princeton and Cherry Hill, up from the original location in Saddlebrook. Monios says the bank’s activity last year “far exceeded” its expectations for the Jersey market.

“In 2013, our expansion in the small business lending sector produced about $70 million in loans, which was probably the most prolific year since we’ve been here,” she says. M&T is also active in the medical sector and franchising, but, like other banks, it also wants to expand lending to professional services groups such as “attorneys, accountants and engineers.”

While some banks were accused of not supporting the business community during the recession years, several bankers volunteered that they never stopped lending during the economic crisis. Provident Bank, with its roughly 80 branches stretched across the northern half of the state, has a small-to-medium business loan portfolio of $750 million, way up from $150 million seven years ago, Guidette says.

There is no question that bankers are much more aggressive about business lending as the economy picks up speed. “Now we’re seeing five or six banks per deal. During the slow time – we were one of the banks that never stopped lending – we were seeing two or three banks per deal,” Guidette says. “It’s a good time to be a client. If you’ve got a client with a stable balance sheet, they’re in a very healthy position.”

To accommodate the demand for more capital and to encourage more entrepreneurship, bankers have modified their loan programs to improve their response to small business owners’ needs, and they have sought to enlarge the pipeline of government-backed SBA loans, the life blood of start-up businesses, of which there are an increasing number in New Jersey.

Lakeland Bank is one of several  financial institutes interviewed for this article that have sequestered approval operations for smaller-category business loans, reducing the emphasis on how well-established the applicant may be. “Borrowers with commercial lending needs under $250,000 are now handled under different areas, so that we can be much faster in responding to their needs,” Schwarz says. “We can turn a small business loan around now, depending on its complexity, in a couple of days.”

Wells Fargo, the nation’s largest bank by market cap, is in the midst of a campaign to extend $100 billion in loans to small businesses through 2018, across the bank’s national footprint but also in New Jersey. “We’re seeing increased demand, increased confidence levels and what I would call a very positive environment for business owners. We see ourselves playing a very significant role in helping those owners take on those opportunities,” says Fred Bertoldo, regional president/Northern New Jersey for Wells Fargo.

Loan processing and increased capital are among the traditional tools of response to business needs, but the technology revolution, which continues to evolve, is making new forms of banking standard across the industry. Bankers described such innovations as remote deposit, remote access and mobile apps as allowing customers greater flexibility while giving the banks greater geographic range, well beyond the boundaries of traditional branches.

M&T has rolled out a product it calls “The Mobile.” As Monios explains, “If I were a plumber, I can attach the device on my phone, which will allow my business to accept a credit card and have immediate payment.”

With more and more electronic services now available, banks are working to bundle offerings. “Wells Fargo Works for Small Business” is an online platform rolled out this spring that allows start-up businesses, in particular, to find what they need all in one place. “It allows customers to go in and source information and gain insight to some questions that they have, starting them off in terms of developmental stages as well as helping them grow. It’s more or less a self-service site,” Bertoldo says. M&T has its own version called “Banking Built for Business,” which Monios says can provide savings as well as efficiency.

As much as technology appears to be the dominant force in banking and other forms of business these days, New Jersey bankers say that for scoring repeat business and referrals, relationships are key. Guidette says Provident has many second- and third-generation family-owned businesses among its longstanding customers. “Our biggest source of new clients comes from our customer base, their friends in the business. It’s all about relationships,” he says. “We won’t do just one transaction, we want to expand it. Every single customer has my cell phone number, and they do take advantage of it … you have to separate yourself in this market. You have to give them access to the decision makers.”

While bankers describe the current market rebound as fragile, they were cautiously optimistic about the post-election climate and what would happen in 2015. Joseph Rosenberg, a CPA and business instructor at Passaic County Community College who has been on the front lines working with businesses to obtain working capital, says he is encouraged by the outreach he has seen from bankers and thinks businesses can use this as a springboard to greater income. “If this is a window of opportunity where businesses are starting to do better and banks are willing to lend, they should take advantage of that opportunity,” says the CPA. “By the same token, if things begin to turn, they should do whatever is necessary to maintain that relationship with the lenders.”