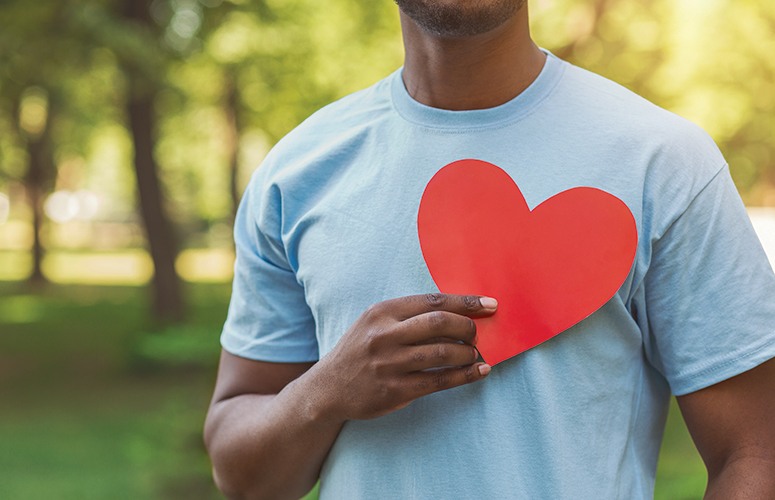 There may be an “old school” mindset that suggests men should simply tough out illnesses, but the realities of healthcare say otherwise. Local hospitals combine prevention with the latest available treatments to address diseases and conditions that frequently occur in the male population. Educating patients on lifestyle changes and applying newer, less invasive techniques lead the way among these remedies. As the national debate about growing healthcare costs continues, physicians in New Jersey are trying to work with men to guide them to the best care options.

Age, dietary choices, and physical activity levels play significant factors in everyone’s health, yet there are certain illnesses that tend to occur at a higher rate among men. This can especially be seen with heart disease, which is the leading cause of mortality in the country, says Samuel Suede, chief of cardiology at Englewood Health. “Heart disease strikes men 10 years earlier than it does women,” he says. “It’s projected that by the year 2030, 31 percent of all deaths in this country will be due to heart disease.”

Though there have been reductions in morbidity and mortality from congestive heart failure and acute heart attacks, Suede says incidents of heart disease remain high as people live longer. They may contract heart disease at a later age or they experience it at a younger age and then continue to live longer with it, he says.

Common risk factors for heart disease include being over 45, male, leading a sedentary lifestyle, obesity, tobacco use, hypertension, stress, diabetes and high cholesterol, Suede says. Family history also introduces risk factors, but studies show that adopting a healthier lifestyle can reduce that inherited concern. “Just by doing that, you can cut your genetic risk in half,” Suede says.

Mazyar Ghanaat, program director of urologic oncology at Englewood Health, echoes the significance that lifestyle changes can have on health for men. “There’s some data that shows western diet, which is high in red meat, possibly leads to higher incidents of prostate cancer,” he says. Suede and Ghanaat mutually encourage patients to shift to a Mediterranean diet, which includes olive oil, fruits, vegetables, fish, and reduced consumption of other types of meat.

A change in diet, along with improved physical activity, can affect other aspects of men’s health. The prevalence of obesity, which has reached epidemic levels in the United States, is a significant concern for men, Ghanaat says. “Obesity is a risk factor for different types of cancers in men and women,” he says. “In men, it could be linked to low testosterone and erectile dysfunction as well.” Smoking combined with obesity pose notable threats to organs, but Ghanaat says counselling patients to change their habits can help abate such health issues.

Maladies related to the prostate are fairly common for men, he says, and treatment options continue to evolve. “Prostate cancer is the most commonly diagnosed type of cancer in US men,” Ghanaat says. He explains that men over 50 tend to receive treatment for such issues as: erectile dysfunction; enlarged prostate, also known as benign prostatic hyperplasia (BPH); and prostatitis, which is an infection and inflammation of the prostate.

Patient education is a step towards improving outcomes, Ghanaat says, particularly when it comes to getting men who initially experience issues to seek medical assistance. “There are a lot of men who wait and don’t see a doctor until their symptoms get much worse,” he says.

Some of the hesitation to seek medical attention may come from concerns about how intrusive treatment may be. Ghanaat says there have been improvements to screening as well as certain care options. For example, a fusion biopsy, which combines ultrasound with an MRI, can give physicians an enhanced view of the prostate and better help plan surgery to treat prostate cancer, he says.

Robotic surgery, a form of minimally invasive treatment, is also well established in urology, Ghanaat says, especially for prostate operations. “That’s something we’ve had for 10 to 15 years and helps speed up recovery from prostate cancer surgery,” he says. There are also medications available now to treat benign enlargement of the prostate to avoid surgery. “We have a lot more options now to help men,” Ghanaat says.

Those options could include focal therapy for the prostate, he says, a less intrusive approach that is being studied. “Instead of treating the whole prostate for prostate cancer,” Ghanaat says, “there is technology available now where you can treat the focal lesion where the cancer is and potentially minimize side effects.” He says it may take a few more years of collecting data on focal therapy for prostate cancer to prove its efficacy.

Educating men to take action on warning signs that might otherwise be dismissed is a significant part of the care equation, says David Shin, chief of the Center for Sexual Health and Fertility in the department of urology at Hackensack University Medical Center. Conditions such as erectile dysfunction may initially be seen as a quality of life matter, but it could also be the sign of something else. “Maybe it is a blood flow issue,” he says.

Shin treats such men’s health issues as hypogonadism, which is essentially low testosterone. “Guys with that condition come in because they have decreased energy levels, decreased libido, and sometimes some sexual dysfunction,” he says.

Speaking up about early warning signs gives doctors a chance to explore different treatments that could be applied. For example, addressing the patient’s weight through diet and exercise can lead to some improvements with aggressive action, Shin says. “Fat cells zap testosterone. It converts testosterone to estrogen,” he says. “By eliminating those fat cells you are going to increase your own natural testosterone levels.”

Some patients may have a more difficult time seeing results through lifestyle changes alone, so Shin might prescribe a gel therapy, which is the topical application of testosterone. Treatment might also turn to testosterone injections or testosterone pellets that are inserted beneath the skin in the fat layer of the buttocks, he says. There are also nasal sprays and a new subcutaneous injector used to deliver testosterone. Shin says Hackensack University Medical Center also offers a long-term testosterone injection that is performed on the patient about every 10 weeks.

There is a new product on this front, Xyosted, which Shin says is a subcutaneous auto injector for testosterone that may be prescribed if diet and exercise are not generating results.

Therapy options were limited in the past, he says, but this is changing as increased attention and openness about men’s health has led to newer treatments. “Guys are not so prideful about going to the doctor,” Shin says. There is a greater interest in taking proactive steps towards health.

There are still some challenges with individual perception of men’s health matters and when to speak up, says Keith Christiansen, chairman of the department of urology at St. Joseph’s Health. “Their issues tend to be of a sensitive and personal nature, but within that you see a fair amount of cancer,” he says.

Christiansen says he treats men with kidney, prostate and bladder issues and part of his role is to educate men on the risks and benefits of screening as well as offer them potential treatments. Figuring out the right type of treatment as soon as possible can make the difference with a health problem such as prostate cancer. “With the advent of prostate-specific antigen (PSA) screening, we’ve been diagnosing more prostate cancer,” he says. “We’ve been treating more prostate cancer, but we haven’t been necessarily saving more lives.”

That disparity, he says, had to do with early PSA screenings where there may have been many diagnoses of prostate cancer, but some cases were not actually aggressive. Those diagnoses may have led to overtreatment and then patients dealing with side effects of surgery or radiation. Newer guidelines and protocols have come out, Christiansen says, for improved screenings and treatments that better matches the illness.

He is concerned that the pendulum has swung too far in the direction where some men are not being screened for prostate cancer at a time when they should be. The American Cancer Society estimates that in 2019 there will be 174,650 new cases of prostate cancer in the US and about 31,620 deaths from the illness. Better explaining the risks and benefits of screenings to men, he says, can help doctors and patients have educated conversations on the issue. “What we’re trying to do is find markers to identify those men who will be affected by the cancer,” he says.

Hospitals Guide the Journey from Primary Care to Specialist Treatment