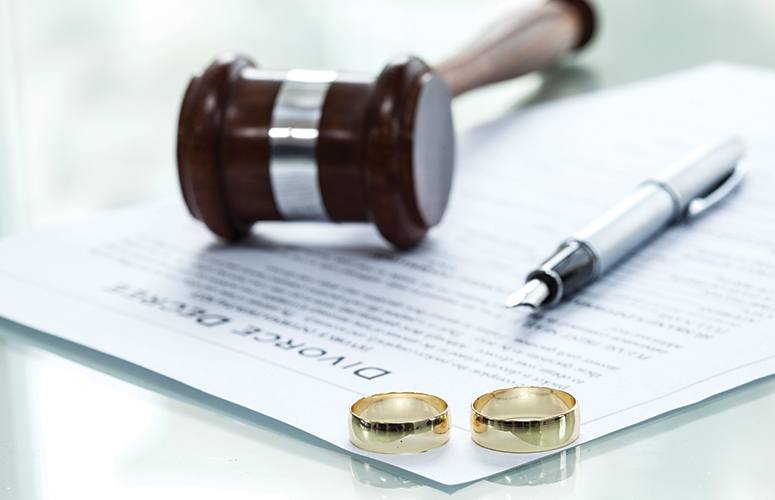 Recent legislation and the elimination of the alimony deduction from the federal tax code starting in 2019 are reshaping the way couples and their attorneys approach divorce. Legislation over the past several years is giving New Jersey couples and attorneys alternative approaches to litigation that can – but don’t always – reduce the time and expense of dissolving a marriage.

New Jersey had the second lowest divorce rate in the nation in 2016, with 12.4 divorces per 1,000 married women. Only Massachusetts had a lower rate as the national trend of divorce continues to decline. Nationally, the 2016 average of 16.7 divorces per 1,000 women was the lowest in 40 years, according to the National Center for Family and Marriage Research at Bowling Green State University in Ohio.

“I am seeing a trend of more people going to mediation, arbitration and collaboration,” Jessica Mazur, a Red Bank attorney who heads the family law department of Hoagland, Longo, Moran, Dunst & Doukas, says. Mazur recently finished a trial that took 13 days over the course of two years. “You can imagine the time these people had to take off from work and the additional expenses they incurred.” While that is an extreme example (most divorces are settled), Mazur notes another recent client used arbitration, negotiating over three to four months followed by a decision from the arbitrator in 45 days.

The difference between mediation and arbitration is that a mediator, usually an attorney, acts as a facilitator, helping the couple reach agreement in the terms of their divorce. “Arbitration is a private trial. The arbitrator doesn’t help them reach an agreement, but acts as judge and renders a decision,” Mazur says.

In 2014, New Jersey became the ninth state in the nation to legitimize the practice of collaborative divorce by passing the New Jersey Family Collaborative Law Act. Legislators touted the approach as timely and less expensive because a couple agrees not to litigate, but to work through issues with the help of their attorneys. Collaboration became the fourth official way to become divorced in New Jersey along with litigation, mediation and arbitration.

“The nice thing is the parties agree to mediate their own divorce. The lawyers cannot bring further litigation. They can hire any professionals they need, such as accountants and family counselors. But they (spouses) are driving the process,” Carl Soranno, who chairs the family law practice of Brach Eichler in Roseland, says. “The collaborative process can be very helpful, but if the spouses are not comfortable with it, mediation or arbitration is the way to go. Litigation should be the last resort. They burn a lot of money with litigation.”

“With business assets, it can be very expensive if you have to start again. It’s a good idea, but the problem is you’re stuck with the process. If you back out, you have to fire your attorneys, hire new ones and you have to start fresh. People usually don’t get along when they’re getting divorced, and business valuations can be very expensive,” Lynne Strober, who chairs the matrimonial and family law practice of Mandelbaum Salsburg in Roseland, says. She prefers to negotiate and bring in the experts if necessary.

In divorces where either or both spouses own a business, finding alternatives to litigation has advantages. “The more complicated the business, the greater the need to solve the issues through arbitration or mitigation,” Soranno says. “It’s more difficult if both spouses are owners of the business.” In one such case, Brach Eichler brought the business into the Chancery Division of Superior Court, where it was treated as a shareholder dispute. “In that case, we brought an order to show cause to make sure money in the business stayed where it was to ensure the business would continue to run. Then, it went to family court to determine the equitable interest.”

Soranno notes the backlog of cases in family court make it a bad venue for resolving business issues in a divorce through litigation, adding that it can take months and even years to get a trial. Alternative approaches, such as mitigation, enable a couple to hire experts to come up with the value of the business.

Divorce can be complicated if one or both spouses file for bankruptcy. Since bankruptcy is federal litigation, the state Superior Court is going to stay the divorce and take its lead from the bankruptcy court, which deals with the creditors.

“The family court cannot take any action until the bankruptcy is concluded,” Allen Scazafabo, a partner in Riker Danzig’s Family Law Practice in Morristown, notes. “But alimony, and particularly child support, are not affected by the bankruptcy. They are staying equitable distribution and there cannot be a final judgement of divorce (during bankruptcy). The court will enforce child support and that’s not going to be stayed.”

Scazafabo anticipates consulting accountants frequently and earlier in the divorce process next year because of the elimination of the alimony deduction.

“I see a multifaceted trend in the way in which we address the tax code. If the payer spouse is going to pay taxes on alimony payments, it’s going to impact the ability to pay alimony. What I predict is the more frequent use of accountants to run different alimony scenarios,” Scazafabo says. Divorce agreements struck before Dec. 31 of this year will be exempt and continue to get the alimony deduction. New Jersey continues to allow the alimony deduction from state income taxes.

“We used to have a rule of thumb (for determining alimony payments) and we’re going to have to come up with a new one,” Strober notes. “The fact that alimony is not deductible in federal taxes and is deductible in the state – that’s going to be a problem.”

The tax code change is going to have significant impact procedurally and the courts will have to revise guidelines, Jeralyn Lawrence, chair of the Matrimonial and Family Law Group at Norris McLaughlin & Marcus, in Bridgewater, predicts. “Child support is based on net income. It’s going to have an impact on how lawyers think about the alimony award. We used to think of alimony on a needs basis. It was a tool to get the payer to sign on to a deal.”

The elimination of the alimony deduction also may result in spouses wanting to revisit the amount paid when the paying spouse makes more money after the divorce.

“The fact that the payer makes substantially more years later really doesn’t make a difference because alimony is set to maintain the standard of living (at the time of the divorce),” Scazafabo says. “Now, with the tax situation, each time the payer makes more money, there would be more frequency in spouses going back to court to revisit that alimony position.”

Scazafabo has observed increased use of date preservation agreements, or cut-off agreements, cutting off the general equitable distribution period at what would be the date of a divorce complaint. Things acquired after the date of the complaint generally are not subject to equitable distribution. The date preservation agreement preserves that date without filing the actual divorce complaint with the court.

“A lot of lawyers now are agreeing to forego the filing of the complaint and go directly into negotiation, mediation or some other form of alternative dispute resolution,” he says. “They try to settle as if in state court, but without all the trimmings: pressures, deadlines, settlement conferences, and having to take time off from work to go for court appearances.”

Cohabitation and the Alimony Reform Act

The passage of the Alimony Reform Act of 2014 broadened the way courts look at cohabitation, declaring an ex-spouse no longer must to be living full-time in the same home as another person to be engaged in cohabitation. The State Legislature has defined this as a mutually supportive, intimate personal relationship in which a couple has undertaken duties and privileges that are commonly associated with marriage or civil union. However, proving cohabitation exists can be difficult.

“Courts are taking a broader view of what cohabitation is and they are focused on length and quality of the relationship,” Lawrence says. “But holistically, most people are realizing a stranger in a black robe is not the best determiner of their or their children’s fate. They are looking to settle out of court, often using arbitration, because of time and expense and the unpredictability of what a judge is going to do.”

Divorces may become more complex when one or both spouses own a business. But divorce should not require dissolution of a healthy business, even if the business was established during the marriage. If spouses own the business together, they may opt to continue to own it jointly post-divorce or one spouse will purchase the other’s actual or equitable interest.

“If title to the business lies with one spouse, the second spouse would be entitled to a share of the value of the business, but not literally the business or business assets,” Tracy Julian, who chairs Pashman Stein Walder Hayden’s Family Law Group in Hackensack, says.

“The business is typically both an asset subject to equitable distribution and a source of income to the parties. The goal is usually to preserve the business and ensure continued income as the parties’ incomes are relevant to related discussions concerning alimony and child support,” Julian says. “Generally, the parties work to keep the goose that lays the golden eggs healthy as a future income stream.”