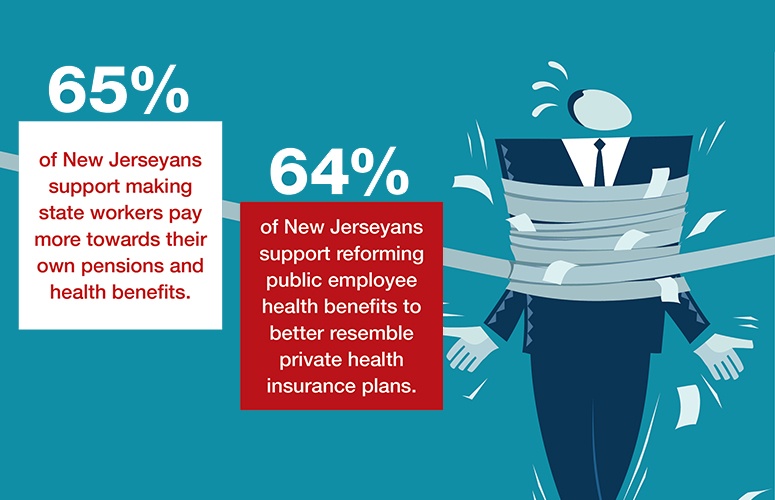 And the Surveys Says … We’re Taxed Out!

The results of a recent Rutgers-Eagleton poll finding that an overwhelming majority of New Jersey residents feel overtaxed doesn’t surprise me, but the apparent indifference in Trenton does.

Residents are clearly unhappy about what state government is doing – or rather not doing – to address New Jersey’s high taxes and cost of living. The Rutgers-Eagleton poll, done in conjunction with NJBIA, found 81% of residents are upset about how unaffordable the state has become and 82% believe they pay too much in taxes for the government services they receive.

New Jersey residents and businesses are already paying the region’s highest income, corporate, property, and sales taxes. Yet Gov. Phil Murphy has asked the Legislature to raise more taxes in FY 2020 on top of the $1.6 billion in new taxes that were enacted in FY 2019.

Specifically, the administration wants to expand the 10.75% marginal income tax rate to income over $1 million (instead of the current $5 million threshold) so that more people and businesses that flow income through their personal tax returns pay the state’s top tax rate.

This proposed change will further undermine New Jersey’s ability to attract new businesses and grow its economy. The top 10.75% income tax rate is well above New York state’s 8.82% rate and more than three times Pennsylvania’s 3.07% flat rate. A survey by the New Jersey Society of Certified Public Accountants found 75% of CPAs had advised some clients to relocate out of state, validating what I hear from more and more small business owners who say they’re ready to leave.

New Jersey residents are taxed out. The majority of those surveyed in the Rutgers-Eagleton poll said the taxes they pay are unfair, particularly property taxes (79%) and state income taxes (62%). Yet state officials continue to pursue more tax increases to compensate for unsustainable spending and ballooning state debt.

NJBIA’s analysis of audited revenues, expenses and debt for a 10-year period ending in 2017 found that state revenue increases (23%) were outstripped by spending increases (45%) while state debt rose 382%.

These structural imbalances undermine the state’s fiscal house. Instead of resorting to more tax increases to shore up this fiscal mess, state leaders must address the unsustainable spending that is causing it. By far the biggest driver is the state’s public pension and retiree benefits system, which, as of 2017, had a combined net pension liability and post-employment benefit obligation of $151.6 billion. NJBIA’s analysis of these audited reports found that paying off that obligation would cost every resident in the state $17,018 today.

In the Rutgers-Eagleton survey, 89% of respondents said they didn’t want their taxes raised in order to fully fund the pension system. Instead, 65% of residents said they would rather see state workers contribute more to their own pensions. Additionally, 64% said public employee benefits should more closely resemble private health insurance plans.

NJBIA agrees. Ten states already have adopted hybrid pension plans that combine elements of a traditional defined benefit and a defined contribution plan with an individual retirement savings account to which both employers and employees contribute. Shifting government workers from platinum-level health plans to gold-level plans comparable to what the best private-sector companies offer their employees would be another step in the right direction. However, more tax increases in a state where residents and businesses say they are at their breaking point, is the wrong way to go.

NJ CPAs Find the Economic Glass ‘Half Full,’ According to Capital One Bank Survey

Trenton-Based ‘TerraCycle’ Lauded as US Leader in Recycled Products & Services