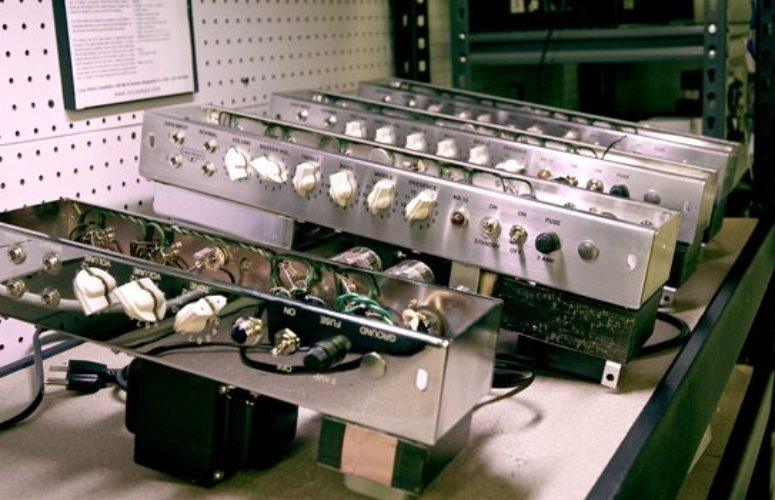 When Louis Rosano first began building guitar amplifiers in 1992, it was something he decided to pick up and learn on his own. Today, Rosano owns and operates Louis Electric Amplifiers, a Bergenfield-based boutique designer and manufacturer off hand-wired guitar amplifiers.

Rosano, who was mechanically inclined as a kid, repaired bicycles and eventually worked his way into to fixing cars. Additionally, his uncle was a TV repairman, so he was always around vacuum tubes, which are used in the amplifiers he builds.

“I always had a passion for fixing things and working on things,” Rosano says. “So one day in the mid-‘90s, being a musician myself, and after seeing and hearing from fellow musicians about how a particular amp built by another company did not sound too great, I decided to give it a shot and build my own. Now, here we are today.”

The prototype of Rosano’s first amplifier took “a few weeks” to build, and was quite a surreal experience when he initially “fired it up,” he says.

“When I started working on that first prototype, I had never really built anything like that before,” he says. “Flipping that switch and having it turn on and work for the first time was an amazing and incredible feeling.”

Today, Louis Electric has 15-plus amplifiers in its catalog, all of which are hand-built and hand-tuned by Rosano himself.

“Everything that comes from Louis Electric is done by me, from drilling the circuit boards, to the soldering, to the tuning,” he says. “That is something that is never going to change. They are still built like the amps that were built in the mid-‘50s to the early-‘60s, and still have that similar sound.”

Louis Electric’s amplifiers range in price from $1,895 to approximately $3,700 and have been used by artists such as Keith Richards, John Fogerty, Danny Gatton, Hubert Sumlin and Warren Haynes, to name a few musicians. Rosano says the best part of building quality hand-made amplifiers is receiving feedback and positive responses from every musician who plays one.

“When I started this company, I just wanted to work with different artists and get the amplifier in their hands to ask them what they thought,” he says. “I was running around different music clubs, dragging around the amp I built and getting feedback. I love hearing the responses from musicians, or when new dealers want to carry my line. It just keeps you going and it’s a driving force for me. I never thought I would get to this point.”

Currently, the company’s line of amps is in approximately 15 stores. Rosano’s goal is to add to that number and eventually build a line of more affordable amps, so “everyone can enjoy the quality sound.”

“I want to build the brand even more and take it to another level,” he concludes. “I am always focused on improvement, and for me, I couldn’t have asked for anything more in doing what I love to do and having the success I’ve had so far. Now, it’s about ‘building’ on that success even more.”

Warning to Remote Workers: Out of Sight Could Mean Out of Job