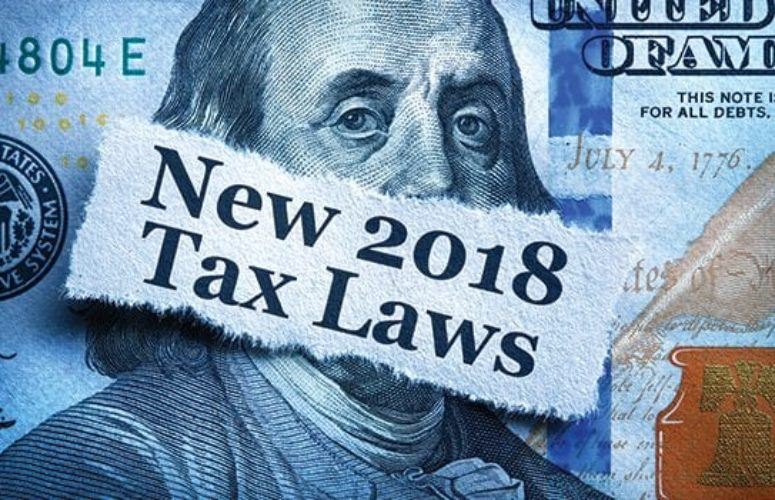 Accountants in New Jersey are exploring the sweeping changes of new federal tax reform, and questioning the effects of potential new state laws, the latter ranging from a possible “millionaires tax” and a proposed $15 minimum wage, to an increased sales tax, for example. Small business owners seem eager to know one thing: How all this will impact their families, employees and Garden State companies.

The answers are not as clear as one might assume.

Any person reading this article likely already knows that New Jersey is among the highest taxed states in the nation, with staggering real estate taxes, for instance. The state’s many taxes have led to an exodus of New Jersey residents to less expensive locales, with a stunning $24.9 billion of adjusted gross income lost via outmigration between 2004 and 2016, alone. New Jersey is No. 2 among the top 10 most “moved from” states in the nation, according to United Van Lines.

All this is notable when discussing the impact, first, of federal tax reform, which is the greatest tax code overhaul in decades, and touches upon everything from repatriation taxes and bonus depreciation rules, to impacts on S Corporations, for example. On many people’s minds is the fact that while New Jersey residents were previously allowed to deduct their New Jersey property taxes of up to $15,000 on their federal tax return, the new federal law (the Tax Cuts and Jobs Act) lowered it to just $10,000 of state, local, real estate taxes, deductible on Schedule A. This, of course, means that those Garden State residents who have more than $10,000 in property taxes may now have an increased federal tax bill; a scenario which would not be a factor in lower-cost property tax states.

At the same time, United States residents do, in fact, receive a much larger standard deduction at the federal level than they previously did, and, also, the exemption for the Alternative Minimum Tax (AMT) has been expanded to $1 million. While far fewer people, therefore, will be affected by the AMT due to its threshold increase, many of the various exemptions which triggered the AMT in the first place (such as income taxes, real estate taxes and itemized deductions subject to a 2 percent floor) are no longer deductible. In what might be described as a paradox, AMT becomes a moot point for many people.

In broad terms, Timothy H. Brennan, CPA, MST, tax manager at Bederson LLP, says, “We understand that people are overly concerned with their real estate deduction being limited, in addition to their income tax, which people in high tax states such as New Jersey, New York, Connecticut, California, Maryland and Massachusetts are all up in arms about. Almost every one of them is certainly way over $10,000, and they are losing pretty much that whole deduction. That has a lot of people concerned.

“But, in exchange, [the federal tax reform] has reduced the overall tax rates; they have broadened the brackets substantially. In some cases, we run a little projection for our clients after we complete their tax returns. In most [cases], people will come out a little further ahead, even without those deductions.

“But, one size doesn’t fit all. You have got to look at everybody individually.”

Phillip Goldstein, CPA, managing member at Goldstein Lieberman & Company, LLC, says, “Certain people are going to get back some money [with federal tax reform]. But, I think people in the upper middle class who are in New York and New Jersey – and we do business in all 50 states – they are going to be hit to a certain extent, because of the fact that they typically have real estate taxes that are in excess of $20,000, let alone the $10,000; they have state income taxes that are in excess of $20,000 or $30,000. When you add those together, they may be losing $50,000 or $100,000 in deductions, and they are getting back $10,000. Yes, the tax rate went down, but, at the end of the day, you are losing so many deductions that it doesn’t make a difference.”

Henry Rinder, CPA, member of the firm, Smolin Lupin & Co., expands upon the topic, saying, “You have to say to yourself that that will reduce the numbers of people on the demand side of the supply/demand curve [in the real estate market]. It just disqualifies a certain number of buyers from the marketplace. In New Jersey, housing is rather expensive; New Jersey real estate taxes are rather high; the New Jersey income tax is rather high. If you combine these three different elements, there will be people who are in a marginal cash flow situation, and they will not be able to buy homes at certain price points. And that will reduce the supply of buyers, and, therefore, will reduce demand for housing.”

Among myriad other changes, the federal government also strove to reduce the corporate tax rate to make it more attractive for companies to conduct business domestically; the tax rate was reduced to 21 percent for large corporations. In the same vein, for the Qualified Business Income (QBI) deduction for pass through entities, a new 20 percent reduction is intended to equalize the rate that these pass through entities pay when compared to the new, revised corporate tax rate.

That said, just one concern is that the QBI does not include the provision of services via personal services, which includes doctors, lawyers, accountants and consultants, for example.

Bederson’s Brennan says, “[This] has a lot of people concerned, because [many] of our smaller clients are doctors and lawyers, and they do provide personal services. Unless they make, basically, under $315,000 of taxable income on a married, filing jointly return, they are not going to see any of those qualified business pass through benefits that an individual would see if they were in a manufacturing or a retail type establishment, where they are not providing personal services.”

In broader terms, Michael J. Coletti, CPA, New Jersey office managing partner, Mazars USA, says, “On the small business level, the flow through is, again, a complicated calculation, and there are limitations based on wages or basis, depending on if you don’t have wages in the company. But, there’s a calculation, and there is business deduction that flows through to the shareholder, or the individual, at that point. But, everybody is kind of looking at it and saying, ‘Should I be a C Corp or should I be a pass through?’ [in light of the federal tax reform] And, again, the answer depends. You need to evaluate that.”

At the state level, on many people’s minds are concerns about the aforementioned “millionaires tax” – a potential tax on New Jersey residents earning more than $1 million annually – and, separately, a potential $15 minimum wage, of which some businesses are extremely concerned. The small business argument, in many cases, is that while the minimum wage idea may “sound good on paper” to the general public, it will increase costs for businesses and ultimately drive them out of the state.

During his March interview with New Jersey Business magazine, Phil Goldstein, said, “I think [Governor] Phil [Murphy] needs to sit down with the CPA professional a little more closely. I understand that there are problems in this state, but I think solving those problems is not taxing those people to want to leave. That’s my personal opinion. … Businesses don’t want to be taxed, and they are losing tax deductions.”

While many New Jersey accountants may be working longer hours dealing with a range of issues, the entire accounting industry itself will likely increasingly be undergoing changes as technology automates more low-level tasks, resulting in more advisory work as accounting firms also try to increasingly target high net worth individuals in this vein. On the corporate side, auditing continues to be more focused on advances in technology and cybersecurity.

Craig R. Johnson, CPA, tax partner, Holman Frenia Allison, P.C., says, “There is going to be a lot more ‘robots’ doing certain [accounting tasks], and by robots, I mean computers. That is a concern as the industry goes forward. Consulting and things of that nature, and tax planning, are going to become more and more important.”

That said, it was long ago predicted that computers would render accountants obsolete, and this simply hasn’t occurred. Rather, while the accountant of yesteryear might have stereotypically been “bookish” and “good with numbers,” today’s accountant is almost stereotypically high in emotional intelligence and analytical skills. Predictions run the gamut, but regarding the need for accountants, Goldstein says, “Nothing is going to streamline, in my mind, making decisions and helping clients go in the right direction, because that’s a personal thing. You sit in front of somebody, and they are an aggressive person, or they are a very conservative person – or somebody who might be in between. What style and direction they want to go in is very, very personal.”

New Jersey has long been noted for its access to Manhattan and Philadelphia, excellent transportation system, nonpareil education systems, and stellar quality of life, for example. The question that remains unanswered is how federal laws and state challenges may affect the state’s long-term trajectory as an ideal locale for both residents and businesses. One thing is clear: There is much to celebrate about the Garden State, and, if history is any lesson, concerns at a particular point in history may foster short-term and myopic views, obfuscating longer-term views. In this case, so many variables and “unknown, unknowns” exist in a long-term view that the future may, in fact, be brighter than ever for all concerned parties.