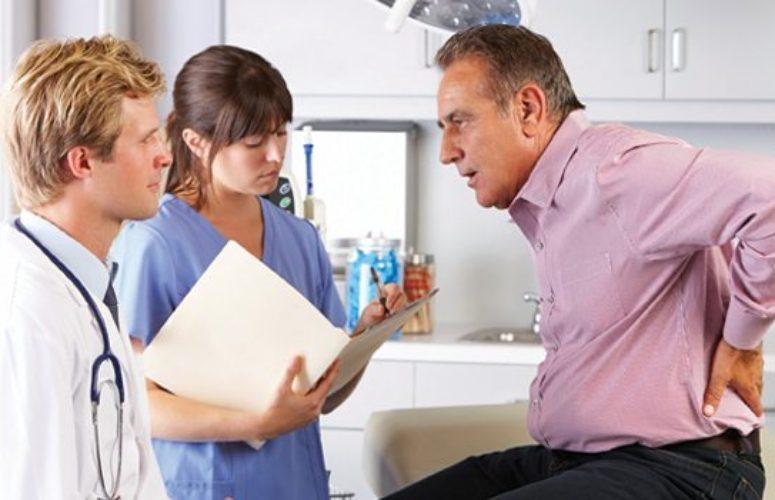 The ACO healthcare paradigm is taking the nation by storm, benefitting both patients and health insurance companies.

Healthcare costs have been skyrocketing for years, and accountable care organizations (collaborations between health payers, physicians, and, at times, hospitals) aim to keep patients healthier by rewarding physicians for aggressively pursuing preventive care and also ensuring, in part, that doctors take responsibility for managing chronic conditions, resulting in fewer in-patient hospital stays and emergency room visits. ACOs benefit patients via the attentive care they receive, and payers gain by having healthier – and hence less costly – patient populations. In the ACO model, if physicians – especially primary care doctors – demonstrate they are administering preventive care and are mindful of treatment plans, they receive financial bonuses from payers.

In more traditional patient/payer/physician relationships, physicians are not rewarded for spending extra time with patients to address medical concerns such as obesity or diabetes, and have no monetary incentive to ensure that tests are carefully planned to achieve maximum health benefits.

Dr. David Shulkin, president of Morristown Medical Center, and president of the Atlantic Accountable Care Organization, explains, “If a primary care doctor does a better job managing his or her patient, and makes sure the patient gets the right services – and the quality of care goes up and its cost goes down – that primary care doctor can actually earn more money. There is a link in the doctor’s mind that this is not about just seeing more patients; this is about ensuring patients are getting the correct care. With ACOs, we see that primary physicians are spending additional time with patients who need it – the sicker patients, or the patients who are more complex. And ACOs reward them for that extra time. This is a big shot in the arm for primary care doctors, because prior to the advent of the ACO concept, it just seemed like it was only about trying to see more and more patients, to try to keep the doctor’s income up.”

That said, human beings are often suspicious of change, and Timothy Ford, executive vice president of Health-Lynx (which is in effect a subsidiary QualCare), says, “Patients offen wonder: ‘Is an ACO an HMO in a new cloak?’ The answer is ‘no.’ Most ACOs, in contrast to HMOs, do not have a specific ‘gatekeeper model,’ in which a patient typically needed to get the permission of their primary care physician to see a specialist, or to get an extra test. Most ACOs do not have that, and they emphasize soft persuasion, meaning [doctors] communicate to the patient what’s good for them, and what the best care is that they can receive. This is versus empowering that primary care physician to actually control the care that they receive.”

The term “accountable care organization” was first coined in 2006 as more of an academic concept, and ACOs might have risen in popularity on their own in an out-of-control- healthcare-costs arena. Yet, because they were legislated into the Affordable Care Act, their prevalence has recently exploded.

Since ACOs across New Jersey and the nation are so new, many of them haven’t yet received complete data results, but the data that has thus far been analyzed generally reveals precisely what was intended: healthier patients and reduced costs.

An initial curiosity is that hospitals are often spearheading ACOs; these facilities stand to lose income because ACO patients won’t need many of the acute-care services hospitals offer. Hospitals are already besieged with charity care patients, and, among other obstacles, face competition from ambulatory surgical centers.

Morristown Medical Center’s Shulkin explains, “It’s not intuitive that hospitals would embrace the ACO concept, because with accountable care organizations, if you do a better job in managing and preventing illness, less people are going to be using hospital services, including emergency rooms and imaging centers. Therefore, the question is: ‘Why would hospitals like Morristown Medical Center in particular, work so hard to develop accountable care organizations?’ The answer is that those of us who are running these organizations understand that the path that we were on – which was just continuing to do more and more volume, with the cost of care rising double-digits each year – was not sustainable, and not a good thing for the country, because businesses weren’t able to continue to afford those types of cost increases. We actually had to step up and participate in ACOs. And if hospitals had decided to not participate in the model of care that is changing, we’d be like many businesses that ignored major industry trends – you know what happens to them: They end-up not being useful and go out of business. There really is an imperative for everyone who is involved in healthcare to participate in the change, and – for those who believe in it – to lead the change. The hospitals will come out of this looking different than before, but I think that’s a necessity. The role of the hospital will change in the future, the role of the doctor will change in the future, and, hopefully, we will end-up with better outcomes for patients.”

Specifically, Shulkin believes there will be a reduction in the number of hospital beds and hospital services across the nation. Yet, he notes that if hospitals provide better outcomes and reduced costs, they will gain market share and increase profitability. On the other hand, hospitals that do not improve quality and costs will lose market share and associated profitability. Shulkin adds, “It’s just like any other business.”

Joseph O’Hara, director of ACO models at Horizon Blue Cross Blue Shield of New Jersey, notes that Horizon has 13 ACO partners. Among those, some are facility-based, but Horizon also has four ACOs that are physician-led, comprised of primary care physicians and specialists who have connections with ancillary providers. These ACOs have not aligned with a particular hospital facility.

O’Hara says, “We see having a mix as a good thing. There is no evidence out there that facility-led ACOs or physician-led ACO organizations are better than the other. We like to think we have set up an experiment, and over the next five to six years, we will see which performs better.” Overall, Horizon’s medical home and ACO programs involve more than 500,000 New Jersey-based patient members.

A different company – Aetna – has various arrangements, including: accountable care organizations, Medicare collaborations, patient-centered medical homes and other value-based contracts. When considered in the aggregate, Aetna will have approximately 20 percent of its New Jersey membership in an accountable-collaborative model, by year’s end. Michael Costa, vice president of network for New Jersey Market, Aetna, explains, “That’s probably upwards of over 200,000 members, since we have about 1.1 million members in New Jersey. Currently, we have four ACOs that are up and running and they are all doing very well. We have a number in the pipeline, as well; there are another two to three that could potentially get announced this year. The pipeline is strong, and we continue to look for provider partners to help transform the healthcare system, here in New Jersey.”

At press-time, Aetna and Summit Medical group entered into an agreement – similar to an ACO – which will involve approximately 1,000 of Aetna’s Medicare Advantage members and implement shared data, financial incentives and care management to maximum health outcomes for this patient population.

As another example of ACO success, the pay-for-performance model jointly designed by AmeriHealth New Jersey and Cooper University Health Care rewards the delivery of high-quality and cost-effective care by encouraging collaboration and care coordination across the delivery system (the hospital, specialists and primary care physicians), and it promotes clinical integration of a hospital and its medical staff.

Judith L. Roman, president and CEO, AmeriHealth New Jersey, says, “Our partnership with Cooper Healthcare has exceeded our expectations, so much so that we are exploring ways that – together with Cooper – we can expand the program to help even more members reduce costs and expand the model throughout the state. To date, more than 11,500 people [have] enrolled in our Cooper Advantage Plans.”

Dr. Adam Jarrett, chief medical officer, executive vice president of medical affairs at Teaneck-based Holy Name Medical Center, explains there are two divisions of its ACO: an ACO agreement with Medicare, and another ACO agreement with Horizon. The Medicare ACO is larger: approximately 140 physicians and nearly 10,000 patients. A subset of that ACO is its Horizon ACO, comprised of approximately 80 physicians and about 3,500 to 4,000 patients. The latter involves the same physicians, but has a different patient population because not all the physicians participate in Horizon.

With ACOs continuously on the rise, their long-term prognosis remains unclear, because most are new. Dr. Jarrett says, “There are people who are smarter than I am, who have told me that the model that is coming from Medicare and the private insurers will probably get tweaked a little bit, and that this is not going to be the final model. It wouldn’t surprise me, if, over the next three to five years, the ACO model is supplanted by another model that [adjusts] this model a little bit. I do not think we are in the final stages of healthcare reform; I think ACOs are a step along that path. However, the concept of providers having financial risk in terms of medical care is not going away, and most experts would tell you that that’s not going away. Providers are going to be more and more responsible for the costs of care. That’s a good thing. That’s the reality of the world in which we live. When providers have some responsibility, I think better clinical decisions are made.”