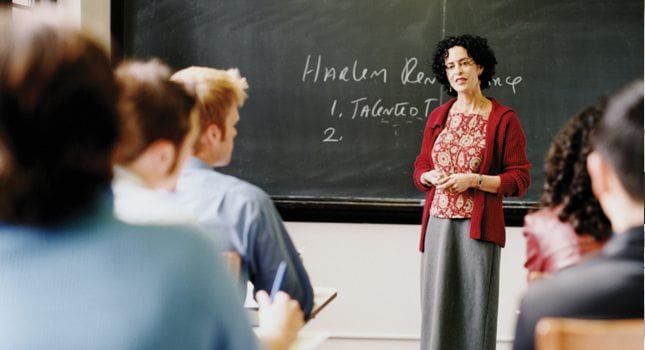 Academia and Industry: Perfect Together

By Rochelle Hendricks,, Secretary of Higher Education On Aug 4, 2014

Businesses and industries looking to relocate to the Garden State will find capable and willing partners in New Jersey’s colleges and universities.

We offer some of the finest public and private institutions of higher education in the world. New Jersey’s colleges and universities consistently rank in the top five in the nation, and we are working hard to continue strengthening collaborative ties between research, industry and academia.

In short, the days of the “ivory tower” are long gone. New Jersey higher education is open for business.

Under the leadership of Governor Christie and Lt. Governor Kim Guadagno, we have developed an aggressive and inclusive new philosophy in this state. Today, higher education is not only part of the conversation, but it is playing a key role in rebuilding the innovation ecosystem in New Jersey.

I was honored when the Governor asked me to chair the Council on Innovation, with the specific charge to create productive partnerships between academia and industry. Together, we are exploring new markets and encouraging cutting-edge research. We are streamlining intellectual property agreements. We are marketing the assets that have been hidden too long in this state – such as the fact that Rutgers, the State University, has the No. 1 chemistry program in the country, and that the new engineering program at Rowan University is so popular that a second building is being constructed to accommodate the demand.

We restructured our higher education system in 2013. The changes provided Rutgers with a top-notch medical school, while Rowan, which plans to double its student population in 10 years, now has two medical schools to serve the state. The restructuring, which began in July 2012, is already providing benefits. Rutgers and Rowan both report impressive increases in research funding and federal grants.

Since the restructuring was initiated, Rowan University has seen:

In addition to the benefits of the restructuring and the strong performance of our higher education institutions, there are other exciting signs that change is underway. For example, the New Jersey Innovation Institute (NJII) is a corporation formed by the New Jersey Institute of Technology (NJIT) to apply the resources of the state’s science and technology university to challenges identified by industry partners.

NJII is comprised of innovation labs that follow industry-led agendas.

By taking this approach, the NJII spurs product creation, develops solutions for sector-wide and/or company-focused challenges and serves as a catalyst for regional economic growth.

Our agency – the Office of the Secretary of Higher Education – in partnership with other state departments, is working to ensure that students are college- and career-ready to address the workforce demands of New Jersey business and industry.

Under the leadership of Lt. Governor Kim Guadagno, New Jersey’s Partnership for Action is an umbrella organization that relentlessly works to grow businesses and create jobs. Working closely with Choose New Jersey, the New Jersey Business Action Center, the Economic Development Authority and the Department of Labor and Workforce Development, the Lt. Governor has been a tireless crusader, promoting the impressive and extensive assets of this state.

She has called attention to the unique job training consortium established by New Jersey’s 19 community colleges and to the Talent Networks created by the Department of Labor and Workforce Development, directly meeting the needs of the workforce by identifying what the market needs and helping connect students with jobs.

Facilitated by the Council on Innovation and strong partnerships with groups such as the New Jersey Business and Industry Association, we are cultivating a rich soil for entrepreneurship, new markets and cutting-edge research to take root and bloom in the Garden State. The future is bright, the path is clear: higher education and businesses are working together perfectly in New Jersey.

NJIT President Bloom Named Educator of the Year by ACECNJ