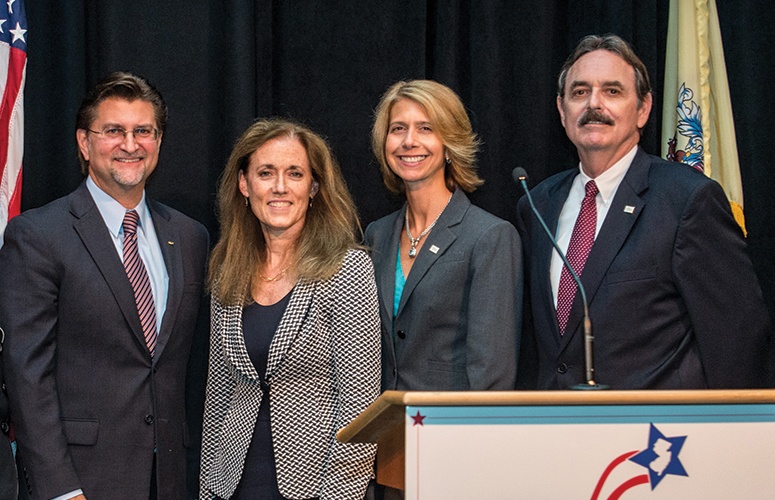 Later this month, the local committees and the businesses leaders who make NJBIA Employer Legislative Committees (ELCs) such an effective grassroots organization will gather in Long Branch to celebrate the organization’s 60th anniversary, as well as long-time executive director Frank Robinson’s 40 years of service in Trenton. (More on that in a minute.)

For the uninitiated, ELCs are NJBIA’s grassroots affiliate. Individual committees representing all 21 counties offer local businesses the opportunity to meet regularly with legislators, congressional representatives, local officials, and even governors and U.S. Senators to discuss business issues that affect their communities.

Although affiliated with NJBIA, each ELC operates independently. There’s no formal membership and no dues: Meetings are held over breakfast or lunch, and attendees simply pay for their own meal.

“There’s just no other business organization like them,” says Kevin O’Connor, an executive with the water company Suez who has been active in ELCs for two decades, including a two-year term as former state ELC chair. “Each ELC is perfectly equipped to address the local issues that can vary widely from county to county, but still has the statewide presence to impact the big issues that everyone has to deal with.”

While each committee is independent and a local organization in its own right, they all have the support of NJBIA. Which brings us back to Frank Robinson.

He is the executive director of the ELCs, a role he took over 16 years ago shortly after he joined NJBIA. But his career in New Jersey politics goes back much further. Robinson began 40 years ago as an aide in the New Jersey General Assembly, and throughout his time in Trenton, he has worked with presidents, members of Congress, governors, state legislators, and county officials.

“He is a tireless advocate for business, both large and small,” says NJBIA President and CEO Michele Siekerka. “His leadership and guidance have kept the ELCs at the forefront of local politics and made their meetings a must for legislators and companies that care about what goes on in New Jersey.

For his part, Robinson credits a host of people for the success and longevity of the ELCs – the county chairpersons, the lobbyists from NJBIA and the three ELC coordinators who help him.

“The chairs are all volunteers and they have their own organizations to run,” Robinson says, “so the fact that they take the time and effort for the ELCs is truly humbling. And NJBIA’s lobbyists take turns making every meeting in every part of the state, no matter how busy they are.

“And words cannot convey how invaluable our ELC coordinators have been – Danielle Wink, Marcy DePula and Toni Mola,” he says.

Members of the business community are welcome to join in the celebration Tuesday, June 18, from 6 to 8:30 p.m. at the Ocean Place Resort & Spa in Long Branch. To register, visit the events page of our website, www.njbia.org.

The event is also great for networking with this list of honorary chairs: